Kill Emma's friends to watch her suffer (both succeeded).
Kill Emma Duval and her mother Maggie Duval.
Frame Mr. Branson for her crimes (both failed).

Initially claiming to be a visiting pod-castor investigating the new Lakewood murders, it is revealed she is the daughter of the original killer, Brandon James, and his best friend Maggie Duval. After Brandon's death by police, Maggie's parents made her give up the baby for adoption, with Maggie never even knowing if the baby was a boy or a girl.

This drove Piper mad, as she believed her younger half-sister Emma had "the perfect life", while she never got to know her parents. Piper was sent to the blessed sister's children home, where she was foster sisters with Kristin Lang. Ultimately, Piper was invited to Lakewood by Audrey Jensen, who revealed her parentage in a fit of rage and looked to collaborate on a documentary about Brandon James. With her secret lover, Kieran Wilcox, Piper planned a "reboot" killing spree, targeting Emma's friends in order to make her suffer as well as avenging her father Brandons supposed death for whom she blamed her for mother for.

Piper was also a famous podcaster, who documented murders. She used this as her cover to interact with the citizens of Lakewood, and also "bonded" with Emma. With her and Kieran assuming the identity of Ghostface, fashioned after Brandon James, she took great pleasure in making Emma suffer by killing her friends, and making Emma feel indirectly responsible. Emma grew to trust Piper and would confide in her, unknowingly giving the killer information. This would only confirm to Piper that she was succeeding in her goal.

Piper carefully orchestrated the 2015 Lakewood Murders, with Kieran providing a backup plan should anything go wrong. She also decided to kill and frame Seth Branson for the murders after Emma and Maggie were dead. Eventually, after the death of Clark Hudson, Piper was ready to finish her plans and kidnapped her mother, Maggie, so that Emma could have a final showdown where she kidnapped her mother, Maggie. She gleefully revealed her true self to Emma when she arrived, taking in pleasure in Emma's shock and horror that someone she considered a friend was the killer.

After revealing her plan, Piper managed to severely wound Emma and her mother, slashing Emma's stomach and stabbing Maggie in her side. As she prepared to finish Emma off, she prepared to reveal her "final surprise", (the revelation that Emma's lover was actually Piper's accomplice and lover), Audrey intervened and shot her in the chest with Kieran's gun. She emerged a few seconds later and was shot in the head by Emma. Her corpse fell into the same lake that her father's did but wasn't found. Kieran, who did not come to be revealed at the docks and stayed behind, retrieved her corpse from the lake. He stored it in the Orphanage she lived in until it was eventually found.

In Season 2, Kieran continued Piper's work once Emma returned from a therapy retreat, starting the killing spree all over again. He proceeded to terrorize and murder the people she failed to kill: Murdering Seth Branson and Jake Fitzgerald, stalking and harassing Audrey about her involvement with Piper and making Emma suffer by killing her friends (The same way Piper did). However, Kieran was defeated in the end by Emma and Audrey, who had him hauled off to prison.

Eventually after his trial, Kieran was murdered in courthouse holding cell by New Lakewood Slasher. 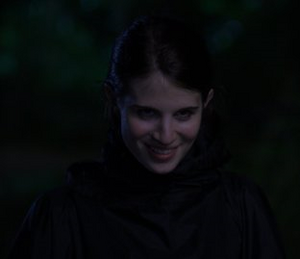 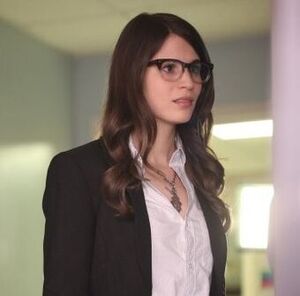 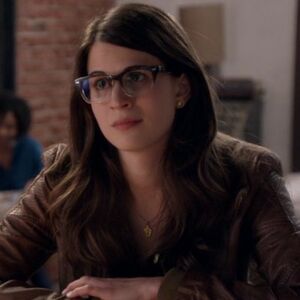 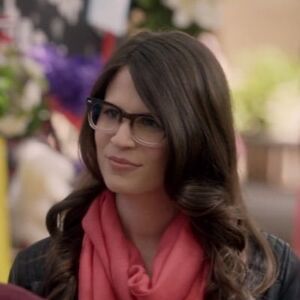