Pirates of the Caribbean
Matey
Rascals and Scoundrels

Pirates of the Caribbean (Rides)

The Pirates are an antagonistic group of unnamed villains who acted as the main antagonists of sorts in the original "Pirates Of The Caribbean" ride in Disney.

The ride was notably dark for a Disney-themed ride, especially the storyline - which was graphically depicted through the famous song as well as animatronic puppetry.

Throughout the ride visitors are told of the average life of these fearsome pirates, who like the song states, engage in regular acts of brutality and crime on a daily basis - the ride showcases the drunken pirates as they go on a rampage: terrorizing a seashore town and generally causing widespread havoc. 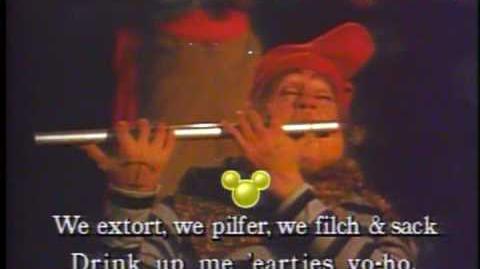 Yo Ho (A Pirate's Life For Me) - Pirates of the Caribbean