Pitch Cock made his first appearance disguised as a cameraman he used his Peacocken and transform Patren2gou into a girl. A while later during the shoot out between the two teams he'd introduced himself to them and he'd done it again transform Patren1gou into female and Patren3gou into a male after that he'd went back inside.

During the 3rd take the staff and stuntmen revealed themselves to be Pordermen in disguise, however when the group thought Pitch Cock was disguised as a director turns out he was actually disguised as a cameraman filming the shoot and so he'd battle the gender-swapped cops and the thieves. He'd manage to make the two teams to fall onto their bottoms when they're on the ground, but in the air not so much and during the aerial fight Lupin Blue gained access to Pitch Cock's safe (which is 1-0-8) and got a Fais rouler Beethoven (which translate as "Roll Over, Beethoven") tire and when he was about to gender-swapped thieves the trio dodged the attack, but managed to hit the gender-swapped police by mistake thus reverting back to their actual gender and was taken out by the Biker Suppression shot.

However thanks to Goche Ru Medou she'd managed to enlarge Pitch Cock and he'd battle the Lupin Kaiser Knight, however he manage to transformed the sword into a hammer and that was a mistake as he was destroyed by this finisher called GoodStriker Rapid-Fire: Spinning Barrage Hits. 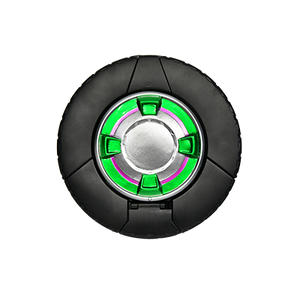