Antonio is the owner of the Antonio's Pizza-Rama food chain, a famous New York City pizzeria in the 2012 Teenage Mutant Ninja Turtles TV series, at least until he was turned into the evil Pizza Face when he was exposed to a canister of mutagen in the second season. He is the titular main antagonist of the episode "Pizza Maze" and a cameo antagonist in "Meet Mondo Gecko".

He was voiced by John DiMaggio, who also played Bender in the Futurama franchise, and The Joker in Batman: Under the Red Hood.

For a long time, Antonio was just an alluded character that appeared in pizza boxes, but he was also the owner and main chef of Antonio's Pizza-Rama. As revealed in the episode Pizza Face, Antonio found one of the Kraang's lost mutagen canister, and, due to his culinary curiosity, he tasted it hoping it would turn out a good ingredient for his beloved pizzas.

The mutagen caused him to mutate into a pizza monster with the ability of creating living pizzas that would help him to capture humans for satisfy his hunger. Michelangelo was the only one left to stop him as his brothers and Splinter were already under Pizza Face's control and so he literally ate his way to victory, eating the cheesy villain from his insides only leaving a slice behind that freed the humans and his brothers. Pizza Face's last slice attacked Mikey and caused him to faint, then he woke up at home and thought it all was a dream, but as it turns out, Pizza Face was actually inside an empty pizza box in his room.

He was also seen attending Mr. X's X-treme Skate to the Death Death-a-thon 5000 with great excitement, and would've died when the Blackhole Generator destroyed Earth, which was luckily reversed. It is unknown what happened to Antonio afterwards. 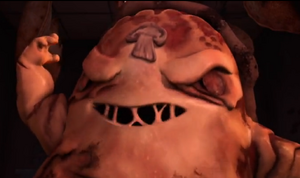 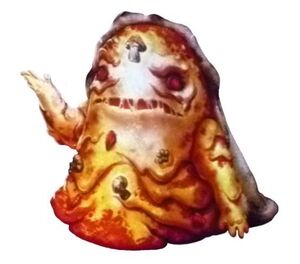