Member of Deok-su's gang in the 33rd Squid Game

Hanging around with Player 040.

Player 303 is a minor antagonist of the first season of the South Korean Netflix drama series Squid Game. He is a member of Jang Deok-su's gang in the 33rd Squid Game.

He was portrayed by Kim Dong-won.

Not much is known about Player 303. Like the other participants of the games, he has severe financial problems to deal with, to the point that he accepted to join the 33rd the Squid Game with 455 other players. Upon being taken by the staff to the island where the games happen, he was designated the number "303" and the masked workers dressed him in his player uniform before the beginning of the games. 303 survived the first game (Red Light, Green Light), along with 200 other players.

After 187 players rejoined the games, he is first seen before the second game, as a new teammate of Jang Deok-su (along with Player 278 and Player 040), when the gangster tries to convince Kang Sae-byeok to join his gang. Deok-su fails and Sae-byeok warns his new teammates that the gangster is traitorous, having stolen from his own subordinates and even his boss. Han Mi-nyeo appears and asks to join the team, but Deok-su mocks Mi-nyeo, while Player 303 and the others laugh at her.

The location of the second game is a playground. The announcer says that players must choose one of the four shapes on the doors (a circle, a triangle, a star, and a umbrella) and stand in front of it. Player 303 follows Deok-su and chooses the star for his shape. The second game is revealed to be Dalgona (Sugar Honeycombs), so Deok-su and his teammates ended up picking the second hardest shape. The announcer says that players have 10 minutes to cut out their shapes without breaking or cracking it. Player 303, 278, and 040 struggle to finish their shapes until they notice Seong Gi-hun (Player 456) licking the back of his dalgona candy. Although they initially stare at Gi-hun in confusion, the three then copy Gi-hun's strategy and successfully pass the second game.

After surviving the second game, the gang is gathered. Mi-nyeo, who was just accepted in the group, is with them. They all hear the announcer say that 79 players were eliminated in this round, and witness ₩7.9 billion being added to the piggy bank. With this, 108 players remain in the games.

During lunch time, each player only receives a hard-boiled egg and a glass bottled soda from the masked staff. Mi-nyeo suggests that they should go back for seconds, so Player 303 and the others of Deok-su's gang cut the second line to get more food. Because of this, a few players don't get any food. One of them, Player 271, later confronts Deok-su's gang for stealing his lunch. As result, they all witness Deok-su beat him to death. Despite Gi-hun's pleas, the masked staff only remove the body and increase the amount of money in the piggy bank. Deok-su faces no consequences for this murder, so they all realize that players can kill each other between games. With this, 303 and the others in the gang plan to start a riot after the lights go out. Later, with less than 5 minutes before the lights out, Player 111, who is a doctor called Byeong-gi, joins the team after offering information about the next game to Deok-su.

After the lights go out, Deok-su and his gang lead the riot. As the lights start to flicker on and off, Deok-su's gang follows Sae-byeok when she seeks Gi-hun and Cho Sang-woo's team for protection. This causes the two teams to confront each other. 303 attacks Sae-byeok from behind by breaking a glass bottle on her head, but she is defended by Sang-woo, who attacks him using a metal bar. Player 040 then appears, and kicks Sang-woo off 303. As they face their rival team in a standoff, the riot suddenly ends with the masked men entering the dormitory. 303 and the others are forced to drop the parts of the beds they were using as weapons.

Following the riot, Deok-su's gang discusses the number of players they managed to eliminate, concluding that the amount was 27. As result, now 80 players remain in the games. 303 is seen still covered in blood and comments that they could have ended the competition by killing everyone instead of having to play more games.

In the following day, they enter a white room as the announcer says that the third game will be played as a team and players have 10 minutes to form teams of 10. Before the teams are formed, Player 303 is seen friendly chatting with Mi-nyeo along with Player 040. 303 and his teammates then witness Deok-su kicking Mi-nyeo out of the team, to have a group with only strong men in the third game.

Moving to the location of the game, they enter a space where there are two huge towers with platforms forming a bridge-like structure but with the middle missing. The game is revealed to be Tug-of-War and players should pull the rope towards their platform to make their opponents fall. Hearing this, Player 303 confidently giggles along with Player 278, noticing that they managed form a strong team with only men. Their team is sorted to play first against team 7. Arriving on the platform, both teams play Tug-of-War after being shackled by the workers to the rope. Their team successfully pulls team 7 to their deaths. On the way out, the gang walks past Gi-hun and Sang-woo's team. 303 laughs when Deok-su insults the other team, saying he wished he could've killed them instead. Afterwards, 303 and the other members of Deok-su's gang are reunited talking in the dormitory. They all stop talking and become surprised upon seeing Gi-hun and Sang-woo's team, which now also includes Mi-nyeo, entering the room after winning the third game.

In third game, 40 people were eliminated and now 40 players remain in the games. Less than 10 minutes before the lights go out again, Player 303 playfully sword fights with Player 040 using metal bars. They stop playing as they see Deok-su approaching the group. 303 greets Deok-su by slightly bowing to him. Deok-su orders that they won't start another riot that night. He tells 040 and 303 to put down the parts of the beds and go to sleep. When Deok-su asks where the doctor is, 303 replies that he went to the bathroom some time ago and didn't return. While players are still asleep, during the guard duty of Player 303, everyone is awakened by the lights snapping up and the sound of a siren. Then, they see the masked staff entering the dormitory to check on the players.

After being awakened, all teams stand in lines while being checked by the staff. This is followed by the announcer saying that the fourth game will begin soon. Right after, while going up the spiral staircases, 303 and the other players are surprised at the sight of five corpses hanging from their wrists on a giant mobile: a player, two soldiers, a manager and a worker. A manager explains that this is the fate of the people who broke the rules of the games for their own benefit and tainted the ideology of equality of the competition. Player 303 and other members of Deok-su's gang recognize that the executed player is their doctor, Byeong-gi.

Entering the white room again, the announcer says that players should form pairs for the next game in 10 minutes. 303 decides to team up with his friend and teammate Player 040. Once time to choose partners is over, 303 goes to the location of the fourth game, accompanied by 040. The location of the fourth game is a room constructed to resemble a neighborhood with small houses and alleys. The players gather next to the entrance and are asked to follow the soldiers who will guide each duo to their positions in the place. 303 and 040 are seen together as they follow the soldier who is leading them to their position. The game is revealed to be Marbles, however, the announcer reveals that the partners will have to play against each other instead of together. The one wins all the 10 marbles of the partner in 30 minutes will pass this game. Despite entering the location of the game with 040, 303 is not seen again and 040 is later seen playing with someone else. 303's death is neither mentioned or shown, but he is killed for losing this game as he is never seen again afterwards. 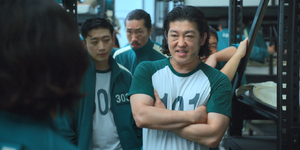 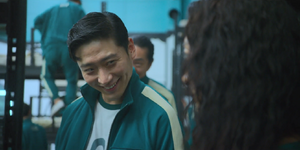 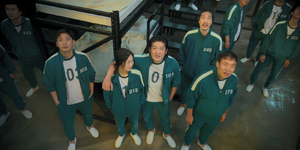 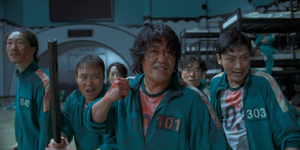 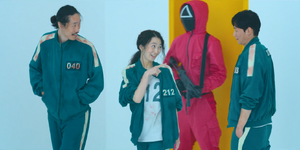 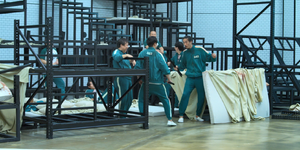 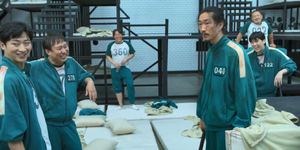 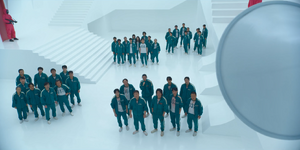 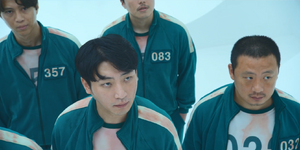 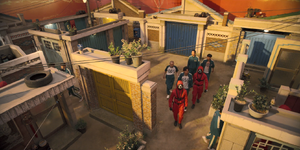 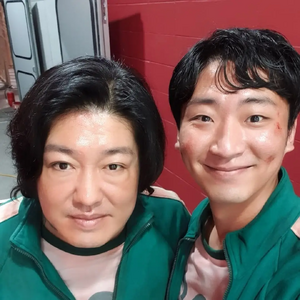 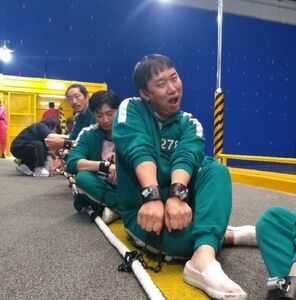 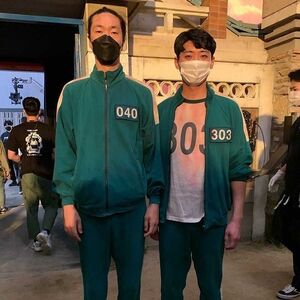