The Ple Clones are a clone army who are created by Glemy Toto, a minor antagonist in Mobile Suit Gundam ZZ. Like their name suggests, all of them are Cyber-Newtype clones based on Elpeo Ple's DNA, who is a former Glemy Toto subordinate who later defected from him. They are members of the Glemy Faction.

All of them share the same characteristics with Elpeo Ple , however they are significantly stronger than the original Ple as well as more cold and ruthless, but mentally unstable unlike the original Ple. Initially, Glemy wanted to use all of them for defeat Haman Karn's forces, however, he decide to awaken Ple Two in order to defeat the Argama and Judau Astha. At her first awaken, Ple Two use Psyco-Gundam MK.II which is previously piloted by Rosamia. Though she failed to defeat him, she success kill the original Ple who use a suicidal attack to defeat Ple Two

When Glemy is ready to fight Haman Karn to lead the civil war, he awoke all the clones in episode 48. The clones were lead by their "older sister", Ple Two. Most of them piloted the Qubeley Mass Production Type (which were more powerful than Haman's Qubeley and Elpeo Ple's Qubeley), while Ple Two lead them with her Queen Mansa. After Glemy's death and Ple Two's defection, the remaining clones join the battle on the Glemy Faction's side due his influence. At first they all sought to destroy both Haman and Judau, but Chara Soon offer herself to defeat the clones, which lead to a battle with her and the clones. Chara easily defeats most of them, which make her uses a suicide attack to destroy the last Ple clone.

However, it is later revealed in Mobile Suit Gundam Unicorn that at least one of the clones survived after the first Neo Zeon war. Ple Twelve, going under the name Marida Cruz survives after seeing her "older sister" killed during their battle with Chara Soon and was left to float in space until she is retrieved and sold to human traffickers to become a young sex slave. After years of sexual abuse, she is later rescued by Suberoa Zinnerman and once again becomes a MS Pilot, giving her a new name, Marida Cruz. 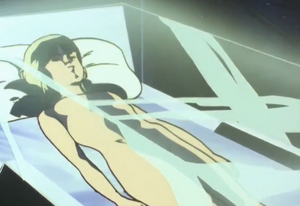 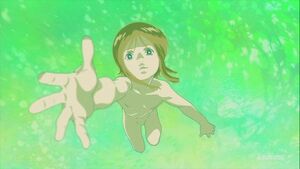