Getting revenge for her grunts

Defeat the player for her grunts.

Plumeria is an antagonist in the video game Pokemon Sun and Moon. She is the admin of Team Skull who sees her grunts as her "Cute, dumb brothers and sisters". She has a reputation of being known as the Big Sister of Team Skull due to her strict but caring nature towards her lower grunts.

The player first encounters Plumeria at the Memorial Hills shortly after beating two Team Skull grunts. Plumeria introduces herself, first hearing about the player from Gladion. She reveals herself as a member of Team Skull, and then battles the player for revenge on defeating her grunts. After her defeat, she goes to leave, but not before warning the player not to interfere with Team Skull any longer.

After Lusamine fled to the Ultra Space alongside Guzma at the Aether Paradise, the player and Lillie heads to Poni Island in order to summon Solgaleo/Lunala to save them. At route 16, however, they are stopped by a group of Team Skull grunts, angry and upset that their boss is missing. The grunts challenges the player to a battle, while Plumeria watches from a distance. After they are defeated, they attempt to battle again, but were stopped by Plumeria, asking if the player can really retrieve Guzma. She apologizes to Lillie for her actions, and as a way to apologize to the player, gives them the Poisonium Z before leaving.

After beating the Pokemon League, Plumeria can appear as one of the challengers for the Alola champion title, convinced to do so by Nanu and Molayne. It is also revealed that she is no longer a member of Team Skull.

Plumeria made her debut in SM104.

Plumeria is known as the big sister of Team Skull because she treats her grunts in a strict, but caring way. She views her grunts as her little brothers and sisters, and doesn't like the idea of anyone defeating her grunts. As a result, she will battle those who defeated her grunts as revenge, which is what motivates the first battle against her. 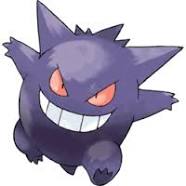 Add a photo to this gallery
Retrieved from "https://villains.fandom.com/wiki/Plumeria?oldid=3319136"
Community content is available under CC-BY-SA unless otherwise noted.