Kill and torture as many players as he possibly can.

Bring fear and oppression to the players in Sword Art Online.
Recruit players outside of Japan to kill all Asian players and Fluctlights in the Underworld.
Kill Kazuto "Kirito" Kirigaya and his friends (all failed).

Vassago Casals (in Japanese: ヴァサゴ・カザルス, Vasago Kazarusu), better known by his online handle PoH (in Japanese: プー, Pū), is a major antagonist in the Japanese science fiction light novel franchise Sword Art Online, as well as its anime & manga adaptations. He first appeared as the overarching secondary antagonist of the Aincrad Arc before reappearing as the secondary antagonist of the second half of the Alicization Arc, known as the War of Underworld Arc. He also appeared as an antagonist in the video game Sword Art Online: Hollow Fragment.

PoH is the leader of the Red Guild Laughing Coffin and one of the 10,000 Players who were trapped in Sword Art Online. His guild was later destroyed by a large force of clearers, but he was neither killed, nor captured during the crusade.

He was voiced by Tsuyoshi Koyama in the anime and voiced by the late Keiji Fujiwara in the game in the Japanese version and Xander Mobus who also voiced Momoshiki Ōtsutsuki & Shizuma Hoshigaki from Boruto: Naruto Next Generations in the English version.

Like the other members of Laughing Coffin, he wears a hooded cloak of dark color covering his face one a shadow, and he wields a kitchen knife dagger Chinese type, called Mate Chopper, but simply know as axe of kitchen. Kirito recalls that PoH had an appearance of a handsome man.

Although PoH play a big part in the plot of the anime, he only made ​​his first appearance in April 2024, along with two other members of the guild, Red-Eyed XaXa and Johnny Black. They were hired to assassinate Grimlock, Schmitt, Caynz and Yolko, who were all members of his former guild, the Golden Apple, as an attempt to cover up the truth behind the murder of Griselda. Despite the incident, PoH and his companions were prevented by Kirito, who threatened that he had called for reinforcement clearers, making him unable to kill their targets, despite Kirito and PoH they met in face-to-face, nor Kirito at least knew PoH was the leader of the Laughing Coffin.

In August 2024, the members of Laughing Coffin were defeated by a force of clearers on a crusade, most were arrested, however, because of the battle that had been ambushed by the intelligence of PoH, many members of the Laughing Coffin eventually died what would become known as the largest number of deaths, with more than 30 players killed in a single fight in Sword Art online, against the alliance. However, the guild leader; PoH, was not found in the list of people killed or captured at the end of the battle. Poh's whereabouts are unknown after the battle, because there was no sign of him anywhere. However, he is presumed to be alive, as he was not on the list of dead players and also it is known that he still alive after the end of SAO.

Some months later after the Alliance's battle against the Laughing Coffin, PoH watched the duel Kirito against Kuradeel in Kamdet, the main settlement on Floor 74, and quietly left after the duel was over.

Sometime later, PoH heard Kuradeel wanted to kill Kirito for revenge, and thus recruited him for what was left of Laughing Coffin, even teaching him to create the poisoned water that inflicted paralysis.

PoH is a cold, sadistic, cruel and mostly quiet person, he spreads the thought of how many players he really killed by the NerveGear HP engine when a player reaches 0 just look at him, the designer of the mechanism, Kayaba Akihiko, would be the real culprit of the murder as well as PoH and other red players, they were just one of the things Kayaba created when he arrested more than 10,000 players in SAO, so players had the right to kill other players, it also served to enjoy the game as much as normal players and maniacs killers who also killed several people indiscriminately. This idea has attracted several players from orange to go on a mad craze Killing player and took the first murders in the game, PoH was one of these, and to create a group of murder and murderers who worshiped kill other players for fun, he created Laughing Coffin.

PoH is also a man of cool head and hardly loses patience and calm, he analyzes the situation rationally, either normal or in combat, as when he stopped the emotional Johnny Black to hear Kirito before taking any action and ordered his men to withdraw when he learned that Kirito had asked the help of 30 players from the sappers, as well as having drunk one antidote potion ahead and bring many healing crystals with him. He also has a dangerous fixation on Kirito, both because he finds Kirito's ideals of hope and solidarity, which are antithetical to his own, which sickening to him, but because he also resembles his Japanese half-brother, whom he utterly loathes. Because of this twisted hatred, he not only desires to kill Kirito but destroy the foundations of his motivation and beliefs - such as enticing Players to kill one another by playing on their inherent bigotry and distrust, killing Kirito's friends and wiping out all of the inhabitants of Underworld in a bloody massacre. 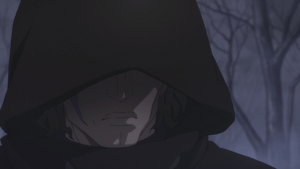 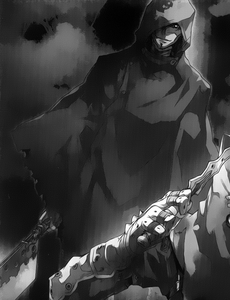 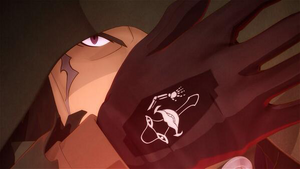 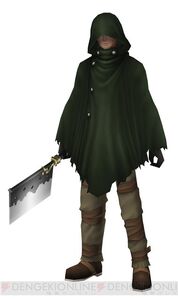 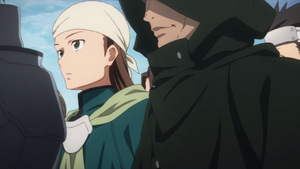 PoH watching the duel of Kirito and Kuradeel. 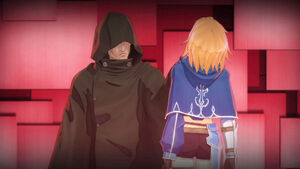 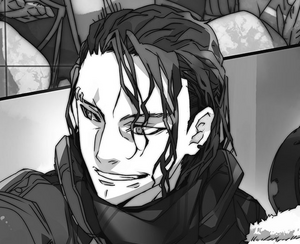 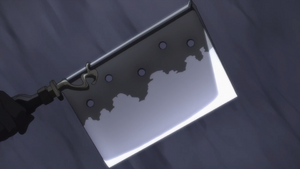 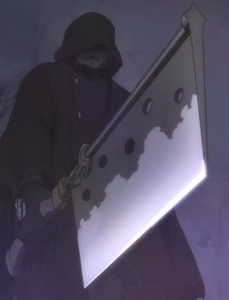 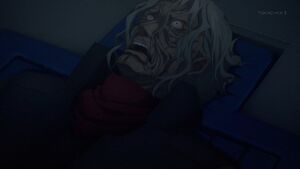 PoH dead
Add a photo to this gallery

Retrieved from "https://villains.fandom.com/wiki/PoH?oldid=4223814"
Community content is available under CC-BY-SA unless otherwise noted.