in the episode, Pocket assists Lady Caine in her plan to disrupt Rapunzel's coronation by him along with everyone else get captured on purpose and have Lady Caine free them and then imprison all the guests. Eventfully he is defeated and sent to prison with his boss.

In "Max and Eugene in Peril on the High Seas" he is one of the many criminals who took over a prison barge along with his boss Lady Caine Stabbington Brothers, Axel, Anthony the Weasel, The Fake The Giovanni and Lady Caine's gang under the orders of Lady Caine However their plan was foiled again and they were locked up again. 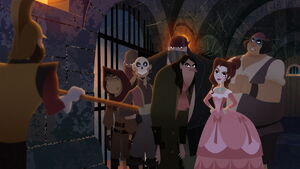 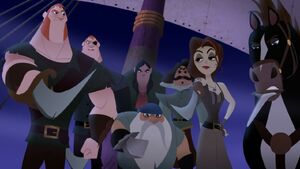 Retrieved from "https://villains.fandom.com/wiki/Pocket?oldid=3625873"
Community content is available under CC-BY-SA unless otherwise noted.