Invasion of the Body Snatchers

Consume all of the planet's resources before moving onto next planets to repeat the cycle of destruction.

The Pod People are the main antagonists who are an alien race that appears in Invasion of the Body Snatchers and its film adaptations. They appear to be perfect copies of the persons replaced, but devoid of any human emotion.

The sound effects for them in the 1978 version were provided by Ben Burtt.

The Pod People are a nomadic race of extraterrestrial parasites originating from an unnamed planet. Realizing that it would be only a matter of time before the planet's resources would be completely depleted, the alien inhabitants somehow managed to evolve and gained the ability to defy gravity, atmospheres, turn their bodies into micro-organic forms, and be able to leave their dying planet in the search of a new world to settle.

For millennia, Pods float in space in spore-like states, propelled by the solar winds, until Pods manage to find and land on inhabited planets. Once there, Pods would replace the dominant native species by spawning perfect but emotionless replicas to the native species. The duplicates had lifespans of only five years, and are impotent; the original bodies of the said native species would then disintegrate once the duplication process was completed. Pods would then ultimately consume all of the planet's resources, leaving in search of yet another new planet. The Pods' sole purpose and concern in life was that of individual survival, heeding no attention to the civilizations they duplicate or the resources they squander.

Pod People's pattern of arrival and drain of planet had been going on in an unknown parts of the universe for some time, and civilizations that were once inhabited encountered Pods met the said fate. But once arriving on Earth their invasion was short-lived: Pods had underestimated the sheer determination humanity displayed in defense. Eventually the Pods lost their war to humanity and fled Earth, leaving behind a small population of duplicates, who all perished shortly after.

After the Pod People's invasion at Santa Mira town, California, they duplicate townspeople and utilize transportation to spread their infestation at an alarming rate. In the end Dr. Miles Bennell, the male protagonist of the movie who lost the female protagonist to Pod People, gets away from the town and tells his story to a disbelieving psychiatrist. After a truck carrying alien pods is involved in an accident, the psychiatrist finally believes Bennell's story, asks the FBI and police to quarantine the town, leaving the final fate of humanity on a positive note.

The pods burst open and begin duplicating people while they are wide awake.

In this adaptation, those subverted can scream in an eerie high-pitched shriek used to alert other Pod People of humans in their midst who have not yet been taken over. They also seem to display extra-sensory perception to a certain degree.

This adaptation does not end with the same hope with which the original novel and previous movie incarnation do, but ends with the Pod People actually successful in taking over almost everyone on Earth: the movie shows several means of transportation vessels being stockpiled with pods to be sent out to other parts of the world. In the very last scene, the surviving female protagonist (in 1958 movie female protagonist succumbed to Pod People) is happy to see the male protagonist (named Matthew Bennell, surname in homage to the 1958 movie male protagonist), only to hear him emitting the alien scream. It is thereby confirmed that the male protagonist has succumbed and despite heroes' best efforts, they were unable to stop the alien force, and that Earth is apparently doomed.

In this movie, the pods and flowers stay dormant until the humans are asleep.

The first notable difference in this movie adaptation of the story is that it takes place on a military base in Alabama, unlike a small California town in the original novel and the first adaptation filmed in 1956, or in San Francisco like in the 1978 movie. While the first two films portraying aliens invading a free open civil society, whereas this adaptation portrays events taking place in fortified place.

This adaptation also departs the farthest from the original novel, compared to the 1956 and 1978 movies. While the military doctor named Steve Malone, like the doctors Bennell in the two earlier films, also has a medical/scientific profession, but the protagonist in this film is his daughter named Marti. The character of Becky/Elizabeth (female protagonists from the first two movie adaptations who happened to be male protagonists' love interests) is dropped completely. In addition, the film features a voice-over narration by Marti. Once again, the duplicates utter a scream when they discover a genuine human, thereby alerting other pod people.

The ending is more uncertain in which the two human survivors (including Marti) after destroying the pod people at the base. The film ends with statement by Marti's duplicated stepmother: "Where you gonna go, where you gonna run, where you gonna hide? Nowhere... 'cause there's no one like you left.". 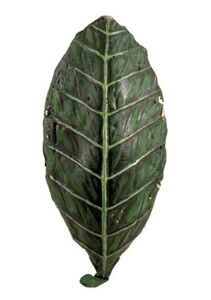 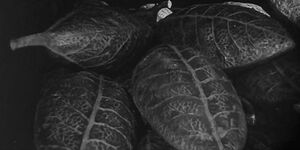 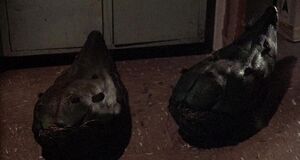 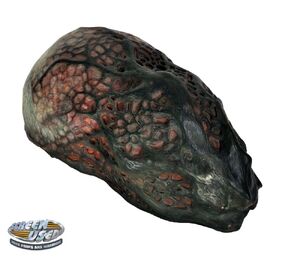 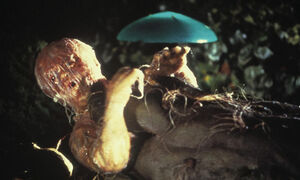 The birth of the Pod People. 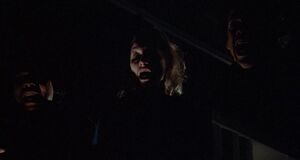 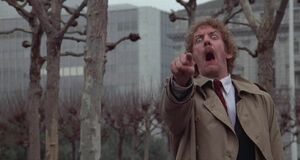 Matthew Bennel as The Pod Man shrieking with the enemy.