To rule Gotham City with her plants

Obsessed Traitor
Poison Ivy is a recurring antagonist in The Batman. She appears as the main antagonist of "Batgirl Begins" and an episodic antagonist for the rest of her appearances. She is the former friend turned nemesis of Batgirl.

She was voiced by Piera Coppola.

Pamela Isley was a young extremist environmentalist. Originally still in High School, she was friends with Barbara Gordon. She convinced her to join her plans to fight against industries that were harming plants in Gotham City, by staging illegal stunts and breaking into them. Not enough for her, Ivy hired the mercenary Temblor to do her dirty work, and dismissed Barbara's warnings that she was getting over her head. Unable to pay Temblor, he was furious to discover this and the fact his "Boss" was a teenage girl with a voice scrambler. Enraged he tried to kill her, Barbara tried to save her, but Pamela abandoned her friend so she herself could escape.

Batman arrived and defeated Temblor, but before he could truly save her, Pamela was exposed to an experimental plant growth formula that mutated her body, turning her into a human/plant hybrid and gave her the power to control and manipulate plants and make pheromone controlling spores when she blows a kiss at her desired target. Transforming her into Poison Ivy

Using her new powers, Ivy furthered her plans, brainwashing people with her spores. She kidnapped Commissioner James Gordon and attempted to kill him; but before she was able to Batman arrived to stop her. Ivy however managed to brainwash him and take him under her control. Batgirl then arrived and managed to save her father but was quickly overpowered by Ivy and Batman. However she managed to break Ivy's hold over Batman. Together the duo managed to take down Ivy. Afterwards she was imprisoned.

Sometime later, following the Mayor planning to tear down Gotham Park and its plants in order to build a new Children's Hospital. Poison Ivy returned, using a flower shop as her base. She kidnapped several of the city's most powerful people and replaced them with her plant clones. The people she kidnapped she placed them in plant pods stasis and infected them with a virus that made them think they were simply enjoying a beautiful flowerly world. She also managed to capture fellow supervillain the Penguin with this and used a duplicate of him to further her plans. Batman, however accidentally killed the clone of Penguin, and found out he was a plant. After saving Batgirl from the plant clone of Commissioner Gordon they tracked down Ivy to her lair. Ivy managed to imprison them in status, but a special defense mechanism built into Batman's built mistook his low heart beat for him near death, and sent an electric shock to try and restart it. This snapped him out of stasis, he freed Batgirl and together they foiled Ivy's plan.

She was one of the many criminals captured by the vigilante Rumor. After being released, she was defeated by Batman and Robin by having Man-Bat crashing into her.

Later still she was kidnapped by Superman's arch-enemy, Lex Luthor, who used her to take control of Superman, by splicing her mind-controlled spores with Kryptonite dust. She gets free by Batman after he beats Clayface 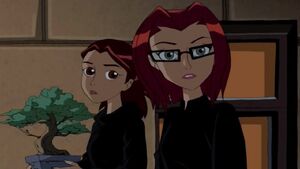 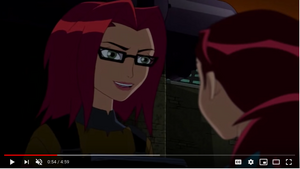 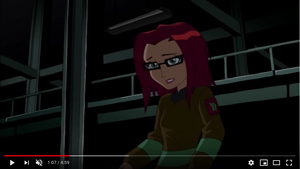 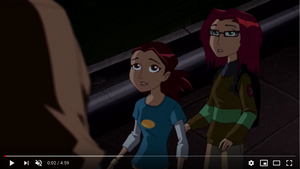 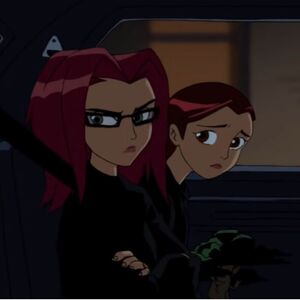 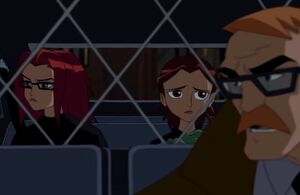 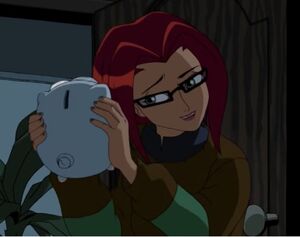 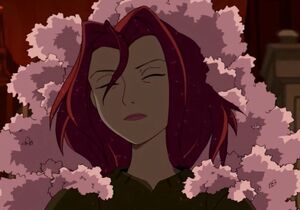 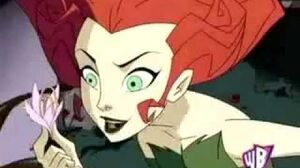 Retrieved from "https://villains.fandom.com/wiki/Poison_Ivy_(The_Batman)?oldid=4247119"
Community content is available under CC-BY-SA unless otherwise noted.