Polarclaw is polar bear-like Decepticon and an antagonist in Transformers: Robots in Disguise.

His vocal sound effects were provided by Steve Blum.

Polarclaw was one of the many Decepticons imprisoned aboard the Alchemor. When the ship crash-landed on Earth by Megatronus, he was freed from his stasis pod. He made his way to the Arctic Circle and he hid up in a mountain cave near a research base. Bumblebee's team picked up his signal, and Optimus Prime, Sideswipe, Drift, Windblade, Slipstream, and Jetstorm left to capture him. Polarclaw threw huge chunks of ice on the autobots from above as they climbed up the mountain. Optimus tried provide cover, but Polarclaw managed to hit him while he was distracted and almost made Optimus fall off the mountain. Windblade transformed into her jet mode and flew up to Polarclaw where she stopped the him from throwing more ice which made him retreat back in his cave.

Polarclaw used his sonic roar to start an avalanche, but the Autobots survived. They scanned for a camouflage color to avoid being detected by Polarclaw. They made their way to his cave, while he was preparing for hibernation. The Autobots observed him, but Sideswipe grew impatient. He attempted to move in on Polarclaw, but his squeaky wheel alerted the Decepticon and then headed out the back exit of his cave. Polarclaw tried to slow down his pursuers by using his sonic roar again to cause a cave in, but it proved to have little effect. As the Autobots spot Polarclaw driving in his vehicle, they come up with a plan. Windblade was able to get Polarclaw into the water as Sideswipe was thrown at Polarclaw by Optimus and Drift to bring the Decepticon further into the water. As he did, Polarclaw attempted to use his sonic roar. However, it proved useless just as Sideswipe stated. The three Autobots surrounded the Decepticon as he prepared to fight them, only for the temperature to obstruct his fighting abilities, thus allowing Optimus to punch Polarclaw unconscious. Optimus picks up their captive and head for one of Windblade's caches to store him. 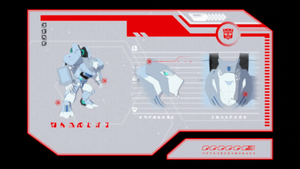 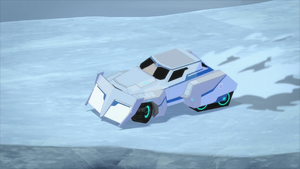 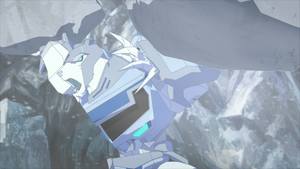 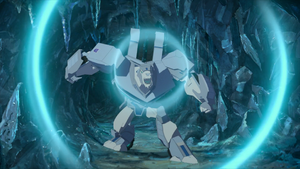 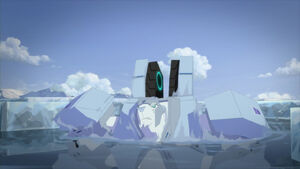 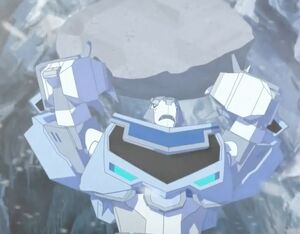 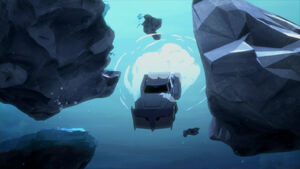 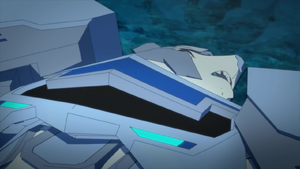