The Police are featured in every Grand Theft Auto game, and thus will often try to arrest or kill the player. Even though they're supposed to help citizens and keep order in the streets, policemen are often (if not always) presented as violent, corrupt and overzealous who are not afraid to abuse their authorities.

Policemen on foot and police squads will often appear in the streets of the Grand Theft Auto's world, and will spot any player who commits a "major" offense. For instance, crossing a red light (even recklessly) in car won't make policemen pursue the player (even if the protagonist is guilty of causing the accident), but discharging a firearm in public or near a cop will.

In every Grand Theft Auto game, cops will pursue the player for the following offenses: discharging a firearm, stamping or smashing a police car, killing an NPC, setting fire on an area with a Molotov cocktail, detonating a grenade, exploding vehicles, crushing many pedestrians, stealing a car (or attempting to do so - in the case of some locked vehicles) or trespassing some restricted areas (like Area 69 in Grand Theft Auto: San Andreas). Some offenses are specific from a game: for instance, drug dealing in Grand Theft Auto: Vice City. Also, cops will often appear (almost always as antagonists) in some scripted missions.

When the protagonist is wanted by law enforcement, they will earn a wanted level. It is an indicator which appears on the HUD (usually in the top-right corner). The higher is the wanted level, the more the police want the protagonist dead, and so the more are the resources mobilized. To stop any pursuit, the player must lose their wanted level. In every games, accomplishing a mission will always clear any wanted level, except after the Dam & Blast mission in San Andreas.

In Grand Theft Auto IV, the police is far more dangerous than before. They're more lethal, and will often use strategies to catch or kill the player. Instead of appearing anywhere around the player, which is unrealistic, police cars will now appear further, usually in two or three streets further. To lose the cops, the player must exit a red-blue flashing's area on the mini-map and avoid any police officer in the process. However if the wanted level is higher, the bigger the flashing area, and greater the police affluence. The player can also opt to get into a Pay n' Spray. The wanted level is measured on a six-stars scale, like in the previous opus. If the player commit any offense in the vicinity of a cop or multiple offenses in a quick succession of time, he will earn either one or multiples stars (depending on the nature of the offense).

In multiplayer, the wanted level's system remains the same, however police officers won't try to arrest the player anymore at one star, due to the lack of a busted animation online.

In Grand Theft Auto V and Online, the wanted level is measured in a five-star scale (and not six-stars, like the previous games). To lose the cops, the player must hide from any trooper in a certain time, so it is easier to lose cops than in Grand Theft Auto IV and its DLC. Like before, players can also respray their vehicle to lose their wanted level. If the player commits any offense in the vicinity of a cop or multiple offenses in a quick succession of time, he will earn either one or multiples stars (depending on the nature of the offense).

In every game, cops are presented to be excessively violent sociopaths, killing the player mercilessly even if he's weaponless, swearing and insulting the protagonist, and often driving recklessly. Aside their violent behavior, there are many hints of police brutality in the games. For instance, in Grand Theft Auto: San Andreas, several cops can be spotted beating an innocent pedestrian in the Los Santos police's garage (the player is warned that trespassing in the area will immediately give him three stars). In addition, they're also incompetent. Police officers will often miss their shots, even at short range. In fact, police officers may be unprofessional and not trained enough, despite their function. Many of them are also corrupt. However, they got a comic relief, which adds to their lack of professionalism.

Many of corrupt cops will give tasks to the protagonist. Almost all of them act as villains or antagonists, and thus are ultimately killed by the player.

Frank Tenpenny is the main antagonist from Grand Theft Auto: San Andreas. He's a middle-aged corrupt policeman who works alongside his pawns Pulaski and Hernandez (who will be killed by him) in the C.R.A.S.H.. He uses his power to terrorize gang members and do whatever he wants. He blackmails Carl into doing several tasks for him and Pulaski. At the end of the game, he killed himself during an accident, in which he crashes his firetruck into Ganton.

Eddie Pulaski is a supporting antagonist from the same game and also a member of the C.R.A.S.H. organization. He works alongside Tenpenny. However, he's not aware that he's nothing more than a pawn to Tenpenny. In High Noon, Pulaski tries to kill Carl Johnson but in turn Carl chases and kills him instead.

Francis McReary is one the head of the McReary crime family and a mission giver in Grand Theft Auto IV. He is a corrupt L.C.P.D. Commissioner who acts as a "vigilante" and orders the protagonist to kill several drug dealers. In the mission Blood Brothers, he can either be killed or spared. If spared, the player will have access to his special ability, which consists of clearing the wanted level at any times by calling him.

Brian O'Toole is a supporting character in Grand Theft Auto IV. He appears in an ad from the LCPD.

Leon McAffrey was a corrupt police officer from the LCPD. He was involved in selling inside stories to Ned Burner and helping various gangs. The LCPD launched an investigation over the matter. They discovered McAffrey as discovered the culprit and placed him under arrest.

Ray Machowski is another corrupt police officer from the LCPD. He was originally straight but was influenced by McAffrey. He began to work with the Yakuza. McAffrey threatened to turn evidence against him. Machowski employed Claude to kill McAffrey. Later, Claude helped Machowski escape Liberty City.

The Alderney State Police (ASP) is the police force in the state of Alderney near Liberty City. There are a total of three police stations in Alderney. Compared to the Liberty City Police Department, the Alderney State Police seem to have more security over highways. If the player is arrested by them, he will be forced to follow a process. His weapons will be taken, he will lose some cash, then he will be released at the nearest police station.

The Liberty City Police Department (LCPD) is the main law enforcement of Liberty City prior to Grand Theft Auto IV. They are dedicated to arresting criminals and tracking organized syndicates. Despite the LCPD's dedication, they appear to be under funded. The city's mayor, Miles O'Donovan, provides them with little resources. Some LCPD officers are even corrupt. Despite the setbacks, the LCPD still functions.

The Liberty City Police Department (HD) is the LCPD in Grand Theft Auto IV and beyond. They are well funded and consist of police 40,000 officers. They are more aggressive in pursuing criminals. Police helicopters patrol areas on a regular basis. Some police officers can been seen writing tickets. Occasionally, an officer will chase a criminal and then put him into a police car. The officer then drives the criminal to a police a station. If the player is attacked by someone, a nearby officer is willing to stop the assailant. He will attempt to arrest or shoot the assailant. Afterward, the officer will resume his normal duty. The player is still affected by law enforcement.

There are six new divisions:

There is a system of ranks:

The Los Santos County Sheriff's Department (LSSD) is the county law enforcement operating in Los Santos, San Andreas. The LSSD also seem to have jurisdiction to operate in Blaine County. The department is structured as a hierarchy based on ranks.

The Los Santos Police Department (LSPD) is the police force in the city of Los Santos. They use brutal methods to take care of crime. Their methods include shooting a person to death if he resists arrest, shooting stopped vehicles, and arresting someone without reason. The LSPD is well funded and has more than enough equipment to deal with criminals. According to their badge, the Los Santos Police Department was established in 1889.

The North Yankton State Patrol (NYSP) polices the state of North Yankton. There is little information about aside from the fact they won the Trooper of the Year award in 1951.

The Rural Police (RP) patrol the rural and desert areas of San Andreas. Their cowboy hats distinguish themselves from inner city police forces. Every rural officer is armed with a 9mm pistol and nightsticks. The officers may use pump action shotguns in extreme situations. The Rural Police drive modified Land Rovers. The vehicle is designed to travel off road in rural areas.

The San Andreas Highway Patrol (SAHP) monitors highways and freeways throughout San Andreas. Officers drive custom motor bikes. They check for anyone speeding through roads. If they find someone speeding, they will chase the person and shoot them. If they catch someone speeding, they will pursue them while shooting at them. Ironically, the Highway Patrol never chase the player if he speeds. They will become hostile if the player has a wanted level.

The San Andreas Park Rangers (SAPR) monitor the environmental areas of Blaine County in San Andreas. At night, units drive SUV's with search lights to patrol the areas. Park rangers are equipped with pistols, bullet proof vests, radios, handcuffs, and possibly bear mace or pepper spray. The park rangers are treated as law enforcement. Assaulting them, stealing their vehicles, or killing them will result in a wanted level. Also, they won't hesitate to fight back.

The San Fierro Police Department (SFPD) services the city of San Fierro. The SFPD is a branch of the San Andreas Police Department. The officers are friendlier than other forms of law enforcement. They encourage criminals to give up instead of using threats. When pursuing the player, an officer will sometimes shout "The police are your friends, please stop!" Despite their passive attitude, they still use deadly force like other police departments.

The Vice City Police Department (VCPD) is the law enforcement in Vice City. Officers carry a nightstick and a pistol. Most officers travel in police vehicles. The rest patrol the streets of Vice City on foot. If an officer sees the player commit a street crime, he will use his night stick to stop the player. If the wanted level exceeds 1 star, the police become more aggressive. Whenever the player is arrested, he is sent to the nearest police prescient. All of his weapons will be lost along with a small amount of cash. He will then be released back onto the street.

The Vice Squad are an elite branch of the Vice City Police Department. They appear when the player reaches a 3 star wanted level. The members work in pairs and they drive Ferraris which can easily outrun the player. They carry Micro SMG Uzis instead of standard pistols. The Vice Squad has the only cops who drop money. They are also they only cops dressed in casual clothes. 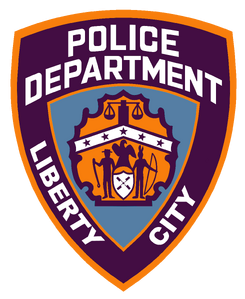 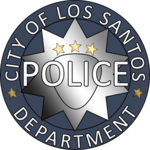 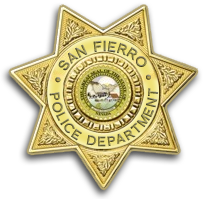 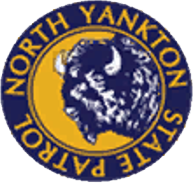 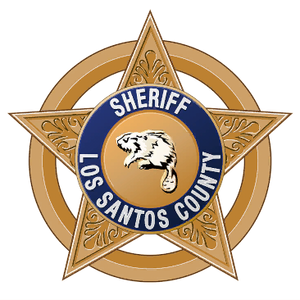 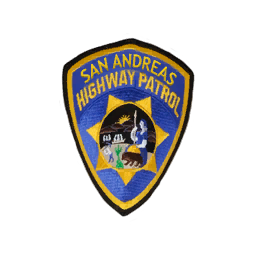 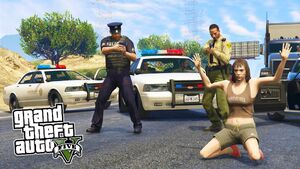 A Police Officer in San Andreas 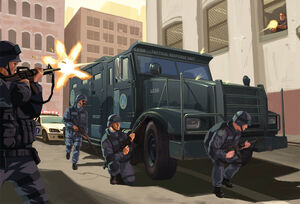 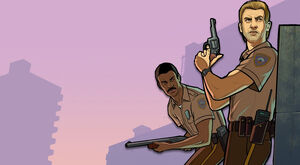 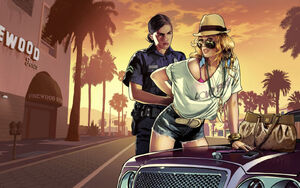 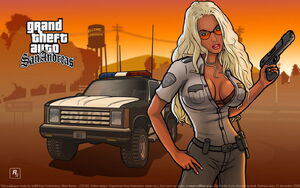 Retrieved from "https://villains.fandom.com/wiki/Police_(Grand_Theft_Auto)?oldid=3540254"
Community content is available under CC-BY-SA unless otherwise noted.