Marksmanship
Knowledge on Anatomy Park and its security systems

Poncho is the main antagonist in the Rick & Morty episode "Anatomy Park". He was a mercenary who was hired by Dr. Xenon Bloom to provide security over Anatomy Park until he betrays him later on in the episode.

He was voiced by Gary Anthony Williams.

At some point in his life, Poncho would become a mercenary and later offer his services to Dr. Xenon Bloom as a bodyguard and to manage the security in the Anatomy Park. However, he betrays Dr. Xenon Bloom because he hated working for him and sabotages the park. Poncho doesn't show his true colors until near the end of the episode and tries to escape but is killed after being bitten by the bubonic plague (which he was smuggling in order to sell it after he left Anatomy Park) and falls to his death.

Poncho makes his first appearance after Rick Sanchez shrinks Morty Smith down to microscopic size and injects him into a homeless man named Ruben's chest cavity, where Rick has developed an amusement park inside of the man called Anatomy Park. Poncho apprehends Morty and holds a knife to him and demands to know who he is and where he came from. Dr. Xenon Bloom then appears and tells him to stand down and introduces himself and the rest of his staff to Morty. After the doctor informs Morty about Ruben's condition, they attempt to escape. However, Ruben later dies from a multitude of bacteria and viruses that have run rampant through his body, making their escape plan difficult. After the crew reaches the Schpincter Dam, Ruben's rectum, Morty discovers that Poncho is hiding the bubonic plague which prompts him to grab Annie as a hostage, revealing his true colors. Dr. Xenon Bloom then figures out that Poncho released the tuberculosis so that he could steal from him.

Poncho then agrees with the doctor's statement, elaborating further that a lot of people would pay top-dollar to decimate the population and that he would take the highest bidder. Poncho says he would offer it to any group such as Al Qaeda, North Korea, Republicans, Schwiners, balding men that work out, and people on the internet that are only turned on by cartoons of Japanese teenagers. He then tells Dr. Xenon Bloom that anything is better than working for him. Morty then takes this moment while Poncho is distracted by jumping on him. Poncho gets Morty off him and then laughs. However, the bubonic plague then bites Poncho's arm and while he is trying to get it off of him, he trips and falls off the balcony to his death.

Poncho is a greedy, traitorous, and self-centered individual who will carry out his own goals no matter who is affected around him. He hates Dr. Xenon Bloom due to receiving horrible employee benefits, which is the reason why he sabotaged Anatomy Park. Poncho even wanted to sell the bubonic plague to dangerous terrorists and make a profit which shows that he only cares about himself. 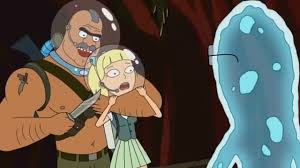 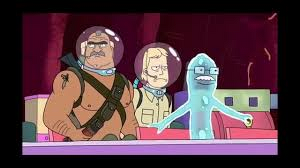 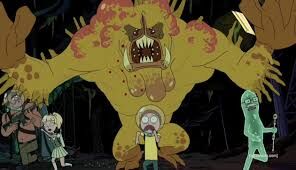 Poncho and company being chased by Hepatitis A 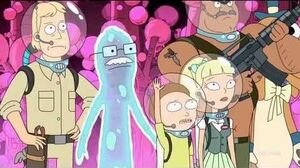 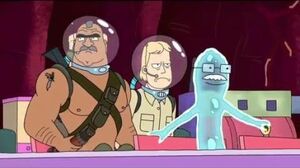 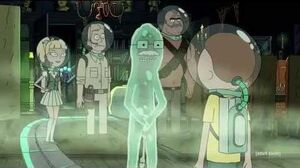