Darby O'Gill and the Little People

Pony Sugrue is the main antagonist in Disney's 1959 live action film Darby O'Gill and the Little People. He is Sheelah Sugrue's son and the mailman who drives the mail cart to Cahersiveen whenever the train comes in, and a town bully.

He was portrayed by the late Kieron Moore.

Pony Sugrue spends most of his time drinking whiskey at a pub called the "Rathcullen Arms" owned by Tom Kerrigan when he is not too busy driving the mail cart to Cahersiveen whenever the train comes in.

There, he listens and mocks Darby O'Gill's stories about the leprechauns (little people) along with two other of his friends; much to Darby, Tom, Molly the barmaid, and everyone else's anger.

His latest mockery causes Tom Kerrigan to finally confront him and allow him to have a glass of stout rather than whiskey if he cares to be sociable for once otherwise, he will have Father Murphy forbid him to come here at all. After Darby finishes telling one of his stories about his encounter with King Brian, king of the leprechauns, and Father Murphy asks if anyone could help him bring a new bell from Glencove, Pony agrees to do it as long as he is paid 2 pounds, 10 rather than just 2 pounds; a deed which Father Murphy states might even "absolve a man from the sin of using the priest and the Church against the powers of darkness for his own selfish ends." So, Darby agrees to do it in return for the bell's music.

Later, when Pony tries to cheat by filling up his glass with more whiskey without being seen, his mother, Sheelah shows up and drags him out so as to introduce him to Lord Fitzpatrick; hoping he might impress his lordship to accept him as the new caretaker to his manor house and to have the chance to take Darby O'Gill's daughter, Katie for his wife. Nevertheless, Lord Fitzpatrick does otherwise despite considering him "a big man."

The next morning, after Darby successfully brings the bell from Glencove to Rathcullen and tries to show King Brian, whom he managed to catch and put in a sack last night, to everyone at the pub, Pony and his friends try to have a look and then, proceed to mock him again by saying "it's only Lady Fitzpatrick's prize hen which won a red ribbon at a fair" while exiting the pub.

At night, after Katie has gone to a dance, Pony insists to bring her back home himself while threatening to break Katie's dance partner, Sean's arm if he refuses to let him do so. Once they're at her home, Pony tries to kiss her good-night but Katie rejects it and returns back inside. This kiss attempt sort of angers Darby, who saw the whole thing, so, he decides to let King Brian help him get his daughter to like and probably fall in love with Michael MacBride, Darby's replacement caretaker for Lord Fitzpatrick.

In the morning, after Michael takes Katie to the old ruins of Knocknasheega and recites poetry, he tries to playfully chase her until she gets caught by Pony. When Pony and Michael intend to fight one another, Katie intervenes; threatening never to speak to him again, so, he allows them to pass. Nevertheless, such an unexpected event doesn't stop Katie and Michael from kissing each other; much to Darby and King Brian's delight, who witnessed the whole thing.

Later, when Pony tries to pack some things on his carriage, his mother finds a letter addressed to Michael and both of them finally realize he had the caretaker job all along, which would explain Lord Fitzpatrick's refusal. But that still doesn't stop his mother from convincing him to run Michael out of town.

At night, after Katie finds out the truth about Michael from the letter Sheelah intentionally left behind on the table and angrily leaves Michael to fetch Cleopatra, the horse, Pony manages to knock Michael out with a club and pour whiskey all over him to make him appear drunken and incompetent in front of Lord Fitzpatrick's manor house when he will arrive in the morning; hoping to finally get what he wants. Luckily, Darby manages to find him just in time.

In the morning, at the pub, Pony mocks Darby's story about how he was the only man alive today to have ridden in the cóiste-bodhar (the Death Coach) last night and to have returned to tell it. This mockery causes Tom Kerrigan to confront Pony for the last time; asking him to leave them alone since he heard that Pony was going to go live in Cahersiveen.

Not offended, Pony agrees; simply stating that he's "heard enough silly blather about little people to last him a lifetime". Then, Michael comes in, confronts him, and a fight ensues between the two men. Finally, Michael gets his just revenge for Pony's attempt to steal his job. Pony knocked out cold, is last seen regaining consciousness and admonishing his mother when she comes in to tend and baby him after Darby and Michael leave to get back to work. 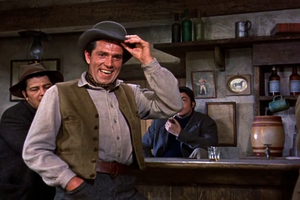 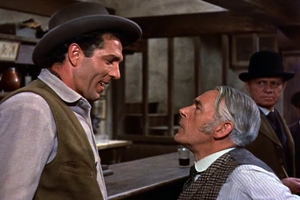 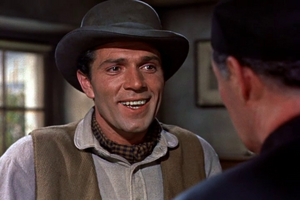 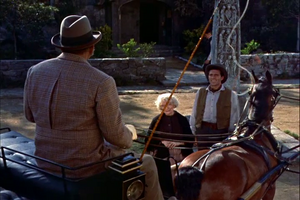 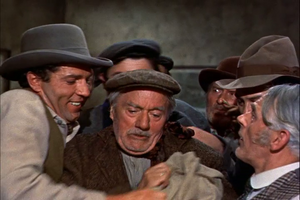 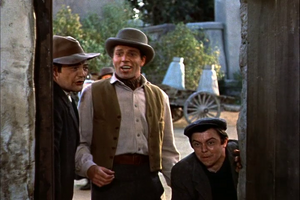 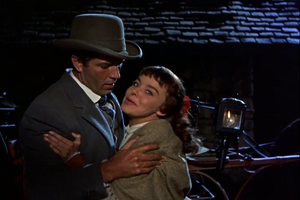 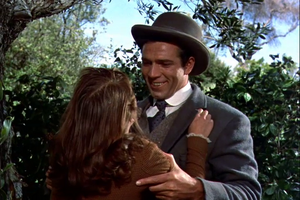 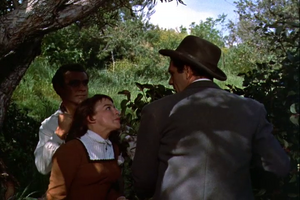 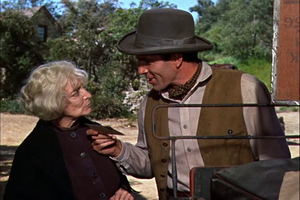 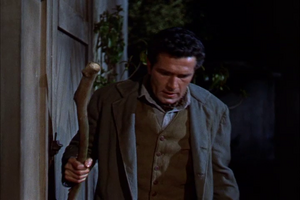 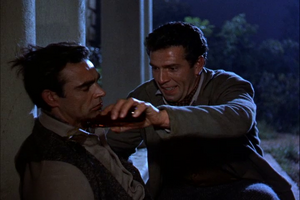 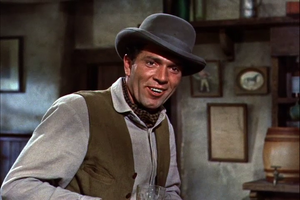 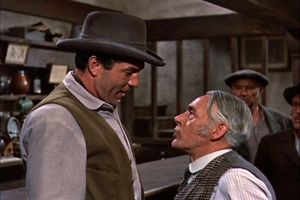 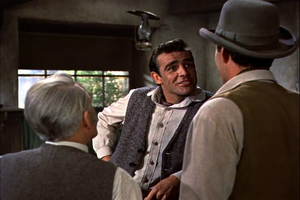 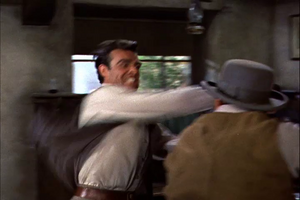 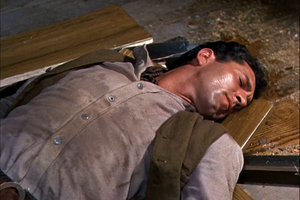