Popsicles is a minor antagonist of the 2016 reboot of The Powerpuff Girls, only appearing via flashback in the episode "Memory Lane of Pain". He is a giant ice cream monster who wants to freeze all of Townsville.

He was voiced by Mark Hamill, who also played the Joker, Solomon Grundy, and Ferris Boyle in the DC Animated Universe and the Batman: Arkham videogames, Fire Lord Ozai in Avatar: The Last Airbender, the Skeleton King in Super Robot Monkey Team Hyper Force Go!, Maximus in the Fantastic Four animated series, Chucky in the 2019 remake of Child's Play, Trickster in The Flash, the Hobgoblin in Spider-Man: The Animated Series, Kavaxas in Tales of the Teenage Mutant Ninja Turtles, Stickybeard in Codename: Kids Next Door, Darth Bane in Star Wars: The Clone Wars, Flint in Disney's Buzz Lightyear of Star Command, Niju in Balto II: Wolf Quest by Universal Pictures, Dr. Pullum in Dan Vs., Dictatious Maximus Galadrigal in Trollhunters, ShiverJack in Disney's Jake and the Never Land Pirates, Tony Zucco in The Batman, Undergrowth in the Danny Phantom series, Agent Goodman in Disney's Recess: School's Out, and Alvin the Treacherous in the How to Train Your Dragon series.

In "Memory Lane of Pain", The Powerpuff Girls remembered back to the time they fought with Popsicles. In the flashback, Popsicles was flying around on his ice cream sandwich saucer and laughing maniacally as he blasted people with his freezing lasers, turning them all into ice cream and popsicles.

Buttercup went to save Blossom and Bubbles by using her frozen sisters as paddles to fight Popsicles and his popsicle swords in combat but Popsicles knocked Blossom out of her hands and smashed Bubbles to mush.

Buttercup got fed up with Popsicles and used her fire powers to melt him to death. After he melted, everything turned back to normal again and Buttercup got to keep one of his popsicle sticks as a souvenir. 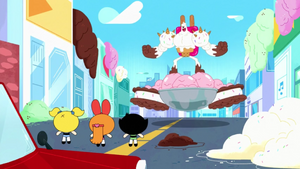 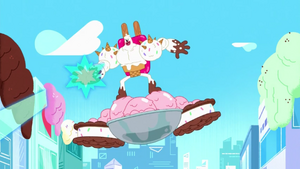 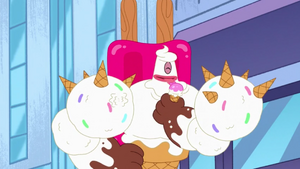 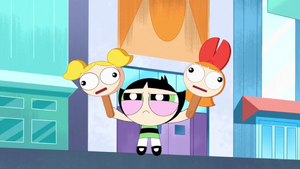 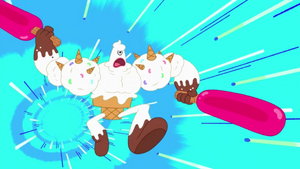 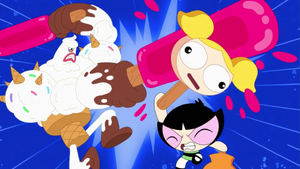 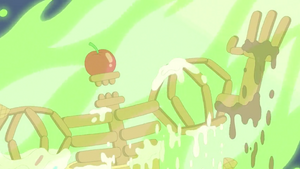