Superhuman strength and durability after he exposed himself to his own chemical and radiation strength augmentation process.
Used a powerful steel alloy exo-skeleton with tongue controls and flight capabilities to enable him to move (formerly).
Mind-control (formerly).
Has a college degree in business administration.
Is a highly skilled administrator and planner.
Wears a battlesuit and can project bolts of energy from his hands and has flight (second Power Broker).

The Power Broker is a supervillain in the Marvel Comics universe. He is an enemy of the following heroes and anti-heroes: Machine Man, Captain America, Marvel Man, the Falcon, the Hulk, Sharon Ventura, Demolition Man, the Shroud, Vagabond, Battlestar, U.S. Agent, the Punisher, and Ant-Man. Two individuals have used the Power Broker persona. They are Curtiss Jackson and an unnamed criminal.

Curtiss Jackson was born in Charlotte, North Carolina. He became a professional criminal and an executive with the criminal organization known as the Corporation. As a member of the Corporation, Jackson attempts to take control of Machine Man. With Eugene Stivak, Moonstone, and the Vamp, he later battles Captain America, Marvel Man, the Falcon, and the Hulk. Jackson kidnaps Trish Starr, and battles the Hulk and Machine Man again.

It is later revealed that Jackson founds the Power Broker Corporation. He hires Dr. Karl Malus, a mad scientist who has experimented on various superhuman individuals, to technologically augment the strength of paying customers to superhuman levels. The strength augmenting process is tremendously risky, with half the subjects dying or becoming severely deformed, but this information is kept a closely guarded secret. Power Broker and Malus use highly addictive drugs on their subjects, telling them that the chemical is necessary to stabilize their powers, but in fact it only serves to keep the subjects working for—and paying—the Power Broker. Many wrestlers of the Unlimited Class Wrestling Federation, which is only open to those with super-strength, use the Power Broker's services, and wind up indebted to them.

The Power Broker offers Sharon Ventura superhuman strength. She is reportedly sexually abused while drugged. She breaks free before Malus can administer the addictive drug, so the Power Broker sends the Grapplers to kill her. The Power Broker later kidnaps Demolition-Man, and battles Captain America and the Shroud when they come to rescue him.

When Power Broker, Inc. is attacked by the Scourge of the Underworld, Curtiss Jackson exposes himself to his own augmentation device. The process goes awry, leaving him so grotesquely muscle-bound that he cannot move. Jackson was revealed to be a patient at Los Angeles County Hospital. Malus decided to take advantage of this situation by sending Vagabond, who knew Jackson (having previously approached him about gaining super-strength herself), to obtain a copy of his fingerprints so that Malus could access all of Jackson's personal accounts and vaults. He used an explosive wristband to force Vagabond's cooperation, but she managed to knock Malus out, destroy the fingerprint mold, place the band on his wrist, and inject him with the drug he had planned to use on her.

The Power Broker had Malus' legs broken for his betrayal, then promptly re-hired him to try to cure Jackson's condition. Malus captured and experimented on several augmented individuals, including Battlestar to perfect the de-augmentation process, which drew the involvement of the U.S. Agent. Jackson appeared, revealed to be using an exo-skeleton to move. Together, Battlestar and the Agent defeated Jackson and freed the captured wrestlers, and forced Malus to restore their strength. The U.S. Agent then destroyed Malus' equipment and records, leaving Jackson in an over-augmented state.

Power Broker has been responsible for providing augmented henchmen to various criminal organizations, such as the Sweatshop, and the Power Tools. The Power Broker was later revealed as one of the Red Skull's division chiefs. Jackson resurfaced following the Maximum Security storyline, when Earth was made into an intergalactic penal colony. His extra-muscular bulk had been shed in-between appearances leaving him looking normal once again. Seeing an opportunity to recruit many of the exotic prisoners being dumped by the Kree and other alien races, Jackson raced to an area his computers determined would have a large amount of arrivals. Unfortunately for Jackson, the aliens were less than pleased at having been dumped on Earth, and attacked him. Playing dead, Jackson came upon a parasitic organism (Jackson calls it an alien, but U.S. Agent believed it to be an escaped S.H.I.E.L.D. experiment to control the alien criminals) who had lost its host. In exchange for becoming its host, Jackson would be granted the use of the parasite's spawn to infect and control others. In his plan to take over the world, Jackson smuggled the parasite spawns to a HYDRA base and a rebel Atlantean group. These operations were broken up by S.T.A.R.S. and their main agent, U.S. Agent, leading the group to take down the Power Broker once again. The Punisher later kills and impersonates Jackson in order to infiltrate a supervillain auction being held on Long Island.

Very little is known about this Power Broker other than he wears a battle suit, and can project bolts of energy from his hands. This new Power Broker has apparently taken over Power Broker, Inc. He was responsible for giving Paul Brokeridge super-strength to wrestle in the Unlimited Class Wrestling Federation, a move that led to Paul attaining the championship and later being crippled by a stronger wrestler. He was also responsible for giving Paul's brother Roger superpowers where Roger later became the superhero Hardball.

Cross's unwillingness to invest in the Hench App spurs his son Augustine Cross into hiring Machinesmith to hack into Power Broker Inc.'s databases so that Cross Technological Enterprises can steal the Hench algorithm and use it to create a knock-off called "Lackey." During a meeting with Slug, who had used Hench to hire the new Hijacker to steal a Giganto egg. Power Broker is made aware of Cross's treachery, which enrages him to the point of ordering the premature release of "Hench 2.0". Power Broker later held an event to promote the new Hench 2.0. In order to protect the unveiling, he used the Hench App to hire a female Blacklash.

Cassandra Lang attempts to get abilities from Power Broker II with the intention of double-crossing him. However, Power Broker II realizes that she does not have what it takes to be a villain. Instead, Power Broker II tells her about Darren Cross having stolen her heart and that her father hid it from her. As Darren Cross had stolen something from him, he makes a deal with her....he will give her powers to do with as she wants. In exchange, she must retrieve the item that Darren took from him and in the process get her revenge on him. She chooses to have her old powers back because she does not want to learn a new power set. Cassandra Lang is given a new suit and a helmet similar to her father's while sporting the new name of Stinger.

At a public event, Power Broker revealed the Hench X app that enables anyone to become a supervillain. He tests it out on a former comic store clerk named Paul who ends up becoming the second Plantman who was then unleashed when Ant-Man showed up to interrogate Power Broker on personal matters. 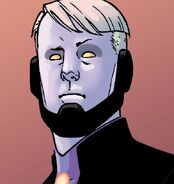 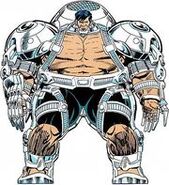 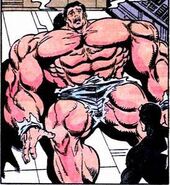 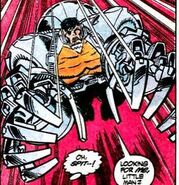 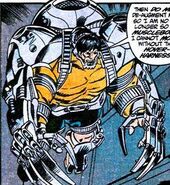 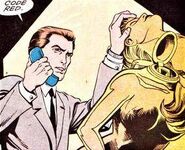