The Prankster, real name Oswald Loomis, is a villain from DC franchise and a recurring enemy of Superman.

Oswald Loomis, alias the Prankster, was once the popular host of the "Uncle Oswald Show," a WGBS-TV early morning children's program, Oswald Loomis unleashed a host of dangerous pranks upon Metropolis when ratings and cancellation cut short his comedic career. He became a criminal and conman who used elaborate practical jokes to commit crimes.

Dubbing himself "The Prankster" he set about playing dangerous practical jokes targeted at Metropolis and its citizens.

Loomis even held Lois Lane hostage and even tried to marry her. When Morgan Edge was hurled out of a trap door 30 stories high, Superman managed to save Morgan Edge and freed Lois Lane before Loomis surrendered. The Prankster then escaped his guard for fear of prison.

Oswald Loomis later returns in a younger, more athletic body after selling his sole to Lord Satanus. His personality has also changed he no longer a joke, he is now a manic trickster with the a twisted desire to make the world laugh. When Metropolis was upgraded by Brainiac 13.

Oswald Loomis takes advantage of the futuristic technology, creating high gadgets and weapons, which retain a comical theme. Oswald Loomis challenges Superman again as he was suffering from Kryptonite poisoning during the battle, and was hospitalized in S.T.A.R. Labs shortly thereafter.

When the Joker took over the earth he was Joker City's only exorcist, who still acts as childish as ever, but now wears a Halloween mask. His goal is to expel the evil from those who still believe in science, John Henry Irons in particular which the Joker has practically destroyed while wielding the 5th Dimension powers of Mister Mxyzptlk.

He was one of the various super criminal sent to to the penal colony on the planet Cygnus 4019, which has been nicknamed Salvation.

The Prankster was among the many of criminals who was caught and placed in the Phantom Zone by the people of Kandor. Superman later freed Prankster only to be taken to Belle Reve. 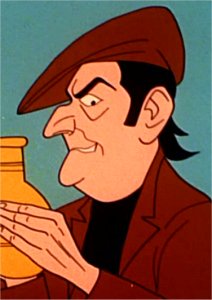 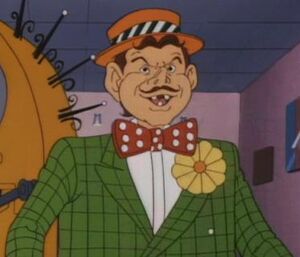 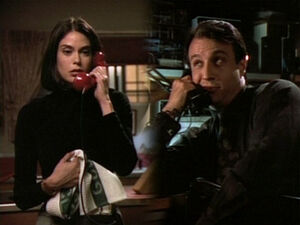 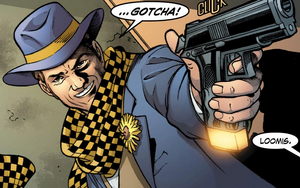 Prankster in the Smallville Season 11 comic.