Destroy the Maximals and conquer Cybertron

Power-Hungry Robots
The Predacons are the main antagonists of Transformers: Beast Wars. They are descendants of the Decepticons , at least in part. They are also the enemies to the Maximals.

They were in existence and at war with the Maximals prior to the signing of the Pax Cybertronia, at which time most laid down their arms but a few went rogue. Different continuities present differing, sometimes conflicting accounts. One account says that Razorclaw founded the Predacons (reusing his old team's name) after the Decepticons' defeat, and that they took the fight to Cybertron and could have won if the Tripredacus Council hadn't stolen control for themselves. Others have the Predacons and Decepticons co-existing for a time. When Megatron was in a bad mood, he's said the Predacons came after the Great War. In at least one Micro-continuity the Predacons existed as far back as the 1990s, operating on human inhabited Earth under a Megatron. It has been recorded that their way of life was to prosper or perish, and their leader swore they'd do this by driving the Maximals into extinction! Of course, this may be Maximal Elder propaganda.

The Predacons, although apparently governed by an organization known as the Predacon Alliance, appear to be a rather splintered faction. One of the major ruling bodies is the Tripredacus Council, but it is possible they represent only one political voice within the Alliance. As Predacons are known to look down on a democratic system of governance and appear able to accept power plays and treachery if it succeeds Master Blaster, Predacon government can be assumed as autocratic and based on whoever can hold on to power successfully. The Tripredacus Council keeps its followers pacified under the Pax Cybertronia with the promise of a slow, sly return to power, whispering of a long-term plan to overthrow the Maximals when the time is right. A number of Predacons have expressed dissatisfaction with this approach, leading renegades such as Megatron, Galvatron, and Magmatron to recruit private armies of followers and, either covertly or overtly, strike out against the Maximals on their own. Nearly all known Beast Wars-era Predacons tend to fall within the arms of these criminal renegade militias, with the exceptions of Tarantulas, with the Predacon Secret Police, and Ravage, a covert Agent who reported directly to the Tripredacus Council. (Tarantulas was a direct agent too but this appears to have been just him, rather than standard for officers) It is unknown whether the Predacons have any sort of official standing army or defense force other than the internal Secret Police and the Covert Agent secret service. In one continuity, following the Great Reformatting, a revived Predacon force under Razorclaw (along with Divebomb and the descendants of Headstrong, Rampage, and Tantrum) was preparing for war. Dawn of Future's Past In another continuity, thousands of years after Beast Machines, the Predacons have been shown to be actively at war with the Maximals across the galaxy and have an official army with a military academy. The top military rank at this time is "Emperor of Destruction", and any governing force beyond that is unknown. Originally, the Japanese Beast Wars animes weren't in the far future, though they've since been retcon. Oddly enough, all the Predacons in Beast Wars II (apart from Galvatron, of course) have vehicle modes rather than beast modes, but the Japanese never heard of Vehicons then, so... it doesn't matter.

We don't know much about the Predacons' general lifestyle. All evidence suggests a very militant warrior culture, with power grabs endemic. This is even enshrined for some in an honour system, where seizing control by force if you think you could do a better job was seen as an honourable, proper act. Predacons in general are ambitious and will risk everything to obtain position of higher power. This is shown in Beast Wars: everyone at least one time attempted to overthrow Megatron, although none succeeded for very long. However, even if they succeed in obtaining the position of higher power, that Predacon individual's struggle does not end there... In fact, it is the beginning of a whole new struggle: now he/she must do everything he/she can to maintain their newly obtained status of power. It is also noteworthy to remember that when Predacons are punished of committing treason not because of the treasonous deed, but the failure of the treason.

Predacon honour also put great stock in bravery in battle, a glorious end, and paying off your debts. The fact that the honour system allows for treachery has left Maximals confused. We do not know how widespread this honour system actually is, as the majority of Beast Wars (admittedly criminal renegade) combatants were happy to ignore it. A number of Predacons are scientists. Academic knowledge and expertise seems respected as long as you can also fight; if you can't, you get looked down on. Some Predacons have gone for more esoteric skills, such as magic. Unsurprisingly, Predacon society has a strong criminal element. Both individual thieves and organised gangs are known. Some gangsters, such as Cryotek, have become hideously powerful and bold enough to attack the Maximal government. The duel culture exists in Predacons: When the two sides have grievance on one another they settle through duels, with the loser most likely losing his/her life.

The exact social status of the Predacons appears to be a second-class one, but there's no specifics. Megatron has referred to the Maximals as ruling the Predacons on several occasions Code of Hero and once, in a melodramatic moment, said that they were slaves. The Dinobot, meanwhile, thinks little of Maximal justice The Probe and believes that the Maximals use torture devices on Predacons. Some Maximals, like Optimus Primal, consider there to be a long-standing peace between the two races, apparently unaware of Predacon frustrations. Optimus has also been willing to offer a hand of friendship or show respect to individual Predacons. Many of the other Maximals we've seen, by contrast, appear to view the entirety of the Predacon population as inherently untrustworthy and dangerous (especially if that Maximal is Rattrap). Maximal soldiers on Cybertron have expressed enjoyment in finally being allowed to beat up on insurgent Predacons. The Ascending issue 2 That all said, the Predacons co-run the important governing body, the Bi-Partate Committee for State Affairs.

It is even unknown where exactly the Predacons are based. The Tripredacus Council holds meetings aboard a space station, Predacon Command Outpost One. While one would presume the Predacons also had some sort of presence on Cybertron itself, there's evidence to the contrary. After the Beast Warriors' return to Cybertron following the events of Beast Wars, Optimus Primal, Megatron, and others refer frequently to the missing population as Maximals only. This seems to suggest that they expected the number of Predacons on the planet to be negligible, if not zero. The only notable mention of Predacons in the series comes when Rattrap wonders what the murderous Tankor would have been like if he'd been reformatted from a Predacon instead of the Maximal Rhinox. Note: In real life terms the Predacons were excluded from the Beast Machines show and toy line for fear of confusing children with a third faction. Beast Machines story editor and head writer Robert N. Skir suggests in his FAQ pages that the Predacons suffered the same fate as the Maximals, though that leaves their absence rather odd.

Megatron's Crew is a gang of Predacons assembled by Megatron to aid him in his goals. They serve as the antagonists of the Transformers show Beast Wars.

They at one point stole the Golden Disk as well as a Predacon ship and were pursued by a Maximal crew led by Optimus Primal. Megatron's Crew, along with the Maximals, would enter into a time warp taking them back several thousand years to a prehistoric Earth, where they had to adopt beast forms in order to protect themselves from exposure to Energon radiation. With help from Tarantulas, the Predacons expanded their ranks by brainwashing several Maximal protoforms into Predacons.

The two factions would battle it out several times until the Maximals ultimately defeated the Predacons, with nearly all predacons dying in battle and captured Megatron, later bringing him to Cybertron to face punishment for his crimes. Waspinator, the sole survivor of the Predacons, was granted an option of staying on Earth as an exile but would not be prosecuted under Cybertronian Law, which he took. 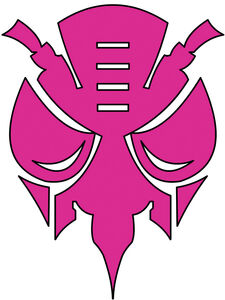