Predator X is a character that appears in the Marvel Universe in the X-Men comics. It is a violent creature that has been used by William Stryker and his Purifiers to hunt down and kill Mutants.

Predator X was dependent on mutant DNA, with an insatiable craving for mutant blood, bone, muscle and flesh. It craved its next meal even while finishing its current fare. The more it ate, the hungrier it got. Its genetics were left intentionally incomplete; its DNA strand evolved with every meal, allowing it to form defensive attributes against powers similar to its victim's.

When Predator X came into contact with mutant blood, a psychic connection was formed between Predator X and the mutant, allowing Predator X to see flashes of their recent memories. These visions helped Predator X find its next meal, tracking down the people and places seen in those memories. While it possessed heightened senses, its engineered mutant tracking ability far exceeded its more natural skills.

Predator X's bones and muscles had enhanced flexibility, while its skin was liquid metal, affording it enhanced durability and rapid healing of wounds. Its jaws were large enough to swallow a man whole, while its teeth were sharp enough to cut a man in two with a single bite. Predator X was evolving into the ultimate organic sentinel, growing stronger and more deadly with every mutant it devoured.

Predator X is super humanly strong and fast, and is incredibly resilient in regard to withstanding injury. It can also take in materials from its environment to reform itself. It has a number of other powers as a result of genetic experimentation on mutants as well, such as its bio-metal skin derived from Mercury. He has razor sharp claws and teeth, and a regenerative healing factor.

The creature can also locate mutants to hunt, and needs to feed on them. It has killed and eaten several mutants, most notably Mammomax, Blockbuster, Prism, Peepers, Vertigo and the dead bodies buried in Xavier Institute's graveyard. 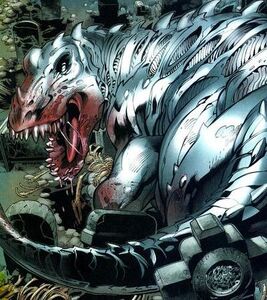 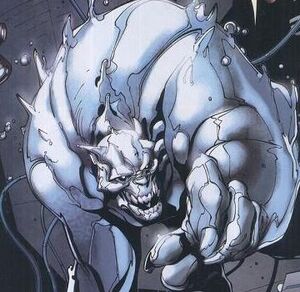 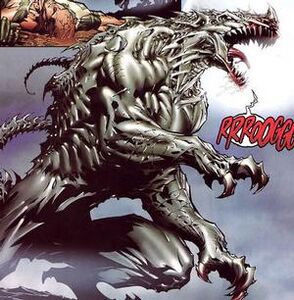 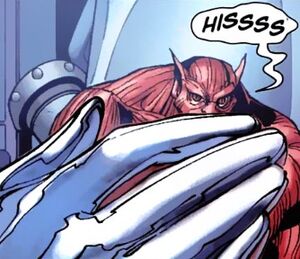 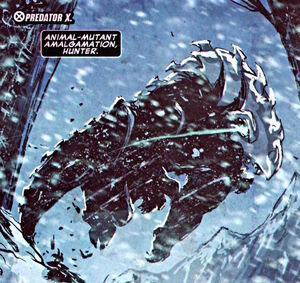 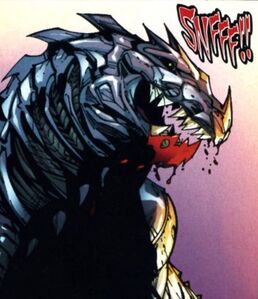 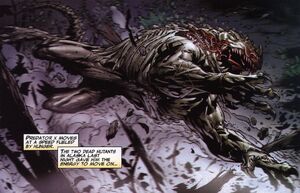 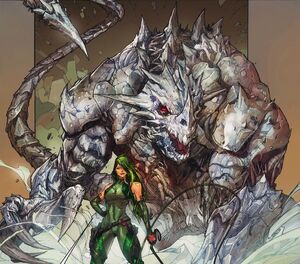 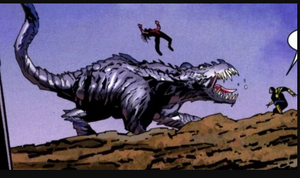 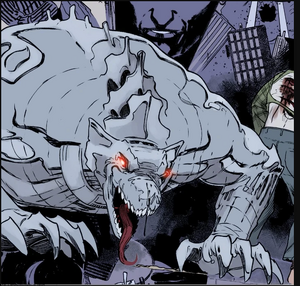 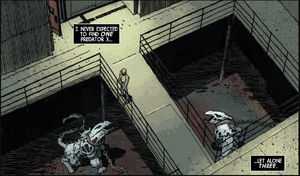 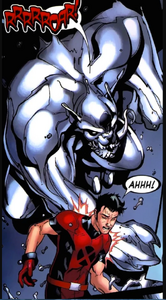 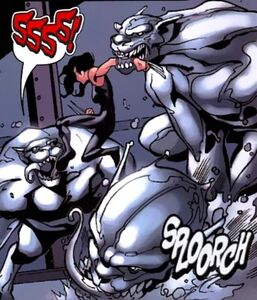 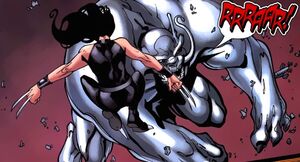 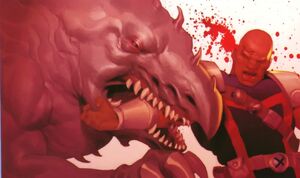 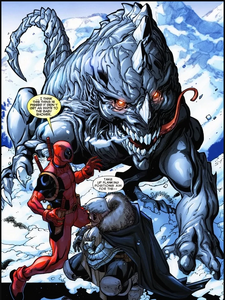 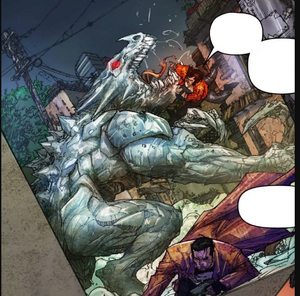