killing anyone he or his men view as a threat.

Arrange, organize, and lead an expedition into Skull Island (succeeded).

Kill King Kong in a suicide bombing for the deaths of his fallen military comrades in the Skull Island expedition (failed).

Lieutenant Colonel Preston Packard, also simply known as Colonel Packard, is the central antagonist of the 2017 action adventure film Kong: Skull Island, the second installment in Legendary's MonsterVerse franchise. He is a veteran soldier who leads the military group - the Sky Devils Helicopter Squadron - to explore Skull Island, who later becomes obsessed with killing King Kong out of revenge for the deaths of his comrades.

Packard was in Vietnam when contacted by William "Bill" Randa, a Monarch representative to be the military escort to an unexplored island in the South Pacific, this when seeing the opportunity accepts the mission and prepares with his team.

After crossing the storm to Skull Island, Randa gives them the green light to use the seismic bombs and map the island, this angers Kong and begins to attack the helicopters. He becomes filled with anger as he watched Kong kill his comrades. After he regroups with the remaining soldiers, he confronts Randa at gunpoint to tell him everything he doesn't know, he then swears to not leave the island before killing Kong and avenge his men.

The Search for Bombs

Packard heads towards the helicopter crash site that had the seismic bombs and where Chapman found himself, after a long walk for the search of Chapman are attacked by a giant spider, which kills one of the members, and later they manage to reunite with James Conrad and the remaining survivors. Valley of the Dead, where they were attacked by one of the Skullcrawlers, after the confrontation, during a heated and acrimonious discussion, and confirm Chapman had been devoured by the same Skullcrawler from earlier, Packard decides to go for those bombs with his team regardless and hunt down Kong.

After having the seismic bombs, he ambushes Kong, who was reunited with James Conrad, later this activates the bombs attracting his attention, Conrad to seeing this decides to go towards Packard to stop it, Kong goes towards the place of the ambush had Packard who had previously thrown oil in the lake, after a face-to-face confrontation, Packard sets fire to the lake, thus burning and injuring Kong, who falls unconscious on the ground. Putting explosive charges and about to detonate them, Conrad appears and confronts Packard telling him that there were more things to worry about and Kong was not the threat, but after a brief discussion, the largest Skullcrawler, Skull Devil, appears. Conrad with the other soldiers and the survivors run from the creature, while Packard stays behind, remaining determined to finish Kong, who has just awakened, off in a suicide bombing. Before he can detonate the explosives to kill off Kong, the ape crushes Packard to death with his fist.

Packard is a sly, fearsome, manipulative and obsessive soldier. He is intensely affectionate and loyal to his troops. He always jumps at a chance for another mission and thought little of people like Mason Weaver, whom he felt cost America the war in Vietnam, where he was stationed. He also has an insatiable desire for vengeance after the death of his men at Kong's hands in their first encounter. Though Kong was only trying to stop Packard and his squad from waking the Skullcrawlers, Packard sees him as the enemy and will not stop at anything to kill Kong, even when told otherwise. For Packard, Kong is an enemy simply because Packard sees him as one, and he willingly risked his men's safety to fulfill the desire for revenge. His desire to wreak vengeance on Kong eventually drives him extremely psychopathic and insane, and leads to his own literal death at Kong's hand. 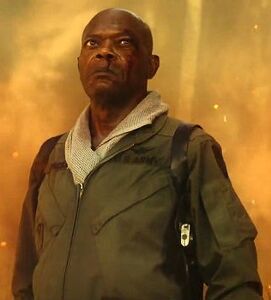 Preston Packard's angry glare as he stares up at Kong killing his comrades. 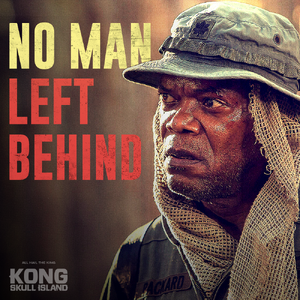 Preston Packard with his men. 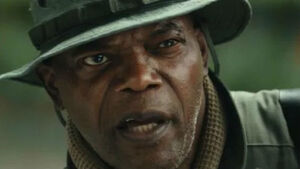 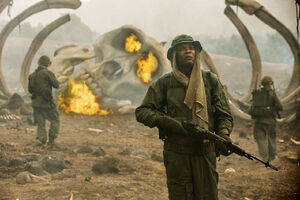 Packard noticing Skull Devil coming towards him and Kong.

Packard's death as Kong crushes him with his fist before he can detonate the explosives to kill him.
Add a photo to this gallery

Retrieved from "https://villains.fandom.com/wiki/Preston_Packard?oldid=3395569"
Community content is available under CC-BY-SA unless otherwise noted.