Keep his indiscretions a secret.

Reverend Preston Teagardin is one of the two main antagonists (alongside Lee Bodecker) of the 2011 gothic crime novel The Devil All the Time and its 2020 film adaptation.

In the film adaptation, he was portrayed by Robert Pattinson, who also played Connie Nikas in Good Time and Ephraim Winslow in The Lighthouse.

Reverend Preston Teagardin is introduced at the church welcome meeting. He meets the protagonist Arvin Russell, his adoptive sister Lenora Laferty and his grandmother Emma Russell. He then gives a sermon about sacrifice, rebuking Emma for bringing chicken livers. Arvin holds a grudge, saying that Preston's "as bad as they got on the damn radio".

One day, Lenora finds herself stranded in the rain while visiting her mother's grave and meets Preston again. Preston takes her out on a car ride and talks to her about "showing yourself to the Lord". Preston then seduces Lenora into having sex with him.

Soon after, Lenora gets pregnant. Preston refuses to take responsibility, and warns her about being a "whore mother" with a bastard child. This drives Lenora to hang herself.

A mourning Arvin is informed by a police officer that Lenora was pregnant. Arvin spies on Preston's other lucid affairs with two other women.

One morning, a disguised Arvin enters the church and talks to Preston, claiming he wants to confess to cheating on his wife. This agitates Preston, who accuses Arvin of spying on him. Arvin reveals his identity and pulls a gun on him. Preston fails to convince Arvin to stand down, and then tells Arvin that Lenora was delusional, angering him further. In a desperate act to save himself, Preston throws his Bible at Arvin, who shoots him. The preacher topples over a pew, and Arvin furiously runs up to him and shoots him twice more, killing Preston.

Preston's death would later be reported to Sheriff Bodecker, besides, with the information they gave him about it, it was enough for Lee to discover that Arvin was the one who killed his sister. 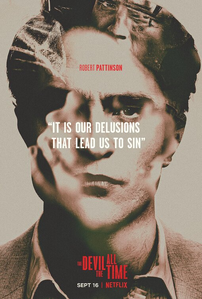 Preston's poster for the film. 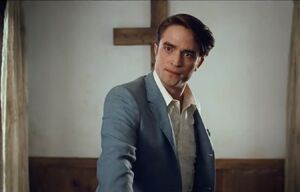 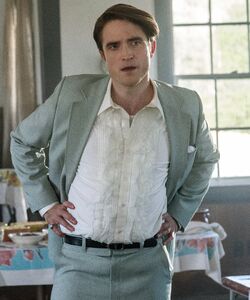 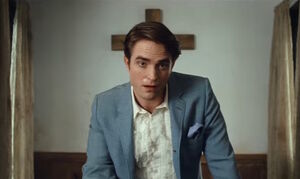 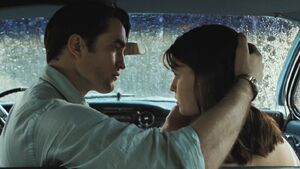 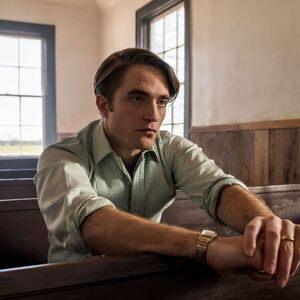 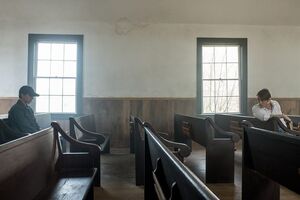 Preston being confronted by Arvin.