The Prince
The Prince of Lunarians

Prince of the Moon

Leader of the Lunarians

Go to the afterlife with all of his brethen.

Taking Adamant-Sensei back to serve the clan of Lunarians.

Taking many gems away to the moon

Making Phos to turn against Adamant-Sensei

Prince Aechmea is the main antagonist of Land of the Lustrous, though he is not introduced until later on in the story after Phos was captured. Aechmea is the leader of the Lunarians and, on the Gems' perspective, he is the one behind the series' bad events.

Prince Aechmea is cunning, persuasive and composed, whereas being quite wary of the Lunarian tribe's eternal life. He views immortality of his tribe as a curse. He is desperate on making Adament-Sensei back to his side so that he could do prayers, allowing all of the Lunarians into afterlife as they ever wished. By the time Phos gets to talk with him it's clear (from the Lunarian's perspective) it's actually Kongou-Sensei the one who is causing most concern in the story. That said, it's entirely possible Prince didn't tell Phos the entire truth regarding that matter, in order to make Phos fully trust in him.

However, in spite of his politeness as well as concern over his Lunarian kins, Aechmea is rather self-loathing, calling all of the Lunarians including himself as "ghosts of garbage." In addition, he is shown to be cruel and merciless to the Lustrous. To achieve his tribe's goals, the Prince is prepared to go to great lengths. Over abducting gems and grinding them into dust, Aechmea displays no remorse, showing he can be very cruel. He also shows a wrathful side that makes him much more demonic in shape, shown after the night raid led by Bort and other gems that supports Adamant when he's angry with Cairngorm over it.

Aechmea is also a good liar, being able to persuade Phos, Cairngorm and other gems, who arrived onto the Moon with them (including Yellow Diamond and) to turn against Adamant and join his force, making the Lustrous killing each other. His cruelty is extended when he forced Cairngorm to remove the shard of Ghost Quartz away from their eye, so that Ghost would not mind-control Cairngorm into caring Phos.

It is also implied that the Prince of Lunarians, instead of trying to help them, is actually using Phos as a pawn just because of their strength and determination, but in case of Phos failed or betrayed him, he would take them down, which is the very reason that he replaces an eye of Phos - which belonged to Lapis Lazuli - with a magical pearl, to oversee Phos' actions. It's amplified after the end of Night Raid, where Phos is badly injured. Cairngorm, now fully dressed in Lunarian attire, arrived on Earth to gather Phos, Padparadscha and Yellow while capturing other gems, even to the point of allowing Cairngorm to shatter Phos into pieces. After the operation is over, Aechmea somehow only showed concern over Cairngorm while ignoring the shattered Phos. 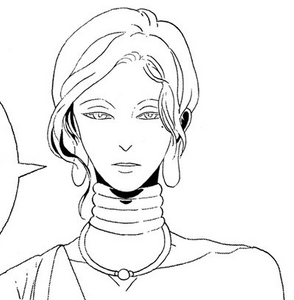 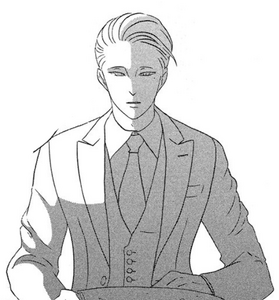 Retrieved from "https://villains.fandom.com/wiki/Prince_Aechmea?oldid=3980442"
Community content is available under CC-BY-SA unless otherwise noted.