Skill in torturing others

Start a war against the Kingdom of Guilder by framing them for murdering Princess Buttercup (failed).

Prince Humperdinck is the main antagonist of the 1973 fantasy novel The Princess Bride by the late William Goldman and its 1987 live-action film adaptation of the same name.

In the film, he was portrayed by Chris Sarandon, who also played Jerry Dandridge from Fright Night, Reverend Jimmy Current in Tales from the Crypt Presents: Bordello of Blood, Adam Clarke in Cold Case and Dracula in Tales of the Teenage Mutant Ninja Turtles.

Humperdinck is heir to the throne of Florin. While initially seen only as a love rival, Humperdinck is later revealed to be the villain of the story. He plans to marry Princess Buttercup so he could have her assassinated in order to start a war with Florin's sworn enemy Guilder (by framing Guilder for her death). For this, he hired Sicilian criminal mastermind Vizzini to kidnap and kill Buttercup for this goal.

When Westley foils this plot, Humperdinck takes Buttercup back after she has him promise not to hurt him. Instead, he has his henchman Count Rugen imprison Westley with the intention of torturing him to death. After being insulted by Buttercup on the eve of their wedding, Humperdinck tries to kill Westley. Vizzini's repentant accomplices Inigo and Fezzik find his corpse and have him revived by Miracle Max, whom Humperdinck had fired. While Westley is still too physically weak to fight, he is lucid enough to hatch a plan that would stop the wedding.

When Humperdinck finds Westley, he draws his sword and challenges him to fight to the death. However, Westley insists that they fight "to the pain", meaning that Westley will mutilate and disfigure Humperdinck and leave him "wallowing in freakish misery forever". Frightened, Humperdinck says Westley must be bluffing, but Westley surprises him by standing on his own with his sword pointed out. Wesley then says "Drop... your... sword.", which Humperdinck is only too eager to do. Westley spares Humperdinck, intent that his foe should "live a long life alone with his cowardice". Buttercup then ties him to a chair, and she and Westley gallop off into the sunset. 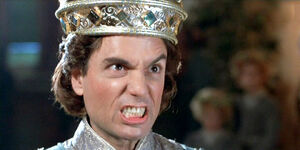 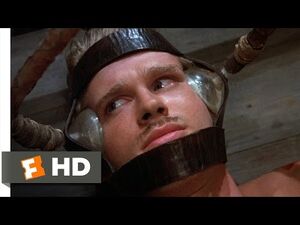 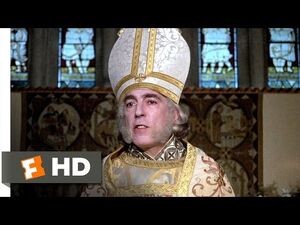 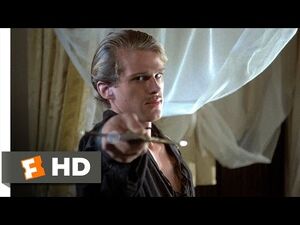