Villains Wiki
Register
Don't have an account?
Sign In
Advertisement
in: Article stubs, Tyrants, Related to Hero,
and 15 more

Prince John (The Story of Robin Hood and His Merrie Men)

The Story of Robin Hood and His Merrie Men

Collect taxes from the poor and to make sure his brother does not return (failed).

Prince John is the main antagonist from the 1952 Disney live-action film The Story of Robin Hood and His Merrie Men.

He was portrayed by the late Hubert Gregg.

Prince John is first seen watching his brother, King Richard prepare for the battle of the Crusade. As the King's brother, he is left to govern the kingdom in his absence, which he accepts to do, including taking care of their mother, Queen Eleanor. He and his brother are later introduced to Lord Huntingdon's daughter, Maid Marian, whom Huntingdon asks the Queen to look after in his absence as he leaves with the King for the Crusade, which the Queen gladly accepts as well. Even the King's Sheriff of Nottingham joins him on the Crusade as well. Once Prince John's brother is gone, he appoints a new man to be his own new Sheriff of Nottingham and reveals his true nature and intentions, which is to raise taxes and collect money from the poor in his brother's absence and as long as his mother and the Archbishop of Canterbury remain oblivious to the plot.

Together, they organize an archery contest at the Nottingham fair to determine which archer is the best to serve Prince John and form an army of good arrow shooters under their command. Prince John and the Sheriff seem impressed with a competitor and one of the Sheriff's bowmen, Red Gill's archery skills during the game. As it turns out, it's Lord Hugh Fitzooth and his son, Robin the winners. Nevertheless, knowing the Sheriff's true nature and intentions, both defy and refuse to join and serve him; an act which aspires some other archers to follow Lord Fitzooth's lead. In retaliation, Prince John has the Sheriff send some men to kill them (including Red Gill who killed his father) but they only manage to succeed in killing Robin's father and then getting killed by Robin himself (even Red Gill), thus, begins Robin's life as Robin Hood, an outlaw living in Sherwood Forest who steals from the rich and gives to the poor.

Days later, after Robin Hood and his band of merry men manages to save two men from the Sheriff's cruel punishment and torture at Nottingham Square, Prince John returns to find the people revolting against his guards and the Sheriff too; much to his disgust and chagrin. Angered by this situation, Prince John later consults the Sheriff and sends him and some men to see it that they put an end to Robin Hood and his men at Sherwood Forest, which they fail to do.

Two years have passed, King Richard's Crusade has ended in failure, and the King finds himself imprisoned in Austria to be held for a ransom of 100,000 marks; much to the Queen and Archbishop's dismay and Prince John's joy. Knowing that her son hasn't raised and refused to contribute to the fourth of the ransom, the Queen and the Archbishop go to Nottingham to consult him. At his castle, Prince John lies to his mother; claiming he never knew or heard of his own brother's capture and ransom from his mother's messengers, whom he also claims they never reached him as well.

Using his wit, he decides to hold a donation tomorrow at Nottingham Square. Still, the Archbishop and his mother suspect he's up to something. Prince John gives them an excuse by telling them that he's been busy forming an army of foresters against Robin Hood and his outlaws. Having known Robin Hood all her life, Maid Marian refuses to believe his story (including the story of how his father was killed) and tries to persuade the Queen to allow her to find Robin and prove her his loyalty to their King. But the Queen refuses since she is her responsibility and Prince John continues to mock and rebuff Robin Hood.

The next day, during the donation, Prince John donates 300 marks. He even mockingly thanks the other lords contributing to the donation as well. Maid Marian, having disobeyed the Queen and disguised herself as a page, presents everyone with Robin Hood and his men's donations; much to Prince John and the Sheriff's chagrin and the Queen and the Archbishop's joy. When the Sheriff tries to object on behalf of the Prince, Robin and his men (disguised as peasants) make him pay 1,000 marks; an act which provokes the crowd to ask for as well from him. To avoid embarrassment and suspicion, Prince John has the Sheriff donate as well (1,187 marks) while Robin and his men inconspicuously empty out the rest of the treasury (more than 10,000 marks) into one big chest and present it forth to the donation in front of everyone too, thus, the deliverance of their King is assured; much to the Prince and the Sheriff's shock.

Refusing to give up all his tax money and to allow his brother to return home safely, Prince John plans to disguise his men as Robin Hood's outlaws to steal his money back tomorrow while the Queen and the Archbishop are conveying the ransom through Sherwood Forest. Knowing Maid Marian has been fraternizing with the outlaws and could see through their deception, thus, jeopardize their plan, Prince John and the Sheriff have her imprisoned in the dungeon and make his mother believe she is with Robin Hood.

After the plan fails to succeed, at night, at the castle, Robin and his men (disguised as Prince John's guards) return and force Prince John and the Sheriff at knifepoint to take them to Maid Marian and free her. Finally, Prince John is thrown in Maid Marian's place in the dungeon by Little John while the others handle the Sheriff. 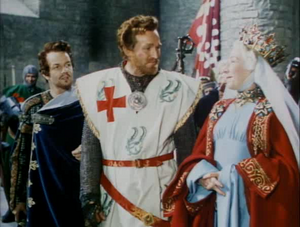 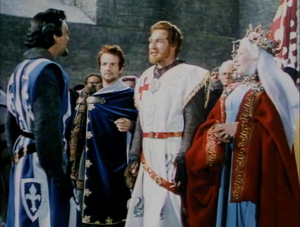 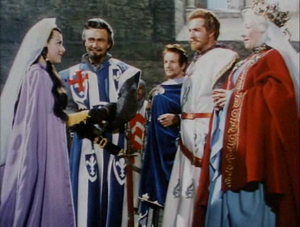 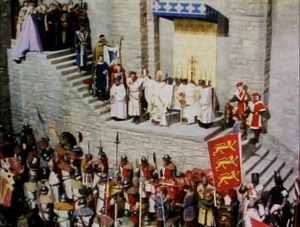 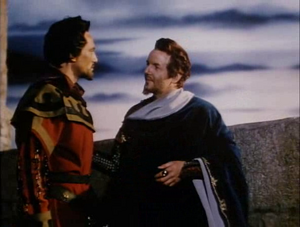 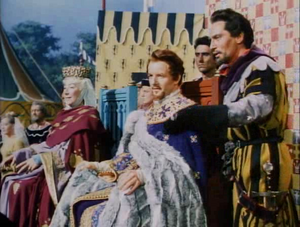 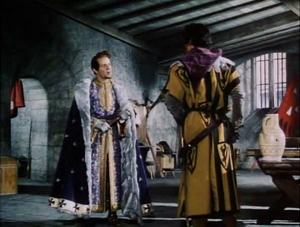 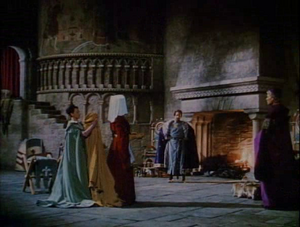 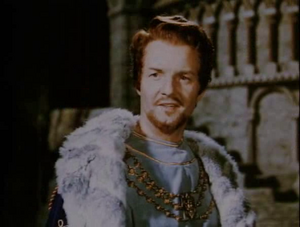 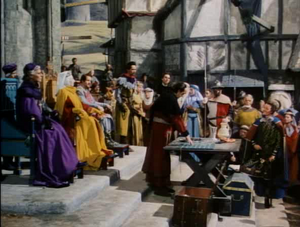 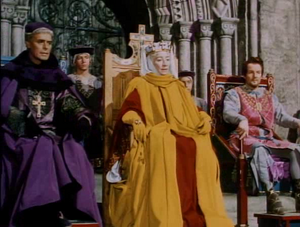 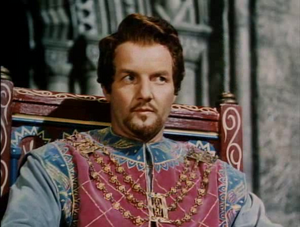 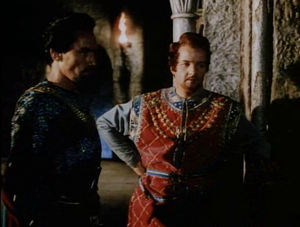 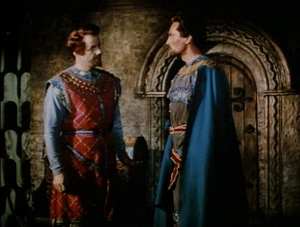 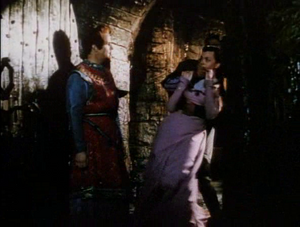 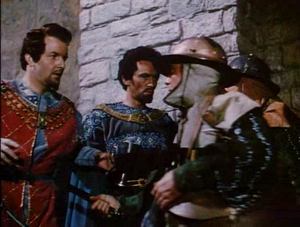 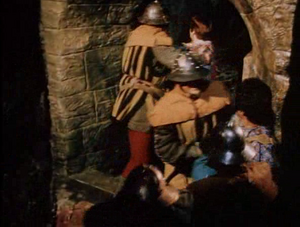