Knight of the Round Table (formerly)

Usurp the throne of Camelot.


Kill Lancelot and Arthur (only succeeded to kill Arthur).

Prince Malagant is the main antagonist in the 1995 film First Knight.

He was portrayed by the late Ben Cross.

Although he is the main villain, he has little screen time. Malagant is a former Knight of the Round Table who once served King Arthur in Camelot, but turned rebel after becoming jealous of the king. Malagant possesses many followers including his right-hand Ralf and they frequently burn villages to the ground, and Malagant's ultimate goal is to usurp the throne of Camelot.

Malagant and his men attempt to capture Arthur's future wife, Guinevere, while she is travelling to use her as a hostage, but they are thwarted by a swordsman named Lancelot. Later, Malagant again tries to capture Guinevere by ambushing Camelot and this time he succeeds. As Guinevere is taken to Malagant's hideout, Lancelot follows them and poses as a messenger of the king, persuading Malagant to show him that Guinevere is unharmed. Lancelot defeats Malagant's guards and manages to escape with Guinevere, eventually returning her to Camelot.

Towards the end of the film, Malagant invades Camelot with his men and forces Arthur to bow before him or else he will die and Camelot will be torched. Instead, Arthur commands his people to fight but is shot itch crossbow bolts in the process, mortally wounding him. Malagant orders his men to burn everything they find just as the citizens of Camelot prepare for battle. Lancelot then confronts Malagant and they engage in a fierce sword fight, with Lancelot finally killing the evil tyrant by stabbing him through the chest with his sword and slashing him deeply across the neck, and he collapses on the throne he so much desired. 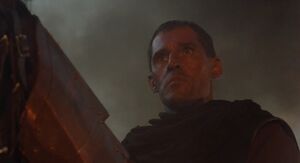 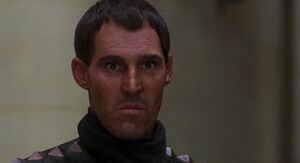 Malagant at the Round Table 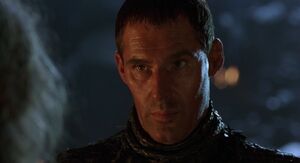 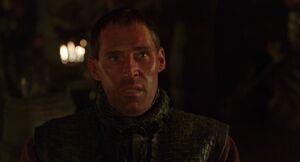 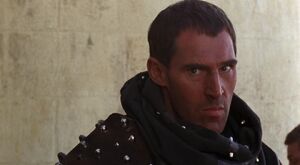 Malagant facing off against Lancelot 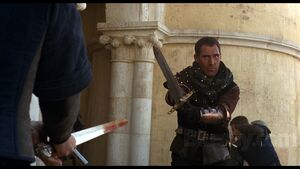 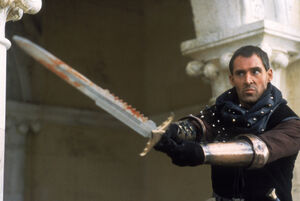 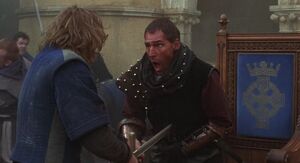 Malagant being stabbed with a sword 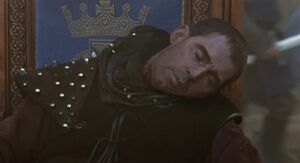