Kill the gargoyles and anyone who stands in his way (both failed).

Demonic Terrorist
Prince Naberius, also known as Charles Wessex, is the main antagonist of the Sci-Fi horror film, I, Frankenstein. He is the brutal villain leader of the Demon horde hellbent on world domination.

He was portrayed by Bill Nighy, who also played Viktor in the Underworld film series, Davy Jones in the Pirates of the Caribbean film series, Whitey in Flushed Away, Rattlesnake Jake in Rango, General Fallon in Jack the Giant Slayer, The Network in The World's End, Leo Argyll in Ordeal of Innocence and Howard Clifford in Pokémon: Detective Pikachu.

Prince Naberius is first seen in an institute, disguised as a handsome businessman called Charles Wessex, where he watches Dr. Terra Wade scientifically bring a dead rat back to life. After they succeed, Naberius is informed by one of his minions, Dekar, that they have a situation regarding Adam Frankenstein, a monster created by none other than Dr, Victor Frankenstein. While being told by one of his other minions that Adam is alive and has descended 7 demons, Naberius also learns that this demon escaped and only told him about Victor Frankenstein's creature, rather than capture him himself. Angered at this failure, Naberius socks his incompetent henchman in the face and demands him to avoid presuming to know what he wants, seemingly threatening to kill him, should he fail again.

Naberius is next seen on his desk sending his army of demons, led by his right hand man, Zuriel, to capture Adam Frankenstein and bring him to him. Zuriel, however, finds Adam's journal and brings that to him instead, stating that the journal features everything he and Naberius need to know to bring back their fallen demons. Naberius dismisses the idea for a while, saying that they should let the humans make this decision. When Adam broke in the Institute, Naberius introduces himself as Charles Wessex but little does Adam start realizing that he really is Naberius, the prince of all demons, when offered to join him in finding answers to questions regarding Adam's father/inventor, Victor Frankenstein and his work.

Naberius sends Zuriel to hunt for Adam yet again. During a duel between Adam and Zuriel, it was then that Dr. Wade realized who and what Naberius is as well as what exactly is he making her do: reanimate corpses of innocent dead people and turn them into demons. After learning of Zuriel's death, Naberius kidnaps Wade and when told that Wade would rather get killed than help Naberius kill innocent people mainly for the sake of turning them into vile beasts, he has her watch her colleague, Carl Avery, die gruesomely at his own hands (one of which turns into a demonic hand as he strangles Carl to death). When Wade tries to reanimate Carl's corpse, the Gargoyles are preparing for their final battle against the demons and Adam once again bursts into the institute, hellbent on defeating Naberius for good. This is when Naberius, eerily, demonically and monstrously takes his true demonic form.

With his demonic powers, Naberius overpowers Adam and delivers a devilish, eerie but also moving and a bit tearful, speech before attempting to have Adam on his side forever, promising him protection, in other words, he wants Adam to no longer be alone. Naberius chants in his demon language the magic words for turning Adam into a loyal follower of his but when the Gargoyles destroy all the corpses being reborn as demons, Naberius thought he succeeded only to realize that Adam will of course never be changed and he will always fight on the good side. For a brief time, Naberius realizes that Adam now has a soul. Shortly afterwards, Adam manages to destroy Naberius permanently. 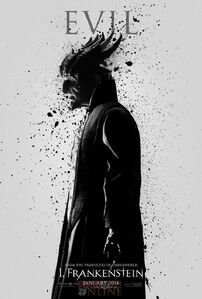 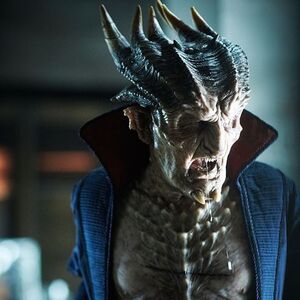 Naberius with red eyes
Add a photo to this gallery

Retrieved from "https://villains.fandom.com/wiki/Prince_Naberius?oldid=4000951"
Community content is available under CC-BY-SA unless otherwise noted.