Ripping people off (although not very successful).

Prince Nebulon is the main antagonist of the Rick & Morty episode "M. Night Shaym-Aliens!". He is a member of an alien species known as Zigerions and is their leader.

Prince Nebulon is a humanoid alien with four arms and has a pink to purple skin tone. He has an elongated head with a small number of spiky protrusions. Prince Nebulon also has long antenna-like appendages that could serve as his ears. He wears a space uniform that bears resemblance to the Star Fleet uniform in Star Trek.

He was voiced by David Cross, who also portrayed Ian Hawke in the Alvin and the Chipmunks films.

At some point in his life, Prince Nebulon became leader of the Zigerions and attempted to become the greatest con artist in the entire galaxy. He eventually came across Rick Sanchez and has carried a grudge against him ever since. Prince Nebulon would partially get his revenge on Rick but it would ultimately be his undoing and would cause his inevitable death.

Prince Nebulon and his minions were able to abduct Rick, Morty, and Jerry and put them into a virtual reality in order to possibly get the formula for concentrated dark matter. He makes his first appearance in the episode after Rick and Morty are in a locker room shower. Prince Nebulon says that everything is going according to plan until one of his underlings mentions that Jerry is in the virtual reality (which apparently nobody noticed). After almost everyone blames each other for this mistake, Prince Nebulon orders to keep Jerry's setting to a minimum and focus on Rick Sanchez because he is the main target. After Rick and Morty escape one of his simulations, Prince Nebulon and couple of his men appear where he taunts Rick for thinking that he escaped, revealing that the Zigerions have always had the recipe for concentrated dark matter, but Rick pulls Morty's pants down to cause a diversion, leading to a chase throughout the ship.

Rick and Morty come across Jerry and take him with them as they try to find an escape pod on the ship. They climb into one but are promptly pursued by Zigerion ships. Rick orders Morty to mix 2 parts cesium, 1 part plutonic quartz, and an entire (12ox/355mL) bottled water to create concentrated dark matter. But then, Morty freezes and the ship fades away, proving that it was just Rick and Jerry in the simulation all along. Prince Nebulon reappears victorious and after a bit of bragging, he allows them to leave (Prince Nebulon also scheduled an appointment due to concern of discoloration of his butthole flaps). While throwing a victory celebration, Prince Nebulon apologizes for yelling at them earlier and thanks them for their efforts and that they are the best staff that he could have. However, after Prince Nebulon mixes the listed components to make the dark matter, their ship suddenly explodes, proving that Rick knew he was in a simulation the entire time. Rick sings the saxophone part to Baker Street by Gerry Rafferty as their shuttle flies away.

Prince Nebulon is an arrogant, obsessive, and greedy individual who would do almost anything to take Rick's formula for concentrated dark matter. Despite this, he does care a great deal for his subordinates (unlike other villains who consider their underlings expendable). He also shows that he is an intelligent being able to come up with a complex plan in an attempt to con Rick into giving him the concentrated dark matter (although this backfired and would end up being the death of him). Prince Nebulon has gymnophobia, along with the other Zigerions, and is extremely afraid of nudity. However, he was able to overcome this problem by using his minion, Kevin, to create a simulated nude Morty which nearly fooled Rick. 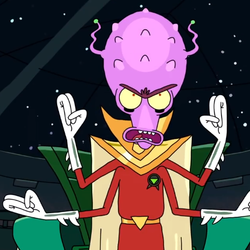 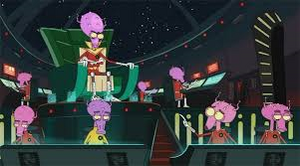 Prince Nebulon in his control room 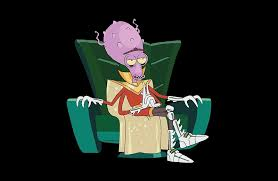 Nebulon sitting in his personal chair 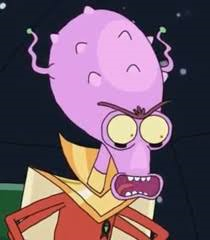 Nebulon's face close up
Add a photo to this gallery 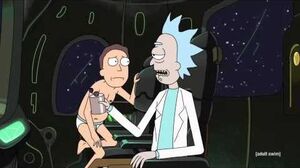 Rick and Morty - They Blew Up 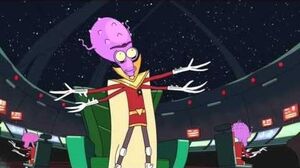 Retrieved from "https://villains.fandom.com/wiki/Prince_Nebulon?oldid=3664001"
Community content is available under CC-BY-SA unless otherwise noted.