Prince of the Galra Empire

Emperor of the Galra Empire (briefly)

Defeat Golion.
Have Princess Fala for himself.

Prince Imperial Sincline is the secondary antagonist of the anime series Beast King GoLion. He is the crown prince of the Galra Empire and a half-Altean, and the son of Emperor Daibazaal. A sadistic and mentally unstable warlord, Sincline is especially obsessed with Princess Fala due to her resemblance to his deceased mother.

He was voiced by Akira Kamiya, who also voiced Dorapin in The Doraemons.

Sincline is a slender humanoid Galra with purple skin, yellow eyes, and long white hair. He dresses in a blue outfit with white gloves. His more humanoid features likely come from the fact that he's a half-Altean.

Like his father, Sincline is a murderous conqueror who thrives on war and conquest, and uses his subjects as scapegoats, killing them for even the slightest failure or perceived slight. He's also extremely mentally unhinged, having deprived pleasure from death.

A notable trait of Sincline is his endless obsession with Princess Fala for resembling his late mother, which motivates his numerous attempts to defeat the Golion team. It has gotten so bad that he even kidnaps Fala's identical cousin, Princess Amue, and keeps her as a slave and rapes her, before attempting to execute her for keep refusing him and his plan to use her as a bait fails. Once Honerva - who is also his paternal grandmother - reveals that his mother was an Altean, Sincline becomes even more unstable than before and kills her in rage.

Sincline was born to Emperor Daibazaal and an Altean woman who the Emperor captured as a slave. Daibazaal would then kill her when she begged him to free the other prisoners, and lie to Sincline that she died giving birth to the latter. Over the years, Daibazaal abused Sincline without mercy, causing the latter to become very unhinged.

Sincline first appears having returned from his conquest of the Great Goering Nebula, just in time when Sadak is about to be executed for his failures against the Golion. Sincline requests for Sadak to be converted into a Deathblack Beastman and fight Golion, to which Daibazaal agrees and sends Sadak and Sincline to the mission. Unfortunately for the Emperor, Sadak is then killed in the battle. Afterwards, Sincline winds up becoming an archenemy for the Golion team, especially Akira Kogane.

Over time, Sincline develops an obsession with Princess Fala due to her somewhat resembling his mother. Due to this, he refuses Daibazaal's order to marry Princess Sahlia of Galleria. Sahlia then fakes her death to help Sincline to abduct Fala, to which the Golion team once again thwart. Sincline then challenges his father in a duel and loses. After repeatedly failing to capture Fala, he instead fixates on her identical cousin Princess Amue Of Heracles, raping her at least once.

After the seven worlds, including Altea, form the Leo Alliance to go against Galra, Daibazaal sends assassins to kill their world leaders and sends the spy Saint to help Sincline recapture the Interstellar Ion Cannon. The mission succeeds briefly, but then Sincline loses the weapon. As a result, Daibazaal himself leads his army to destroy the cannon, but Castle Gradam transforms into a spaceship and thwart the mission. Upon returning to Galra, Sincline has him arrested before announcing himself as the new emperor, sending Daibazaal to a mission to fight the Golion. Right after sending his father away, Sincline learns to his shock that the sorceress Honerva is his own grandmother, who despises him for his hybrid heritage and tries to kill him before being killed along with her cat Jaga.

After killing Daibazaal in a fight, the Golion team invade Galra itself and confront Sincline. They then successfully convince his followers to side with them, only for him to kill the followers for treachery and take Ryou hostage. While Sincline is attempting to destroy the Golion to avenge himself of his previous defeats and rule the universe, an enraged Ryou stabs him and they both fall to their deaths, putting an end to Daibazaal's destructive legacy. 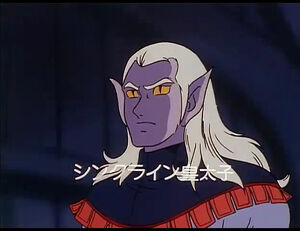 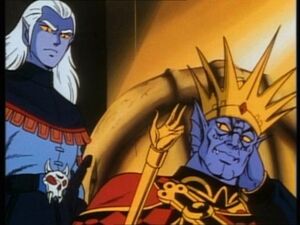 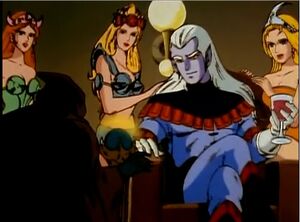 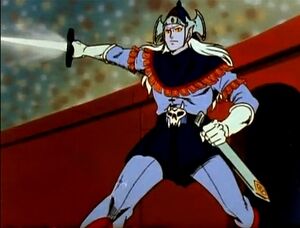 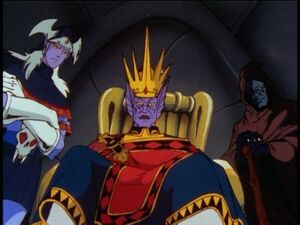 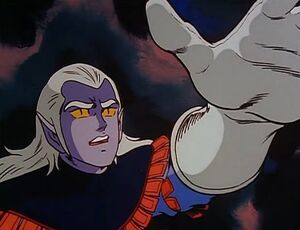 Sincline seeing his mother in a nightmare. 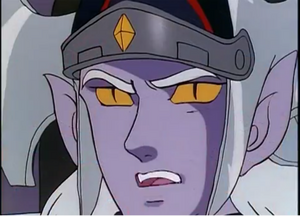 A close-up of Sincline's face. 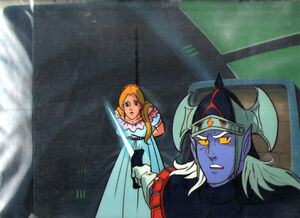 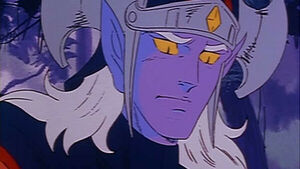 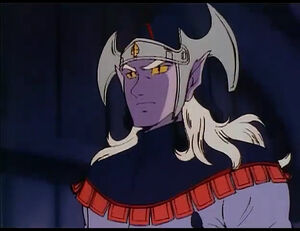 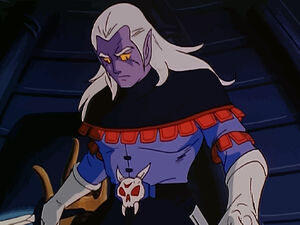 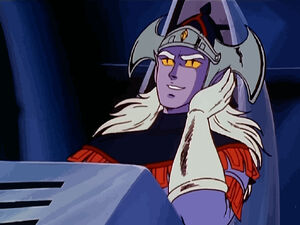 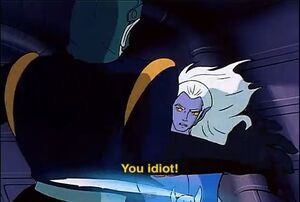 Sincline killing an officer for failing him. 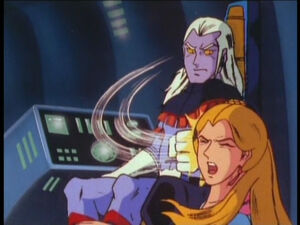