One of the most powerful influences in the galaxy

Meeting with the Emperor

Prince Xizor is a prominent antagonist in the Star Wars expanded universe. He was a Falleen Prince of House Sizhran and the leader of the powerful criminal organization Black Sun. Xizor was a ruthless competitor and charismatic public figure in high society with his headquarters in the city planet Coruscant. Close to the Imperial Palace, but less splendid, was Xizor's Palace: his home outside Falleen.

Following the Battle of Hoth, Xizor was considered one of the most influential beings in the galaxy, on a par with Emperor Palpatine and Darth Vader, due to his exceptional wealth and influence through his criminal activities.

Prince Xizor serves as the main antagonist of Star Wars: Shadows of the Empire.

After the fall of the Republic, the Falleen trickster who was born into Black Sun's royalty already befriended Emperor Palpatine and became one of the most important political icons in the galaxy. About seven years into the reign of the Galactic Empire, Darth Vader ordered the deaths of Xizor's family and several more after a deadly disease ran amuck in order to assure that it would cease to spread. The execution of his family angered Xizor, giving him a secret, life-lasting grudge against the Imperial commander.

Shadows of the Empire

However, the dastardly Falleen masked his anger and put on a polite exterior towards the Empire, assisting in the construction of the second Death Star and telling them the location of a rebel base. Though Vader distrusted Xizor, and for good reason too, he was forced to put on the same polite mask due to the fact the Emperor had a "genuine" friendly relationship with the criminal, spawning a fierce rivalry between the two. Between these times, Xizor made several dealings with Jabba the Hutt and made uncountable amounts of credits (making him one of the richest figures known to the galaxy, but still barely rivaling who else but the Empire), and also had built his personal hitman/bodyguard, Guri.

Xizor planned to kill Luke Skywalker by placing a huge bounty on his head in order to make Vader look bad in front of the Emperor in a form of revenge, as Vader was too searching for the Jedi knight. The rebels noticed the constant attempts of the assassination of Luke, so they sent Princess Leia to Xizor's palace to get to the bottom of it. After a failed seduction, Xizor attempted to personally terminate Luke, Dash Rendar, Chewbacca, and Lando Carissian when they came to rescue a now hostage Leia.

The struggle ultimately led to the complete annihilation of Xizor's palace via a thermal detonator, but both parties escaped and flew off into space for a final showdown. Though Xizor and his crew began firing upon Skywalker specifically, Vader, who was listening to Xizor's orders via a hologram communication, ordered Xizor to cease his fire and surrender to the Empire's custody. Xizor refused, believing he was safe as the Emperor would not allow Vader to execute the prince, but he was terribly wrong. After a few seconds of heart-stopping silence from the probably terrified Falleen, Vader ordered for his ship to be destroyed, which it was, thus ending Xizor's reign for good. 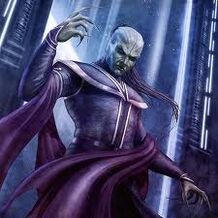 The prince looming over Coruscant 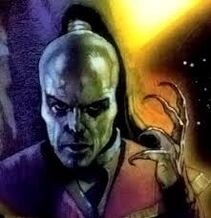 Xizor on the cover of Shadows of the Empire