Keep Josephine in his dungeon and prevent Jackie Chan from saving her (failed).

The Prince of Sorcerers is the main antagonist and the final boss of 1990 NES game Jackie Chan's Action Kung Fu and it's 1991 TurboGrafx-16 adaptation. This spellcaster is the self-proclaimed prince of all of the sorcerers in the whole world.

The prince is a demon-like humanoid with pale green skin, long black hair and red eyes. He wears a black-red cape, karate gi-like red clothes but without arms, black belt, and a emerald/ruby like crystal on his forehead. His rage form transforms his skin into light blue and his clothes and crystal into slightly lighter pink-like-red.

Once he gets defeated, he appears as a black/green orb that covers a fire-like thing and the orb that transforms him into a yellow-skinned spider with six legs with six red nails, six red eyes, two red big teeth and long beard. His rage form transforms his skin into red and nails, horns and eyes into white.

The prince seems older than the NES version as appears with long tressed white hairs, bronze skin tone, black eyes with yellow sclera and a one more eye with same color on his forehead, and long white hand-nails. He wears black-red cape and clothes.

After he gets defeated, he transforms into a yellow-skinned spider with four red lines, three eyes, eight legs and eight nails that one is red and the others are white, two red big teeth -he has also white normal teeth in his mouth-, white hairs and torn black clothes.

The prince is first seen at the very beginning of the game. While Josephine and Jackie walking, the prince appears in sky and paralyzes Jackie with his electrical powers, and kidnaps Josephine. In NES version, the prince teleports Josephine with himself, and in TurboGrafx-16, he controls a cloud to transport Josephine.

In NES version, the prince is not seen, until the final stage, that fights as the final boss against Jackie Chan. After he takes some damage, his appearance changes that can be classified as a rage form, some demonic. Once he gets defeated in his humanic form, he transforms into an orb and floats, and later transforms into a yellow (red in rage) spider and fights Jackie one more, and defeats again, forever.

In TurboGrafx-16 version, prince is seen some boss battles as triggering the statue and mutating a frog with his thunders. He starts to fight Jackie with throwing controlled bricks at him, and later hand-to-hand. Once he gets defeated, he falls and immediately transforms into a spider, and escapes. Jackie walks into the cloud and starts to fight the spider, in sky. He loses his legs while taking damage and eventually falls to death.

The Prince of Sorcerers possesses many superhuman powers, mostly magical from source, and peak human abilities. 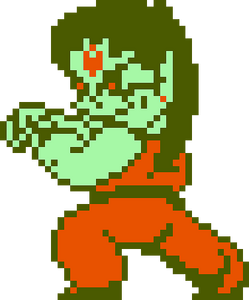 The sorcerer as the final boss. 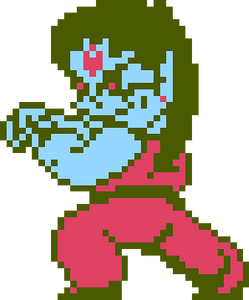 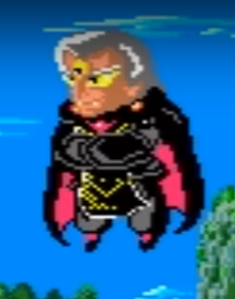 The prince as the final boss. 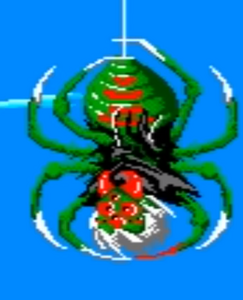 The Prince's Spider form in the TurboGrafx version
Add a photo to this gallery
Retrieved from "https://villains.fandom.com/wiki/Prince_of_Sorcerers?oldid=4288527"
Community content is available under CC-BY-SA unless otherwise noted.