Seducing and eating her victims.

Princess Snake is a minor antagonist in Dragon Ball Z. She is a temptress who lives in a palace on the Snake Way.

Princess Snake is a beautiful woman who has short orange curly hair that sticks up. She has red eyes and wears green eye shadow, she has pointy turquoise ears with huge purple (believably pearl) earrings. Her skin color is turquoise, she wears a dark blue scaly dress and white gloves that go up to her elbows and she wears a long fur boa/scarf.

Princess Snake lured Goku into her palace, and when she first saw Goku, she fell in love with him.

Mistaking her for King Kai, Goku complemented her beauty and even flips her when she attempted to dance with him. But once learning she isn't King Kai, Goku immediately apologizes for possibly hurting her, but she gets over it and invited him for dinner. Goku accepted this, but Princess Snake had her servants put an extra ingredient that would make Goku sleep, with her true intentions were to eat him. However, Goku remained unaffected to this, and is given further attempts to make him fall alseep, such as a change to a night sky, Princess Snake's hypnotic dancing, and more drugs. Only the last, a drugged drink, made him asleep. Upon awakening, Goku attempts to leave, with the princess slipping up by noting Chi-Chi and Gohan's safety, neither being told about by Goku. Goku goes on alert at this, and becomes more serious. Princess Snake realizes the charade is over and finally reveals that the castle was a illusion, as was her form. Her true one being a large snake that Goku was inside the stomach of.

Goku quickly burst out of her mouth while Princess Snake went in pursuit, trying to eat him. Goku considered killing her, but remembered that nice meal she gave him, and so he decided to trick Princess Snake into getting herself tangled. Then Goku left her tangled as he continued onto Snake Way.

He flies past her palace again (showing she got untangled at some point as otherwise it wouldn't still be there) and encounters her servants doing her laundry when Goku is rushing back down Snake Way on his path back to Earth to face Vegeta and Nappa. The rush of wind from his passage knocks the hanging laundry about, but her servants seem neutral rather than upset at seeing him again. 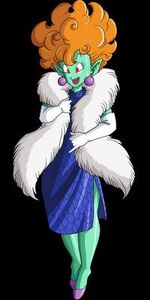 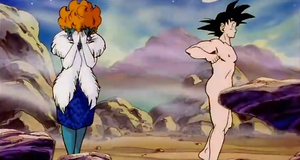 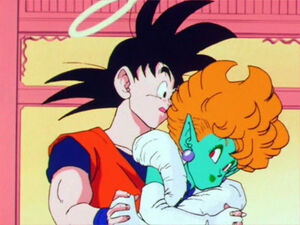 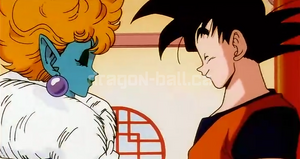 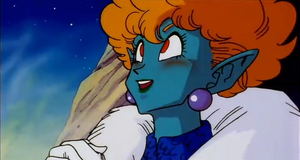 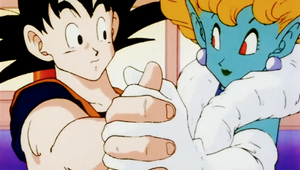 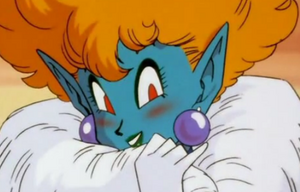 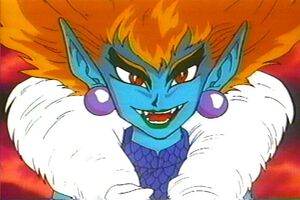 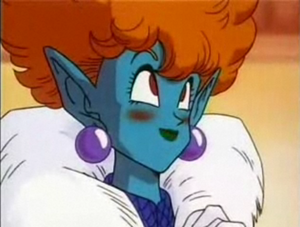 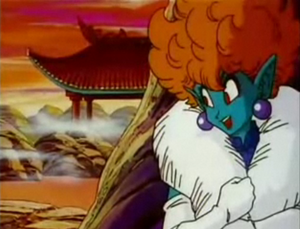 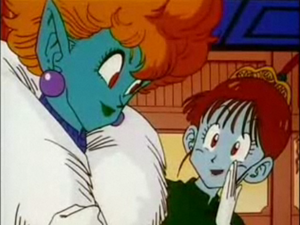 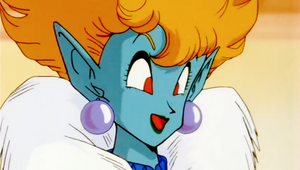 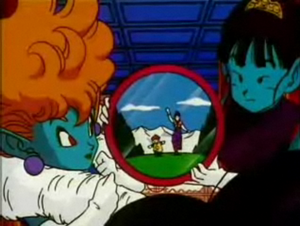