Princess of the Emblian Empire

Take over the Askran Kingdom (failed).

Veronica is the primary antagonist of the fantasy videogame Emblem Heroes. She is the princess and leader of the Embla Emblian Empire. She aims to destroy the Askr Askran Kingdom by manipulating heroes from other worlds into joining her forces. Her personal tome is named Élivágar. Princess Veronica is the princess of the Emblian Empire. Ever since she was a child, she followed in her own father's footsteps and possessed a lot of envy out of Askr's own posterity.

She was voiced by Rina Hidaka in the Japanese version, and Wendee Lee in the English dubbed version.

As a young girl, Veronica followed in the late Emblian emperor's footsteps by traveling to other worlds and enslaving that world's heroes for the sake of spreading the Emblian Empire. Embla supported Veronica's movement and thus, Veronica and the Emblian Empire's war against the Askr empire began.

Princess Veronica of the Emblian Empire first began her domination of Askr by traveling to the World of Zenith in the Prologue Chapter by ordering her men to spread destruction and kill anyone who opposed them and enslaved Zenith's own Minerva. After Minerva's defeat and freedom from Veronica's contract, Veronica retreats back to her own empire and drench her sorrows in a cup of tea. She then travels to the World of Mystery where she enslaves many heroes, but most notably, that world's own Marth. Once Marth was defeated and freed from Veronica's influence, Veronica then moves on to the World of Conquest where she enslaves the Nohrian Family including Xander. However, Xander follows Veronica even after his family's defeat out of sympathy for Veronica's inner torment and loneliness. 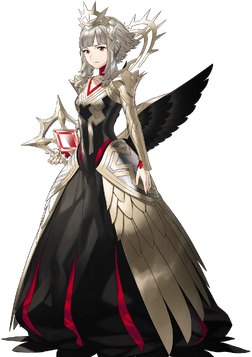 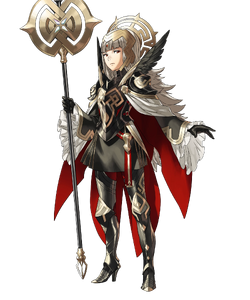 Veronica as she appears in her Brave Princess form 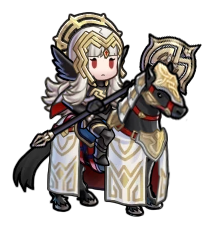 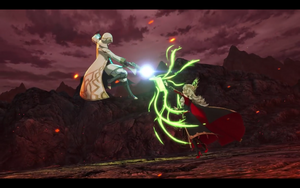 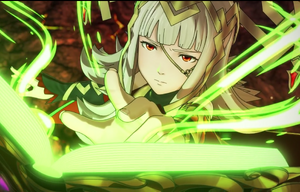 Retrieved from "https://villains.fandom.com/wiki/Princess_Veronica?oldid=3652489"
Community content is available under CC-BY-SA unless otherwise noted.