Villains Wiki
Register
Don't have an account?
Sign In
Advertisement
in: Articles under construction, Spoilers, DC Villains,
and 10 more

Zala Jor-El is a major antagonist of the DC Comics series DC Dark Knights of Steel. She is the daughter of King Jor-El and Queen Lara, as well as the sister of Prince Kal-El and the half-sister of Bruce through her father. She was born of Earth after her home palent destory then later she trained on Amazon Island, where she learned the Amazon arts of war and formed a relationship with Princess Diana.

While Zala and Daina are trained on Amazon Island Lois arrive to greet to Queen Hippolyta to return but wish were a better news she tell happened with shocking news that King Jor-El was assassins. Lois find Zala and Daina druing train and give a shock news King Jor-El die by assassins Zala has to go two of them share a kiss and flew off. At the night of Kingdom of Storms a loud crash that woke up King Jefferson to see what happening right to lead to his son room seeing that Jacob taking by Zala he tell to release him that give idea she flew with him very high sky. Before Jacob ready to fight her Zala drop him from falling killing him that give Jefferson in rage use lightning at her but nothing happen only taunting him it tickles and she flew off.

Zala is next scene is standing nowhere when the Metal men encounter to investors Iron ask her to stand aside she know about them and ask the Peasant Gold knight step in ask her question what is House of El want on Mangus Island and she answer to him won't Mangus lands longer she punching in through his chest killing him and after she kill the Metal men as well. She find the King Jefferson hear about meeting about Amazon he didn't prepared for her last time but he ready her zapping her into a ocean John report to search her then she came out destroy the boat causing about to sinking King Jefferson to want everyone abandon to ship he got stabling piece of boat Zala telling him "no more king" and she flew off. 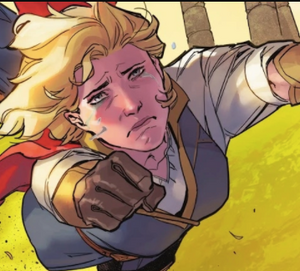 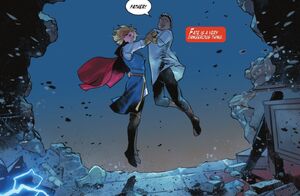 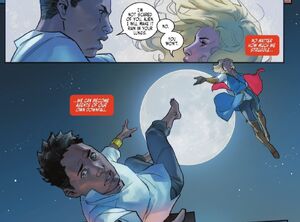 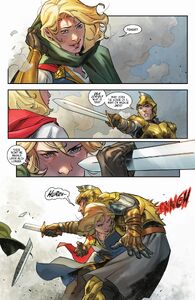 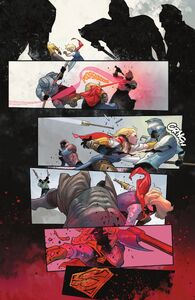 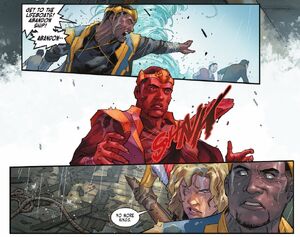