Getting what she wants.
Being the best.

Obtain the Wicked Nine to gain more power and get her revenge on Sofia (failed, mainly because of Vor possessing her).

Redeemed Thief
Prisma is a devious and jealous Crystalmaster who appears as an antagonist in the Disney Junior animated series Sofia the First.

She is voiced by Megan Hilty.

Prisma first appears in The Mystic Isles as the main antagonist. For much of her life, Prisma became determined to cover all the Isles in the Mystic Isles in Crystals to make the most powerful magical jewels ever. Knowing the harm this would cause to the other inhabitants, Azurine tried to make her reconsider, but Prisma would not listen to reason. Because of this, Azurine stripped her of her Terra Crystal and her powers to escape the Protectors.

Prisma runs into Sofia and her stepsister, and tricks them into helping her get back her terra-crystal. When they make they way there she recognizes her sister and reveals her true nature after getting her terra crystal back and sends Sofia, Skye, and Amber away but in the end gets apprehended by Sofia and Skye, who turns her over to the Protectors. Prisma blames Sofia for her defeat and vows to return for revenge. Prisma meets a shape-shifter named Twitch, who brings her the Locket of Vor after she recognizes and requests it to be brought to her. Vor tells them about objects that can restore her power if brought together. Twitch fails to retrieve the first of the Wicked Nine but steals Sofia's Necessi-Key, which Prisma uses to escape her tower and travel with Twitch to find the rest of the Wicked Nine.

In "In Cedric We Trust", Wormwood teams up with Prisma and Twitch to receive the third wicked nine object, the Evil Queen's crown. After Wormwood retrieves the crown, the Locket of Vor tells Prisma that the crown can be used to shoot lightning when held up to the sun. When Sofia confronts her, Prisma uses the crown to shoot lightning at her. She then uses it to fend off King Roland II and Cedric the Sorcerer, who had followed Sofia. Declaring that Sofia had "been a thorn in [her] side once too often" Prisma uses the crown to shoot lightning at the ground to create a crevice in an attempt to kill Sofia once and for all, but Cedric managed to rescue Sofia before she could fall in. Deciding that it didn't matter, Prisma, Twitch, and Wormwood flee with the crown.

In the finale "Forever Royal", Prisma is later tricked by Vor to release her spirit so that way Vor can have a living host to possess to spread her evil around the world. She mind controls Chrysta to call Sofia to let her know the danger and traps the Protectors in a barrier for them to not be able to get out. She later tries to mind control Sofia's family but Sofia breaks the spell. However, Amber comes up with the idea of trapping Vor in Sofia's amulet similar to how Elena was trapped. The plan succeeds but Vor drags Sofia with her in the amulet. Sofia is them able to defeat Vor and Prisma is finally free from Vor's grasp. They are both saved by Cedric and Prisma remorsefully turns herself into the Protectors where she is then incarcerated.

The most defining trait in Prisma's personality is her envy of her sister's talent and desire to outshine her. She is selfish and callous to the point where she doesn't care about the harm she causes to fulfill her goals, as proven when she wanted to cover the entire Mystic Isles in crystals despite knowing the harm it would cause both the inhabitants of the Mystic Isles and the EverRealm, and her self-centered nature seeks admiration and recognition in order to outshine her sister. She is also shown to be quite clever, as shown when she got Amber to do what she wanted by taking advantage of Amber's envy of Sofia and greedy desire to have what Sofia has for herself. It's also shown that her selfishness has made her sadistic to the point where she enjoys fulfilling her goals more when she hurts others to fulfill them and shameless enough to expect people she has hurt in any way to do her favors. Her vanity can be used against her, as Amber distracted Prisma by rubbing her ego the wrong way, and she has no real honor, as the crystal, she promised Amber originally had no magic at all. Her arrogance comes in full circle every time she is defeated — typically she swears revenge on Sofia, blaming her for what she's lost and not recognizing her own misdeeds.

However, she also puts up a facade of sweet, innocent politeness in order to trick people, and even upholds her mannerisms when her mask is off. She does appreciate some help, as she is loyal to Twitch. She is also shown to have a degree of defiance when confronted by the Protectors.

After being double-crossed and possessed by Vor, however, Prisma — who never truly intended to allow the EverRealm to fall to evil — finally realizes that in her pursuit for power, she let herself be manipulated by Vor and nearly doomed all of the EverRealm to the tyrant. Prisma learns the error of her ways and willingly surrenders to the Protectors for her actions.

When she had her terra-crystal she could create, generate and manipulate crystals of all sorts. To summon them, she had to say, "Crystalo!". 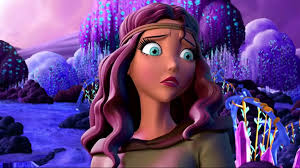 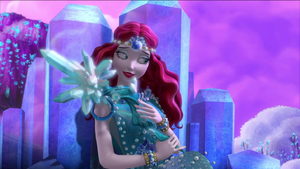 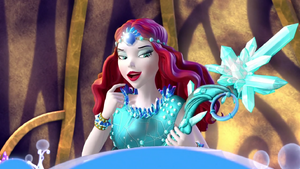 Prisma plotting to turn the isles into her own crystal farm. 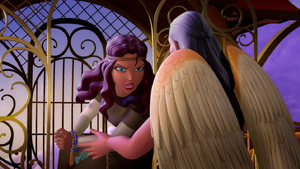 "This is all your fault, Princess! And don't think I won't remember it." 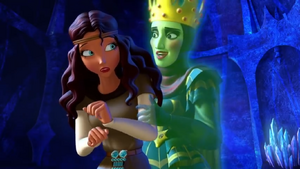 The spirit of Vor appears before Prisma 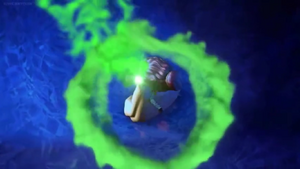 Vor's spirit lunges into Prisma, possessing Prisma's body as her own. 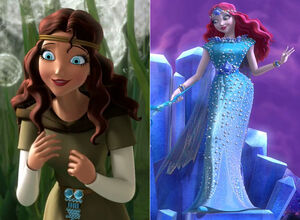 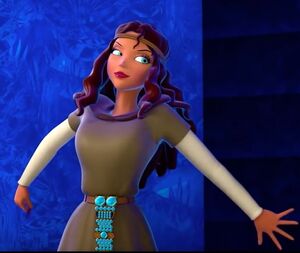 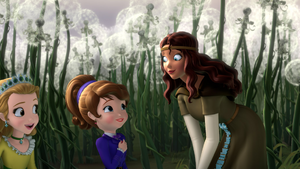 Prisma with Sofia and Amber 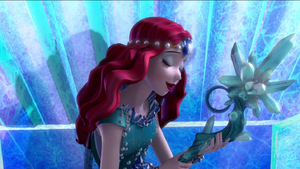 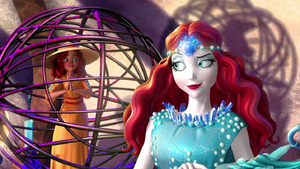 Azurine begging Prisma not to harm the Isles, to no avail. 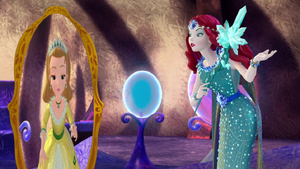 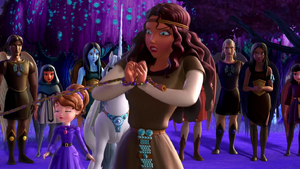 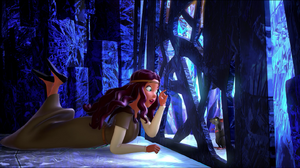 "Wait a minute! You can change shape! Can you change into something really tiny?" 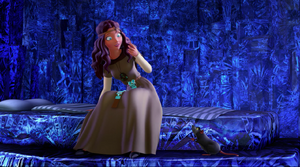 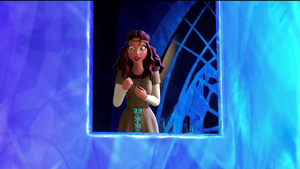 "Yes! And not even that pesky Princess Sofia will be able to stop me!" 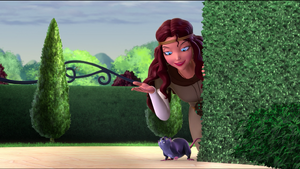 "Twitch, you should try out to be Sofia's helper. You know sow much about magic." 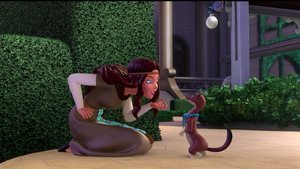 "My, what a handsome weasel you are. Now, run along. Deceive that princess. Shoo." 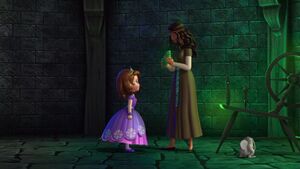 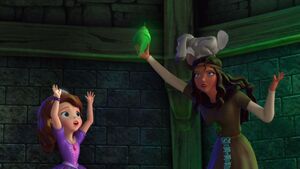 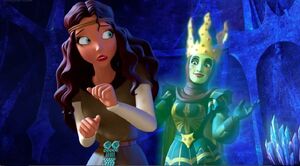 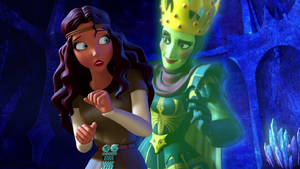 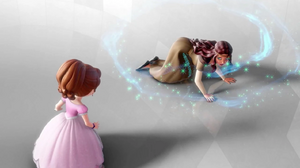 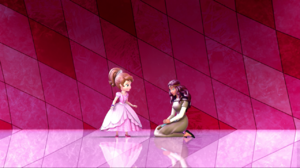 "I'm sorry, Sofia. I never meant for all this to happen." 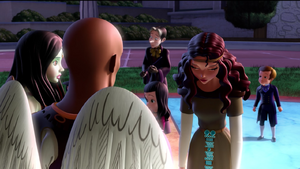 "I'm so sorry for all the trouble I caused. I'm ready to go now." 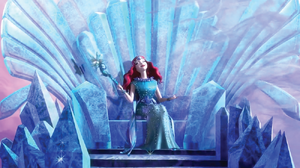