The "Professor" is a villain in Marvel Comics.

A civilian adviser to the American military during the 1950's, Professor Truett Hudson went out to investigate a concentration camp and stumbled across a laboratory for Mister Sinister. The American military wanted the professor to utilize the information in the lab and begin a program based on it. The program he developed became known as the Weapon Plus Program.

The program was designed to create super-soldiers that the military could use. The name began as Weapon I, then II, and so on. After many attempts and multiple incarnations, Weapon Plus was up to Weapon X. The professor decided to use a team, named Team X, to begin the program. The team included Wolverine, Sabretooth, Mastodon, Maverick, Silver Fox and Wraith. They had false memories implanted in their minds to create the members as "sleepers", able to get behind enemy lines and then be "activated" when needed.

Wolverine eventually broke free of this programming and escaped the facility. Over time, the professor continued to administer the program to other mutants. Eventually, Team X began to remember what had happened to them and upon Wolverine's journey back to the facility, another secret program was activated.

The program was the Shiva Scenario. In the event that one of the subject went rogue, a robotic being would be dispatched to eliminate the operative. It was during Wolverine's encounter with Shiva that he learned of the professor's existence. Wolverine began to look for the professor and came to find that he had already been slain by Silver Fox, now working for Hydra. 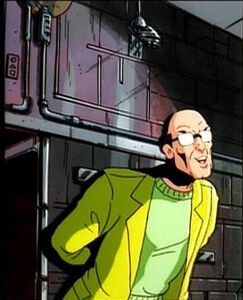 The Professor in the X-Men animated series 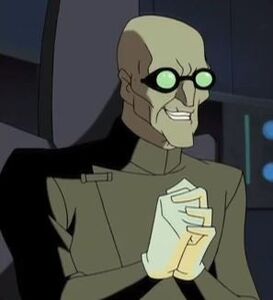 The Professor in X-Men: Evolution 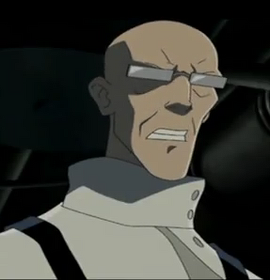 The Professor in Hulk vs. Wolverine
Add a photo to this gallery