Create the ultimate being (succeeded).

Hojo was the mastermind behind SOLDIER and the Jenova Project, and is initially head of Shinra Inc.'s Science Research Division. However, Hojo's goals stand apart from Shinra's, with a focus on scientific pursuits and monitoring the actions of his biological son and greatest creation, Sephiroth. Hojo's actions with SOLDIER and Jenova make him directly or indirectly connected to most of the major antagonists of the Compilation.

Hojo was not always the head of Shinra's science department. Before all that, about 30 years prior to the first game, he went to Nibelheim to aid with the Jenova project. In the project, he wanted to see if he could pass on Jenova's abilities to a human. To do so they injected Jenova cells into the scientist Lucrecia Crescent, his wife who was pregnant with Hojo's child. This child was Sephiroth.

Hojo was able to out do Professor Hollander's work, whose experiments lead to the birth of Genesis and Angeal. Hollander was replaced as the head of the department by Hojo, and Hollander tried to get back at Shinra by using Genesis and Angeal. This, however, does not work, and Hojo prevales once again due to Genesis' degradation, and Angeal's morality.

After Zack and Cloud defeated Sephiroth, Hojo kept them in the basement of Shinra manor and experimented on them. Zack, being SOLDIER could stand the Jenova cells that were injected into him, but Cloud ended up with severe mako poisoning.

Professor Hojo functions as a root cause of most of the troubles that occur within the game Final Fantasy VII. He is first encountered when Cloud, Barret and Tifa sneak into Shinra HQ to save Aerith from his lab. Hojo had a fascination with the people of the lost Centra who were once called the "Ancients", of which Aerith was the last, and intended to spend the rest of his natural life studying her. Upon seeing Hojo, Cloud's head begins to ring, from the psychic presence of Sephiroth who knew the mad scientist all too well. After Hojo leaves his meeting with the head members of Shinra discussing Aerith's scientific value he returns to his lab and the party quickly follows him. At his lab the team discovers not only Aerith but Jenova, locked away in a holding chamber and Red XIII forced into a cage with Aerith. Whether Hojo was trying to some how breed Aerith and Red XIII (both who are the last of their kind), preforming a Darwinian experiment or was just a fan of blood is never really stated. Whatever the case for locking the subjects in together, soon after Red XIII starts chasing Aerith and the party comes into save her. Hojo opens the cage to check on his subjects and is immediately attacked by the angered Red XIII who as it turns out was just putting on a show to get Hojo concerned enough to get him out. Hojo gives Cloud and friends the information needed to escape the floor and simply waits for them to leave.

He is not seen again until the heroes skip the continent and wind up on Costa del Sol, a resort town. When encountered this time Hojo is sun bathing surrounded by beautiful women. This time he is open about telling the party where to go, caring little to nothing about his employers' personal enemies and more about seeing how his experiments (Cloud, Aerith, Red XIII, and ultimately Sephiroth) would turn out. He mentions the Reunion though does not elaborate on it much.

After Hojo puts Cloud on Sephiroth's trail he is not seen again in person by the party for some time but they will find his notes in Nibelheim, Cloud's home town and the site of Sephiroth's descent into madness. From some of Hojo's notes to the villagers it turns out the entire village was rebuilt after Sephiroth burned it to the ground and re-populated with Shinra undercover agents to cover up the incident. Exploring the Shinra mansion, Hojo's work place and secret labs beneath, the party will find numerous books and notes covering the mad research that Hojo put into experimenting on Jenova. The party also may encounter Vincent Valentine, an optional, though cannon, party member who was killed, geneticly modified and reanimated in combination with several dead-end monstrous creations spliced into his body. Vincent was a Turk sealed at the bottom of the mansion's basement in a hibertative sleep he shows apathy for the party until the name Hojo is mentioned and soon becomes concerned enough to join the fight when promised the chance to kill Hojo.

Hojo is mentioned again when the party gets to the Northern Crater, closing in on Sephiroth. If the party stops to look at the tapes of Professor Gast and Iflana, Aeirth's parents, they will find Hojo is the one who killed Gast and hunted down Iflana until she died trying to keep Aeirth safe. Furthermore it is revealed that Hojo stole all his research from Gast on the Centra, Weapon and Jevona. Hojo is at last encountered again in the flesh at the very center of the Northern Crater just beneath Sephiroth's frozen body, he had flown in with the rest of Shinra to stop the Reunion, though really Hojo had come to see the Reunion unfold not stop it. When Cloud is psychically forced to hand Sephiroth the Black Materia needed to destroy the planet, Hojo though surprised is happy to see his creations meeting his wildest expectations.

Towards the end of the game the party may find Lucrecia's body and spirit frozen in Mako, much like Sephiroth. Lucrecia will reveal her part in Sephiroth's creation during which Vincent's past with her and Hojo is revealed as well. Vincent was assigned as bodyguard to Lucrecia and Hojo, he was also in love with Lucrecia, when he raised concern over Hojo endangering Lucrecia's life by injecting her with Jenova cells he is promptly shot by Hojo.

Hojo's last caper in game is in response to Sephiroth's awakening. Shinra intends to shoot their giant laser cannon at the Northern Crater to destroy the force-field protecting Sephiroth so they can stop him from destroying the planet. Hojo of course was assigned to operate the cannon, however he is reconfiguring the ray not to destroy but empower Sephiroth. By killing the people within the city and sending their life-force to the Life-stream and letting Sephiroth feast on the pure Mako energy being shot at him, Hojo wanted to see his son/experiment achieve the height of his scientific purpose. Hojo's actions provoke a Weapon to attack Midgar, though Rufus is (supposedly) killed as a result Hojo keeps right on with his plans as if his so-called boss was never really an issue. When Cloud and the others parachute into Midgar they meet with many monsters and guards under Hojo's directives but eventually make their way to the top of the cannon. Once confronted, Hojo states his mad plans and reveals at long last that he is Sephiroth's father, a fact that even Vincent had not known. Hojo also reveals he has injected himself with Jenova cells and attacks the party; as the battle progresses, Jenova's cells cause Hojo to mutate into a more powerful form upon each defeat. After the defeat of his human form, he transforms into Helletic Hojo, a hideous writhing mass of flesh; after this form's defeat, he mutates again into the alien-like Lifeform-Hojo N. His third and final defeat results in his death.

In Dirge of Cerberus, Hojo is revealed to have uploaded his intelligence onto the net which eventually took over the body of his other experiment, Weiss the Immaculate, the main boss of the game. Hojo wished to use Weiss, who existed outside the planet's life-stream, to merge with OMEGA Weapon a guardian meant to cleanse the life-stream. It was Hojo's goal to use OMEGA as a new body to travel the stars and go from planet to planet sucking the life of each one dry until he becomes something of a god, and thus being declared the perfect lifeform. However though firmly in charge behind the scenes Hojo is eventually detached from Weiss's mind and killed by Weiss's brother Nero.

Hojo is a complete sociopath who has next to no motivations for anything he does other than he wants to see what will happen next. He deals with threats on his life as trivial and deaths and suffering of billions as less than nothing. He has destroyed numerous lives and even Sephiroth has shown a severe distaste for him. Rufus and other Shinra executives are apparently unnerved by him and only view his research as worth putting up with him. He is prone to laughing fits and views his early career as a scientist with disgust compared to what he knows by the end of the game. Most of his research partners have wound up running for their lives, dead or worse with their research stolen and claimed by Hojo as his own. Though having a son, wife, several beautiful "consorts", comrades and research partners he has never displayed any sign of sentimentality, empathy, remorse or compassion. He too shares these similar qualities with another scientist Fuhito who praised him as his hero. 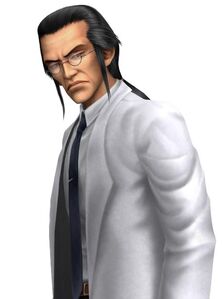 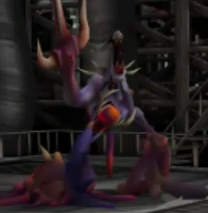 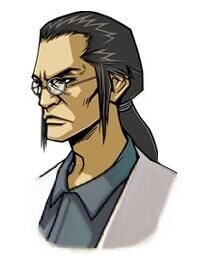 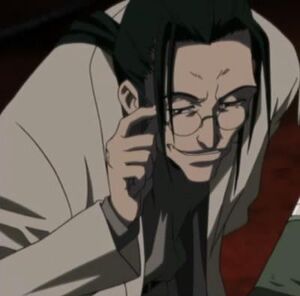 Retrieved from "https://villains.fandom.com/wiki/Professor_Hojo?oldid=4208398"
Community content is available under CC-BY-SA unless otherwise noted.