Professor J.S. Heinrich Ibsen is the mad scientist of Jumanji. He invents dangerous Steampunk-like machines. Ibsen is tasked to "work" for Jumanji, creating dangers and nightmare machines like poisoned acid-spitting frogs and battle-armored rhinos. He sends daily reports to "Jumanji" itself which broadcasts throughout the jungle. He calls himself a "Master Builder of Jumanji." This is a reference to the Norwegian playwright Henrik Ibsen and his play "The Master Builder".

He was voiced by William Sanderson.

He uses it to create even more monstrous creatures, reform damaged ones, and reshape the terrain through the jungle while he is busy doing his daily report. At his lab they try stealing the computer back, but his machines attack, and then the computer overloads creating a cyclone.

The mosquito then crashes through the image, destroying it just before they can get the clue. Fully healed, Alan then shoves Stalker off a cliff and down to the bottom of the waterfall, saving Peter. Judy gives Alan her knife as a gift having learned from his dreams that he considers them his family and it solves the clue and Peter returns to normal. Alan promises that they'll finish his party when they return as they leave. After Judy and Peter leave, Stalker emerges from the water and vows for more revenge someday. 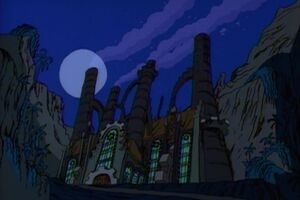 The Factory of Jumanji 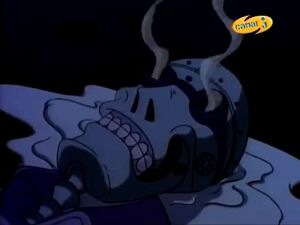 Ibsen's True Form
Add a photo to this gallery

Retrieved from "https://villains.fandom.com/wiki/Professor_J.S._Heinrich_Ibsen?oldid=3551658"
Community content is available under CC-BY-SA unless otherwise noted.