Villains Wiki
Register
Don't have an account?
Sign In
Advertisement
in: Mature, Doctors and Scientists, Usurper,
and 38 more

Professor von Kriplespac, also known as Ze Professor, is the main antagonist of Conker's Bad Fur Day and it's remake Conker: Live and Reloaded along with it's multiplayer campaign mode. Although this fact is implied, it does not become apparent until the end of the main game. He was once known as the Weasel King before his nation was laid low and is the arch-nemesis of Conker.

He was voiced by Chris Seavor.

Many years later, the Panther King summons his predecessor, who is now a Professor that travels around on a hovering chair, to fix his broken table and threatens Ze Professor not to take too long or he will be tortured using duct tape. Back in his laboratory, Ze Professor expresses his hatred of the King and secretly plots against him while he begins to assess the table problem. After much experimentation, Ze Professor finds a solution to the king's predicament and explains to him that they need a red squirrel to repair the table, prompting the king to order his guards to find one. Meanwhile, Ze Professor unleashes his army of deadly teddy bear-like creatures called Tediz to wage war against the Squirrels and eventually dethroned the Panther King. However, Conker destroyed most of the Tediz when he drove Reagan to blow up the Tediz barracks.

Ze Professor is not seen until the game's final chapter, alongside the Panther King and Don Weaso. The villains trap Conker inside a bank vault where it’s revealed that Ze Professor has been using the Panther King as an incubator for his creation Heinrich, a Xenomorph-like creature which soon causes the king extreme pain before bursting out of his chest. With the Panther King now dead, Ze Professor launches the bank vault in orbit and orders Heinrich to kill Conker. However, Conker flips the switch to open the vault’s airlock and Ze Professor is caught in the resulting vacuum. The scientist clings onto the floor for dear life as his hovering chair is pulled outside, but he is unable to hold on and is sucked out into space screaming.

Live and Reloaded’s multiplayer campaign tells a different version of Ze Professor’s history. In the campaign, he is named Professor Von Kriplespac and is trying to eliminate the Squirrel High Command (or SHC) using a “really big gun” from his heavily guarded fortress. If the SHC triumphs over the opposing Tediz forces, Von Kriplespac’s legs are blown off to prevent him from activating the gun. The Professor then retreated to his mountaintop castle where prepares a machine that will create a new generation of Tediz troops. Again, Depending on which side wins, Von Kriplespac will either succeed in his goal or will be sucked into his machine before it explodes and seemingly kills him.

The war between the SHC and the Tediz continued for 200 years when Von Kriplespac discovers what he believes to be a secret weapon hidden on another planet. Both the SHC and Tediz battle to find and obtain this weapon, but regardless who succeeds, it is eventually revealed that the weapon is actually the long dead Panther King. Von Kriplespac tries to resurrect the fallen king in an attempt to finally win the war, but is faced with opposition from the SHC. Once again, whatever side wins will determine the results. 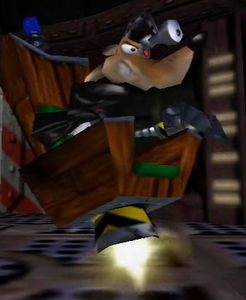 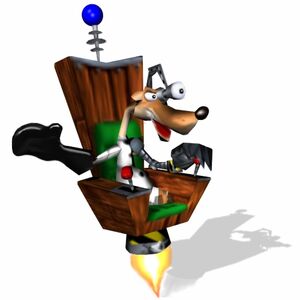 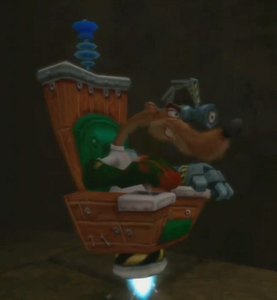 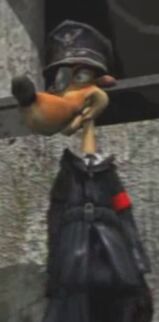 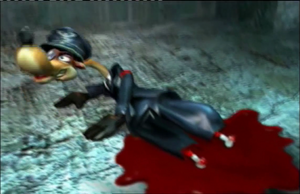 Kriplespac with his legs blown off