Eliminate all aliens on Earth.

Kill Supergirl and Superman (all falled).

Project Cadmus is the main antagonistic force in the second season of Supergirl.

Initially a governmental genetic engineering facility, Cadmus cut all ties with the government and went rogue after the proposal of the Alien Amnesty Act. Cadmus has made it its highest priority to eliminate all alien life on Earh, including Supergirl and Superman, by any means neccessary.

When the DEO agent Hank Henshaw is revealed to be the martian J'onn J'onzz, the military sends Colonel James Harper to clean up the DEO. Eventually, Harper orders for J'onzz, as well as his colleague Alex Danvers, to be sent to Cadmus where J'onzz' powers are supposed to be turned into military weapons and Alex will be used in experiments. However, during the transport both are freed by Supergirl and Lucy Lane. Before fleeing, J'onn erases Harper's memory on the events and forces him to resign. From his mind, J'onzz learns that Jeremiah Danvers, father to Alex and adoptive father of Supergirl, is still alive and captive at Cadmus.

Cadmus eventually defects from the DEO and starts working against all alien life on Earth, also cutting all ties with the government.

Shortly after the defeat of Non, Cadmus gets hold of some kryptonite from the DEO. They later use this to turn the wounded hitman John Corben into the supervillain Metallo.

After Metallo has been created, Lillian Luthor sends him out to fight Supergirl and Superman. Although Metallo is ultimately defeated, Lillian is pleased as he put up a good fight and even managed to wound Superman. Although her assistant is not happy with Metallo, claiming that he is not ready, Lillian intends to rely on Metallo in the future. Furthermore, she orders her faithless assistant to be turned into a cyborg as well.

Cadmus makes their presence known to the world, hijacking all public broadcasts in National City. Cadmus claims that aliens have taken Earth from the humans and that they have to be eradicated. Cadmus declares war on the aliens and adds that all who protect the aliens will be eliminated as well.

When their assistant-cyborg is completed, Cadmus sends it to Metropolis to wreak havoc. To prevent Superman and Supergirl from interfering, Cadmus sends out Metallo as a distracton. Meanwhile, Alex Danvers uncovers a Cadmus mole in the DEO, the same person who provided Cadmus with the kryptonite. When she tries to apprehend him, however, feigning another kryptonite delivery, the man is shot by Lillian Luthor who arrives with other Cadmus agents. Lillian attempts to convince Alex to join Cadmus but Alex refuses, even admitting that her father is still alive. After Alex' refusal, Lillian orders her men to kill Alex but Alex is able to escape.

In another fight with both of Cadmus' kryptonite-cyborgs, Superman and Supergirl are able to destroy both with help from J'onn J'onzz and Alex.

Eventually, Cadmus releases a new video after alien weaponry has been used by criminals to rob a bank and fend off Supergirl. The timing of both incidents cause the DEO to suspect that Cadmus is handing out the weaponry to create more hate against the aliens. More robberies take place throughout the city and again, the robbers use alien guns.

After Supergirl has fended off the robbers again, Lillian Luthor meets with their leader, Miner. Although she tries to convince him to attacks smaller targets to avoid Supergirl's attraction, Miner in turn convinces her to provide her an even stronger weapon.

Eventually, Miner decides to make one last robbery. After demanding the weapons from Cadmus so he can rob Lena Luthor's gala, Lillian refuses to give him the guns. When Miner draws a pistol, Lillian coldly forces him to stand down. However, Miner tells her that he will take down the party without her weapon.

After Miner and his men have failed and have been apprehended, Lillian uses a device to contact them telepathically, telling them that they will tell nothing about Cadmus. Using the same device, Lillian then fries the brains of the three thugs, killing them.

Days later, Cadmus captures Mon-El. After he is imprisoned in his cell, Mon-El provokes one of the guardians to come closer and then attacks him and opens the cell. Mon-El flees through the compound until he arrives at a locked gate. Before he can react he hears a noise behind him. Turning around, Mon-El sees Lillian Luthor and two of her guards dragging a person behind them who Mon-El assumes to be J'onn J'onzz. As Lillian threatens "J'onzz" life, Mon-El stands down and is dragged away.

From Cadmus, Lillian uses her mind device to telepathically contact Supergirl. Kara correctly identifies Lillian as a member of Cadmus and Lillian invites her to Cadmus, claiming that they already have Mon-El and that Mon-El will die should Kara tell anyone or refuse to come. With no other choice, Kara follows Lillian's invitation and is confronted by another of Cadmus' disciples, the Cyborg Superman who was formerly known as Hank Henshaw. Cyborg Superman defeats and knocks out Kara who is imprisoned in the cell next to Mon-El.

Lillian visits the cells and Kara recognizes her as Lena's and Lex' mother. Lillian reveals that she blames Superman for turning Lex evil and has thus decided to eliminate the evil alien influence on Earth. She then mentions that she needs something of Supergirl - Supergirl is supposed to use her heat vision long enough for the solar radiation in her cells to deplete. Lillian intends to collect the radiation in a specially fabricated helmet. As Supergirl refuses to cooperate, Lillian threatens Mon-El's life and thus convinces Kara to work with her. After Kara has done what Lillian asked of her, Lillian slaps her in the face to check whether it worked. When Supergirl bleeds, Lillian orders her brought away for testing. Kara is strapped to a chair and Lillian takes some of her blood. By using Supergirl's blood, Cyborg Superman successfully manages to enter the Fortress of Solitude. He opens the kryptonian database to learn everything he can about the so-called Project Medusa.

Kara and Mon-El are freed from Cadmus by Jeremiah Danvers who chooses to remain behind to cover their escape. When she later returns with the DEO to save Jeremiah, however, the entire facility is abandoned.

At a secret bar frequented by aliens and humans alike, Cyborg Superman activates a bomb which unleashes a gas. The gas kills all aliens but leaves the humans unharmed.

After realizing that the gas is of kryptonian origin, Kara connects the clues and realizes that Cadmus was at the Fortress of Solitude. Heading there to invistigate, Kara learns of Project Medusa - a bioweapon virus which kills all alien lifeforms except kryptonians. While at the fortress, Kara is attacked by the Fortress' defense mechanisms as Cyborg Superman programmed it against her.

The DEO finds out that Cadmus intends to use a dispersion agent to spread the Medusa virus over the entire Earth. As the agent does not exist on earth and the only thing similar to it is owned by L-Corp, Supergirl heads there immediately and turns up just in time to witness Henshaw arriving. In the resulting fight, Kara is overpowered. The SWAT team that turns up cannot save her either. Henshaw is only stopped when a dimension breach opens, briefly distracting him. Although Henshaw is forced to flee, Lillian later obtains the agent from her daughter Lena.

Ready to unleash the virus on the entire Earth, Cadmus launches another message claiming that soon, the world would belong to humanity again. At the launch site, Lillian meanwhile tests Lena's loyalty by ordering her to launch the missile. Lena follows her orders and when Supergirl and J'onn arrive, they find the missile already launched. While Supergirl flies after the rocket, J'onn is attacked by Cyborg Superman. The two Luthors use the chance to escape. When Supergirl reaches the rocket, Lillian triggers an extra boost, causing Kara to be lunged away by the force. The agent is successfully dispersed over the entire Earth, however, it is revealed that Lena gave her mother the wrong isotope to make the virus a failure. Lena reveals that she also called the police and watches as her mother is led away by officers. 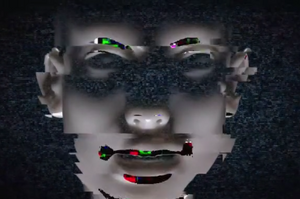 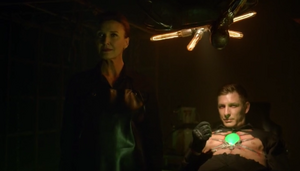 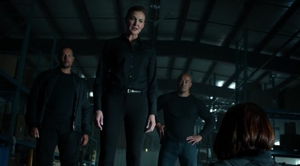 Lillian and her men capture Alex 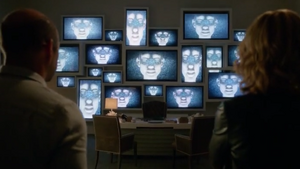 One of Cadmus' broadcasts 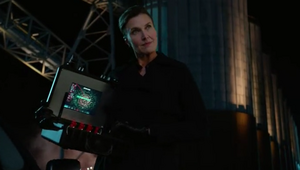 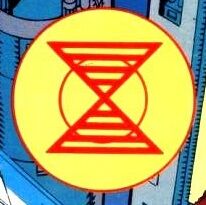