The Project Scientists are a minor yet influential group of antagonists in the 2007 video game Manhunt 2.

Working for Dr. Pickman, the Project scientists are directly responsible for the experiments on the Dixmor Inmates, The Legion, and Daniel Lamb.

During the introduction of the game, one of them can be seen on a TV screen running from inmates during the Dixmor Asylum riots.

Four of them appear again near the end of the game during the mission "Origins":

After this, the scientists are never seen or heard from again.

It can be assumed that after Daniel gets his freedom and a new life, all the scientists that are still alive would be arrested for crimes against humanity. 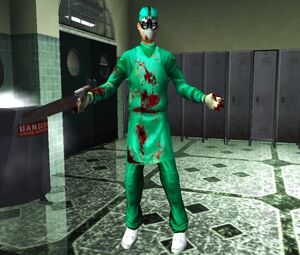 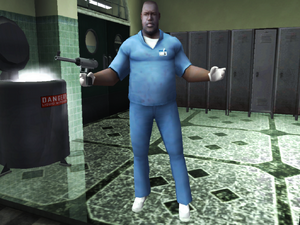 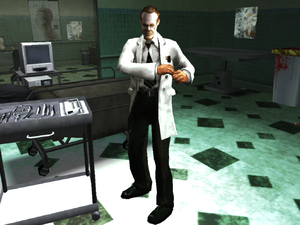 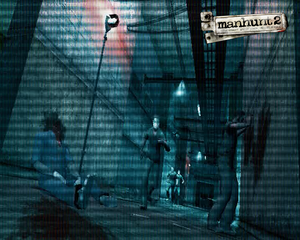