Get rid of machines.
Create humans that can transform (all failed).

Prometheus Black, now known as Meltdown, is a recurring antagonist in the Transformers: Animated series, serving as the main antagonist of the Season 1 episodes "Total Meltdown" and "Survival of the Fittest" as well as the Season 2 episode "Black Friday".

He is a business rival of Isaac Sumdac that experimented on biological technology before mutating himself into an acidic creature. Blaming Sumdac for his mutation, Meltdown becomes obsessed with getting back at him in addition to create an organic transformers, leading him to kidnap different subjects for his genetic experiments.

He was voiced by Peter Stormare, who also played Gaear Grimsrud in Fargo, Shayes in Mercury Rising, Dino Velvet in 8mm, Lucifer Morningstar in Constantine, Dracula in The Batman vs. Dracula, Sir Slicer in Adventure Time, Torsten in False Trail, the Ghost in 22 Jump Street, Werner Zytle in Arrow and Abram Tarasov in John Wick: Chapter 2.

Prometheus Black was a scientist who experimented on biotechnology while his rival Sumdac experimented in robotics. His experiments became a success in Detroit because the citizens feared that robots would take their jobs. He organized a wrestling match between Bumblebee and a mutated human and hoped that Captain Fanzone would sign his contracts. The wrestling match, however, went out of control which made Fanzone reject all of Prometheus' contracts, ruining him financially.

He later discovers a fragment of Bumblebee's armor covered in the hydraulic fluid after the fight. Black takes it to his laboratory and plans on creating an acid that could melt Autobot's armor. Black presents his findings and plans to the bank representative Porter C. Powell. Powell refuses to fund his experiments or provide any test subjects which infuriated Black.

In his anger, he throws the steroids all over his lab and mutated by inhaling the fumes. Prometheus now calls himself Meltdown and wears a protective suit that controls his powers. Meltdown seeks revenge on his rival Sundac first by sabotaging his rival's experiments. Later, he tries to kill Sumdac by melting him with his powers. The Autobots managed to foil his plot and was trapped in a force field.

After his first confrontation with Autobots, he discovers Dinobot Island and coerced the Dinobots through his acidic powers. Meltdown kidnaps Sumdac's daughter Sari and tries to experiment with her like he did with two other people, one of them was Black's lawyer. The Dinobots turned on him and Black chose to go to jail rather than face their wrath. But he eventually escaped from his sentence.

In his last appearance, he was brought to Blackarachnia to cure her of the organic side. Meltdown seemingly agrees, but eventually betrays her and tries to destroy Blackarachnia's mechanical side. Optimus interferes and Meltdown was hit by an energy beam that melted him. Optimus thinks that Meltdown was gone for good but his body begins to reconstruct itself. 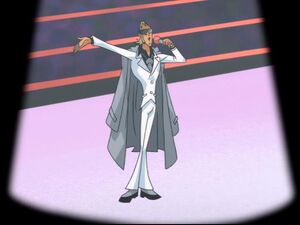 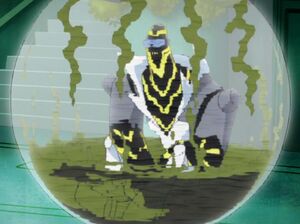 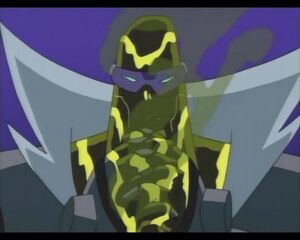 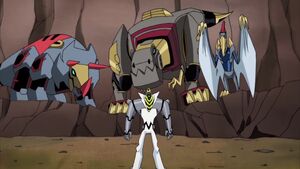 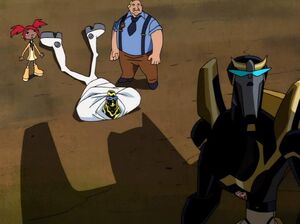 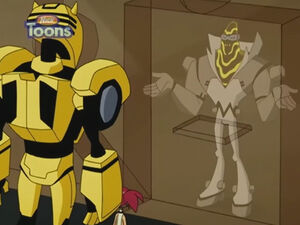 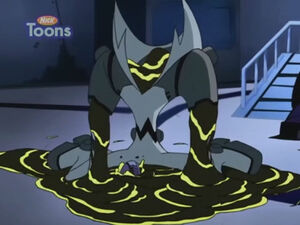 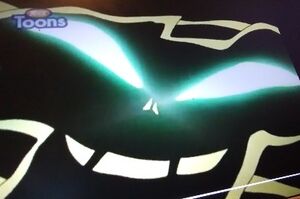 Meltdown in his now-liquid body