Proteus was a disturbed mutant supervillain originating in Marvel's popular X-Men series. He was an extremely powerful being capable of reshaping reality itself in horrific ways at will: due to his power and status as the son of Moira, a recurring ally/lover of Xavier, Proteus has appeared in varied incarnations of X-Men both in the comics and in other media.He was one of the main villains of Exies and was also the main villain of the less received X-men/Star trek crossover.

The son of Moria MacTaggert, Proteus grew up a prisoner in his mother's Mutant Research Facility on Muir Island, where a special energy field prevented his mutant power to alter reality from consuming his body. When his cell was breached during an attack by Magneto, Proteus escaped into the world, but his powers quickly incinerated his own body and he existed as psychic energy. He shifted from host-body to host-body as each wore out, including that of Moira's estranged husband Joe. Only the intervention of the X-Men and Proteus' vulnerability to metal stopped him and his rampage was halted by Colossus. Proteus was later reconstituted by the terrorist group AIM and resumed his deadly travels.

Proteus is a parasite who rapidly burns his host but while inhabiting said host is capable of vast reality-bending powers. However, he is nowhere near as powerful as an omnipotent mutant such as Mad Jim Jaspers or Legion : he is, however, far superior to most "average" mutants and even the X-Men as a combined team had difficulty taking Proteus on. 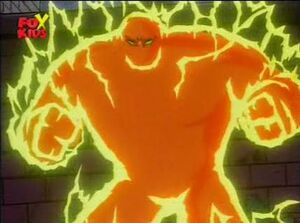 Proteus in the X-Men animated series. 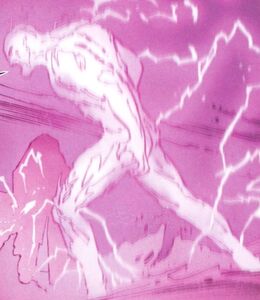 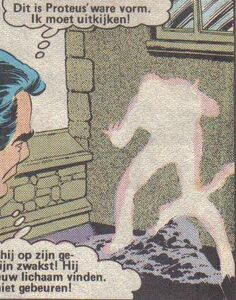 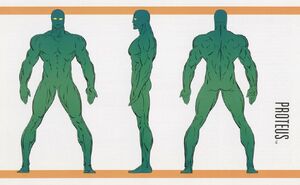 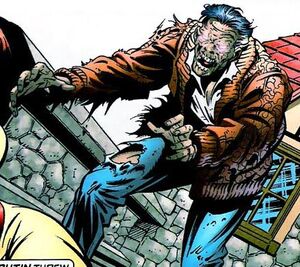 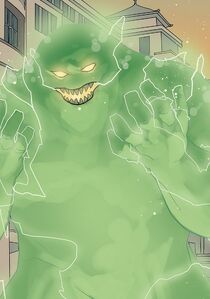 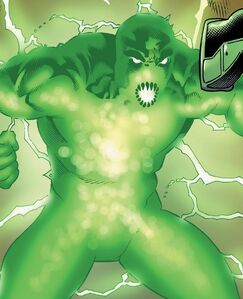