Rampantly kill or feed any way it can.

The Prototype is an SCP documented by the SCP Foundation. Unlike other SCPs, it does not have a classification, this is because that at the time of this SCP's capture, the classification system was not put into place. Given the SCP's extremely violent nature with the ability to teleport, the Keter classification would fit best.

The Prototype is one of many proposals for SCP-001, given by Dr. Gears.

According to the SCP Foundation, reports of the creature first came from Guatemala. Onlookers originally reported seeing a "demon" looking ill, which was approached by four young boys. When the creature opened its mouth and revealed a single eye inside, the boys ran away and immediately contacted the authorities.

The creature would give off sounds explained as "horrible roaring" or "shrieks" from locals over several days. The creature's teleportation ability leaves behind very high radiation, which put twelve people in the hospital. Seven people also went missing during this time. The SCP Foundation began its efforts to capture the creature soon after these events.

During the SCP's containment, it killed many personnel, including Dr. Hermann Keter. Because of this, the "Keter" classification came to exist.

Eventually as SCP-001 became more and more weaker due to growing old, it was finally classified as Euclid. However, on June 15th of 1932 it was able to breach containment and attacked nearby personnel, but was quickly scared by armed guards who began bursting warning fire. They then guided SCP-001 back to its cell, while the attacked personnel quickly recovered. Eventually on August 17th of 1961 SCP-001 died of old age and its remains were collected by personnel who reclassified it as Neutralized. Following the closure of the site that previously held it, the remains were then sent to Site-87 in Sloth's Pit, Wisconsin.

The creature's head is spherical, and very large in proportion to the body, the neck appears too thin to support the head. Its mouth extends halfway around the head, and has no lips. Its mouth has twenty-one teeth, spaced randomly around the mouth; many appear broken, rotten, or chipped. The single eye is a large, ball-shaped, milky-blue sphere presumably kept in the head or throat. The eye appears to “roll” into the mouth when opened. There is no pupil or iris among the single eye.

The Prototype is an extremely hostile and destructive predatory creature. As mentioned before, the creature has a single strange eye in its mouth. When the mouth is open, the eye holds a power to create singularities, which are essentially small black holes. These singularities are used for both the creature to teleport itself, and to attack its victims. As one would expect, its sharp claws are also used for attacking. The singularities cause extreme damage to anything near them, due to the pulling force of them.

When the creature is feeling ill in any way, primarily due to hot and humid weather, it cannot create singularities. The creature is kept in a lead-lined room with strobing floodlights, to keep it permanently immobilized.

The Prototype does not speak or communicate in any way, and only makes shrieking sounds. The SCP Foundation has directly tried communicating and reasoning with the creature to no avail. It makes hunting its only priority, and shows nothing of delay or remorse when killing its victims.

Any further reasoning into the creature's hostility and nature is unknown. 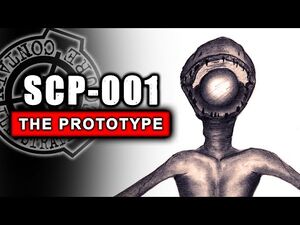 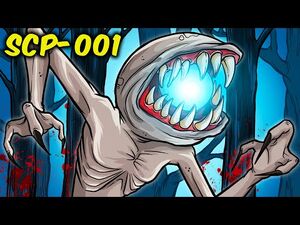 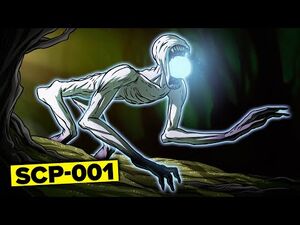