Turn to a life of Crime (formerly).

Save Peter's identity from being revealed (succeeded).
Defeat Spider-Man for his hand in Captain George Stacy's death.Defeat White Tiger for Manuel's death (both formerly).
Help Spider-Man clear his name with the Outlaws (succeeded).

Hobie Brown, better known as the Prowler, is a reformed anti-villainous antagonist from Marvel comics as a foe of Spider-Man.

Hobie Brown was a smart kid who nobody listened to. He was talented at inventing and designing, but was always looked down upon when he suggested something new. Tired of his talents being ignored, Hobie created a super-villain costume and turned to crime, becoming the Prowler. As Prowler, he would steal money, namely from the Daily Bugle, and return it as Hobie Brown, so that he could become the hero he had always wanted to be and impress his girlfriend.

This eventually led him to a confrontation with Spider-Man. Spidey beat and unmasked him, and Hobie told his story. Spider-Man let him go, thinking that he was through with crime. Spider-Man went to Hobie several times for favors, and they became something somewhat like allies.

Aaron Davis appears in the 2017 movie Spider-Man: Homecoming, where he is buying equipment that might set him on the path of becoming the Prowler in the future. He is portrayed by Donald Glover.

Spider- Man: Into the Spider-Verse

Aaron Davis appears in the 2018 animated Spider-Man film, Spider-Man: Into the Spider-Verse. He is voiced by Mahershala Ali, who also portrayed Cottonmouth in Marvel's Luke Cage.

In the video game Marvel's Spider-Man on Playstation 4, after Jefferson death as Miles fix the, TV Aaron is only mentioned after a reporter talk about the tragedy that left Miles orphaned from a father and his mother as a widow.

Aaron makes his debut in the video game spin-off Marvel's Spider-Man: Miles Morales with a much more significant role. This iteration is much more honorable and caring than his main comics version.

Prowler's suit is armored, and has many weapons and paraphernalia to aide in his activities. Gauntlets on his wrists can fire sharp diamond-tipped darts, knockout gas, flames, a powerful blast of compressed air, and other weapons. His gloves are equipped with powerful claws that enable him to grip into walls. Pneumatics in his boots give him the ability to leap great distances.

Hobie Brown is also skilled at hand-to-hand combat such as tae kwon do. 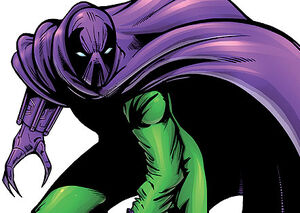 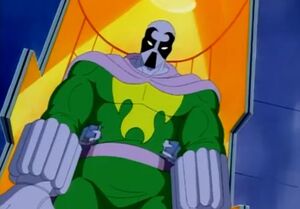 Prowler in Spider-Man: The Animated Series. 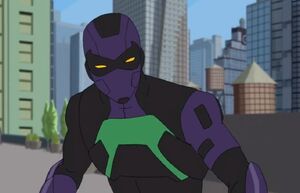 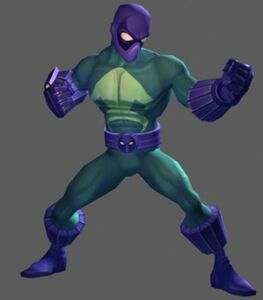 Prowler in Spider-Man: Friend or Foe.