Obey the orders and will of the Slender Man.

Brainwashed Pawns
A Proxy (or Proxies for plural) are a given term for people who are possessed or under the influence of Slender Man. It is suspected that Proxies do the actual physical work for Slender Man: such as creating and manipulating objects; destroying or leaving evidence; creating videos and responding on Twitter, or other social networking; influencing victims as needed, destroying their sanity or killing them in the process.

Example types have not been confirmed, but there are a few close to how certain types of proxies behave. These examples are from the following Slender Man-based blog Encyclopedia Slenderia:

The list of known Proxies within the Slenderverse (those whose Proxy rank may have been confirmed):

One well known Proxy named "The Observer", is one of the main antagonist of the ARG series, TribeTwelve. It is unknown of what his main objective is but it seems he is great interested in Noah Maxwell, the main protagonist of the series. Since he normally likes to taunt, observe and spy on him while he sleeps; as well as hack into his account to play mind games, to the point of him mocking the death of Noah's Cousin, Milo. Even though he is classed as a Proxy, it is known that he has the ability to manipulate time and space, one of the main abilities of Slender Man. He is seen as one of the main leaders along with The Slender Man, of the hivemind-like group of proxies called "The Collective", their main objective is to retrieve a journal written by a World War 2 soldier named Sebastain Kraus. It contains information about an "event" that happened in WWII, and it holds highly damaging information about Slender Man and the Collective. The journal is currently in the possession of Karl Maxwell, Noah's grandfather. There are many other members that go by different codenames like The Observer does and one of them is called "The Firebrand". Unlike The Observer Firebrand wants to help and protect Noah, and in the video The Livestream Incident it is revealed that Firebrand is Noah, either from the future or an alternate timeline. It is also been revealed that the true identity of The Observer is Kevin, who is a close friend of Noah and Milo. The other Collective members' identities were revealed to be: Mary Asher, Milo's mother, Milo Asher himself, Karl Maxwell, and Sebastian Kraus. The only remaining member with an unknown identity is Deadhead.

In the ARG series EverymanHybrid, proxies only appear in the video, next, as they are seen wandering around in a trance-like state outside Evan's house. These are implied to be The Hallowed.

Another ARG series, known as MyDarkJournal is mainly about Proxies since the main character and operator of the channel, Victor is in fact a proxy who had no choice but to serve and let Slender Man take control of his mind as a deal to try and bring back his dead wife.

In the ARG series TalesFromTheSpidersWeb, there are masked characters (Clowny and Sage) who are most likely proxies.

In the short-length Internet film PROXY: A Slender Man Story. The main character, Vince Wilson is turned into a Proxy at the end of the film after he started to have haunted visions of Slender Man as well as murdering his girlfriend.

In the video game Slender: The Arrival. The main protagonist of the game, Lauren encounters a hooded and masked proxy while making her way through a mining facility. Many players have speculated that this Proxy is Kate, a Victim of Slender Man with whom you play as in one of the levels later on in the game. While others believe it to be a unseen character named Charlie Matheson, a Boy who seem to went missing before the events of the game who might also be a Slender Man victim. This is seen when the player collects a letter entitled "Charlie Matheson Junior is missing". In the Steam version it's revealed that the Chaser is Kate and the new proxy with a decaying figure is Charlie who somehow ended up as this.

Anyone from MarbleHornets, one of the big 5 ARG's. That includes Masky and Hoodie.

In the ARG series, DarkHarvest00, the villain known as "KindVonDerRitter/KVDR/Son of The Knight" is seen to be a man who worships Slender Man as a Higher being/God in order to become a Proxy. This is due to his obsession of Slender Man throughout the series in which it drove him to the point of insanity as well as wearing a mask similar to Slender Man's face. It also seems to be that he is also a member or the Leader of The Order of Gorr'Rylaehotep, a cult who also worships Slender Man as a God and Master, performing sacrifices and gatherings in order to please and gain audience to Slender Man. The ultimate goal of the Cult is to be taken into a place known as the "Fourth World" where they believe Slender Man originates from, while KVDR wants to become a higher being similar to Slender Man. The Cult is divided into chapters across America, and are most dense in the east. Their Holy City is the town in New Jersey in which the series takes place. KVDR also operates a blog and an channel based on his own name, to combat and send cryptic messages to the main protagonists of the series, Chris and Alex. He is not a proxy he is just worshiper who hopes to become a proxy but is never chosen himself. 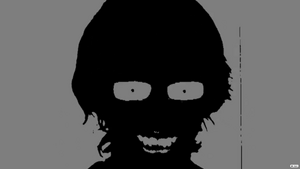 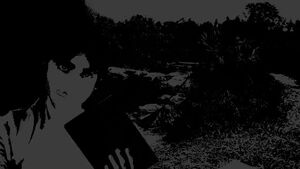 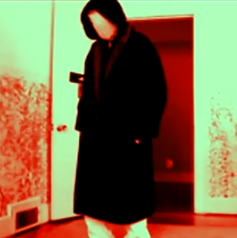 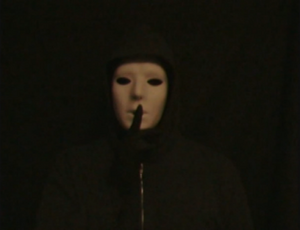 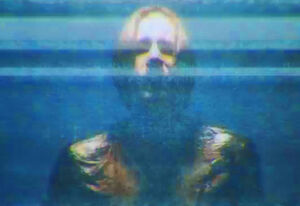 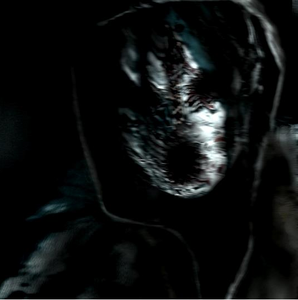 Kate as a Proxy from Slender: The Arrival. 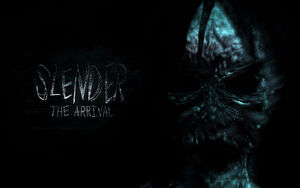 Charlie Matheson Jr. as a Proxy from Slender: The Arrival. 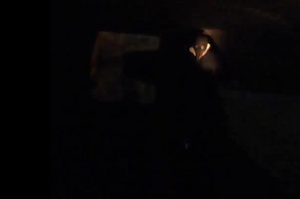 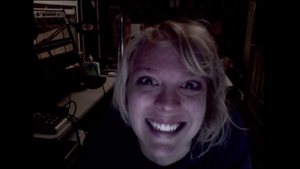 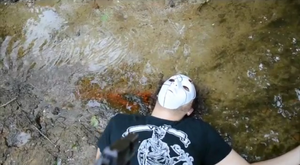 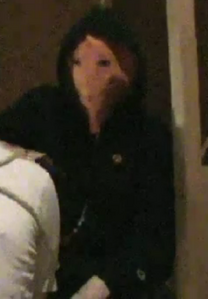 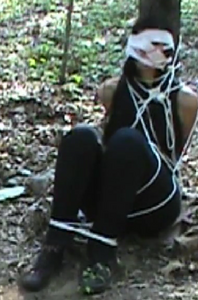 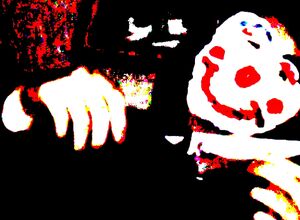 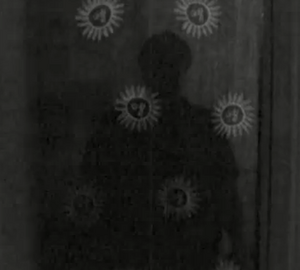 Shadow of The Jackal from The Dead Is Watching. 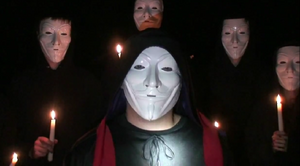 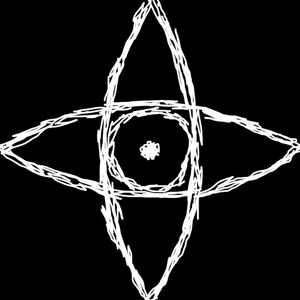 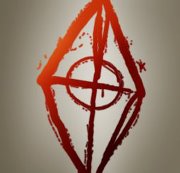 The Cult of Gorr'Rylaehotep Emblem. 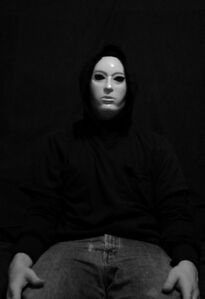 The default attire of a Proxy. 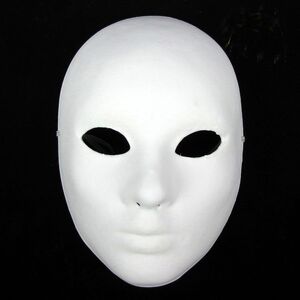 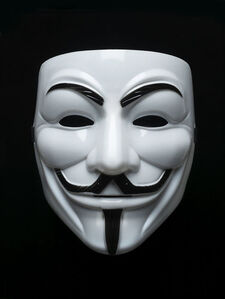