Leader of Onslaught
Member of The Light

Psimon is a minor villain in the TV series Young Justice. Psimon is a psychic metahuman criminal and member of The Light who most commonly uses his powers to mentally torture and mind wipe his enemies. Psimon, in all his appearances, is depicted as Miss Martian's arch-nemesis, as he takes more pleasure in torturing her than any other member of the Young Justice team.

By 2019 he is in a relationship with Devastation.

At Bialya, he and a team of soldiers investigate a technical object called The Sphere. The resulting energy alarms the Justice League who send the Young Justice team to investigate the cause.

After arriving at Bialya, Miss Martian enters the tent the Sphere is located in. Despite Miss Martian being camouflaged, Psimon senses her and telepathically contacts her. Through her connection to the rest of the team, Psimon manages to enter the mind of all of them and removes their memory of the last six weeks. In the resulting chaos, the team seemingly disbands and is hunted down by Bialyan soldiers.

After most of the team have found themselves again and regained their memory, Miss Martian infiltrates the compound once more only to be sensed by Psimon again. He tries to attack her again but this time, she manages to fight back. The two battle each other inside Miss Martian's mind. While this happens, the captured Superboy realizes that Psimon's mind is absent. He wrenches free and Miss Martian manages to bring back his memory. While Superboy takes down the soldiers in the vicinity, Miss Martian and Psimon continue their psychic battle. Reassured by Superboy, Megan manages to defeat Psimon. The resulting explosion destroys the tent and throws back Psimon.

After the group has escaped, Psimon contacts the Light to reveal that Superboy and the Sphere escaped. However, the Light assures him that more tech will be delivered to him.

To ensure that Queen Bee can legally infiltrate the neighbor country Qurac, Psimon is sent to Qurac to mind-control President Rumaan Harjavti into joining the two countries and stepping down to Queen Bee. Wile the Young Justice team infiltrates the presidential palace, Miss Martian sets out to find Psimon. Psimon forces her to reveal her true martian self to him, devastating her. To hide her true self from her friends, she brain-blasts the entire group, but Psimon reveals to her that he recorded her transformation. Once more, he invades her mind where he confronts her over her true appearance. He invades the deepest part of her psyche, torturing with images of her friends looking at her true form in disgust. This enrages her enough to stand up to Psimon, throwing him out of his brain and breaking his psyche in return.

Even five years later, Psimon is assumed to still be recovering from the breaking of his psyche. However, when a all-female group of Young Justice members invades Bialya, Wonder Girl, who is surveilling the base from afar, realizes that a truck who just arrived is carrying Psimon.

When the team's cover is blown, Psimon, Icicle Jr. and Devastation attempt to capture Wonder Girl. She manages to escape and Psimon orders the Bialyan troops to search every inch of the facility for Wonder Girl and other possible invaders. The evil team, joined by Mammoth and Shimmer, eventually heads down into the underground ruins beneath the base. There, they find Batgirl sneaking around and Psimon incapacitates her with a psychic blast. Psimon decides that Batgirl, along with all the captives he is holding down in the temple, are to be transported onto the cargo plane. He orders his team to make sure the plane can lift off according to the timetable.

While the plane is being refueled, the rest of Batgirls team enter the underground hangar to save Batgirl and the other abductees. When Miss Martian, disguised as Shimmer, shuts down the hangar Psimon realizes that something is off. He recognizes Shimmer as Miss Martian and, ready for a rematch, engages her in a psychic battle. At the same time, he contacts his henchmen and orders them to kill Miss Martian in the material world while she is distracted battling him in their minds. However, before they can do so they are distracted when the cargo plane suddenly lifts off. While Psimon is attacked by Bumblebee, Miss Martian has the opportunity to take down Icicle jr. Meanwhile, Bumblebee uses her lasers on Psimon's head, creating a detonation that knocks out Psimon.

Back at the base, Nightwing reveals to the team that Psimon has manipulated the minds of the doctors and nurses in the hospital he was confined to after losing the psychic battle against Miss Martian. While the nurses and doctors thought they were tending to Psimon, they were actually tending to an empty bed for months.

After Aqualad, who had joined the Light as an undercover agent for the Young Justice team, has gotten his brain fried by Miss Martian who was unaware that Aqualad was still on their side, Vandal Savage borrows Psimon from Queen Bee in an attempt to heal Aqualad's mind.

As Psimon prepares to enter the mind of Aqualad, Black Manta orders Tigress to watch over the two. All are unaware that Tigress is actually Artemis, who is undercover in Manta's organization together with Aqualad. Artemis realizes that their cover would be blown once Psimon finds the truth in the mind of Aqualad. Thus, before he can enter Aqualad's mind, Artemis stealthily attacks him with a tranquilizer dart. Although he is drugged by the dart, Psimon realizes what is happening and uses his psychic powers to slam her into a wall. He forces her to reveal her secret and realizes that she is Artemis. He also realizes that the dart Artemis shot him with is an invention of her father, Sportsmaster, and that the effects cause catatonia for weeks. However, he claims that Artemis underestimated how long it takes for the drug to work. Nonetheless, Psimons succumbs to the drug moments later and is unable to warn anybody about Artemis' true identity. 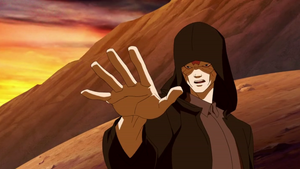 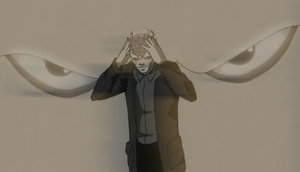 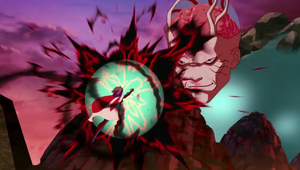 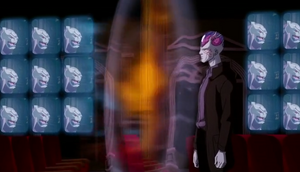 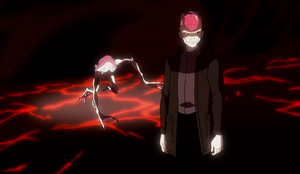 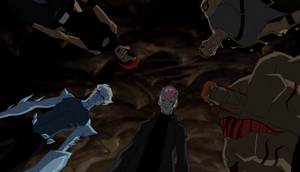 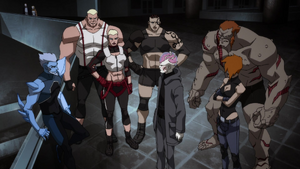