It has a metal face, which is covered by a mask, and a bionic arm, which can change on a nail or a laser gun and more weapons, presumably controlled by nerve signals.

Other plans after his death

These mechanical warriors are a great nuisance for Max Steel as they are thousands and are scheduled around the world and to destroy Max Steel. Although Psycho died and perished being manufactured more of these robots. The first robot Psycho was very similar to him by his full silver and his yellow hair like him, also had a complex language program and personality, had a laser on his arm like Psycho, appeared in the film "Endangered" and was the one who killed Bio-constrictor to self-destruct with him, Max never fought with this robot. It was later when Max analyzing the basis of Psycho had to fight these robots, because Psycho left him an army of their robots to "give him welcome" and Max could not disable the M-7 device, this happened in the movie " Countdown". Since then Psycho robots have dark colors besides silver. Appeared for the last time in Max Steel: Monstrous  Alliance, now scheduled for Toxzon as part of his master plan. These robots are not very powerful if they are alone but as a unit can be lethal. Some can speak and others do not. Max has said he can not believe that after all this time still smile. 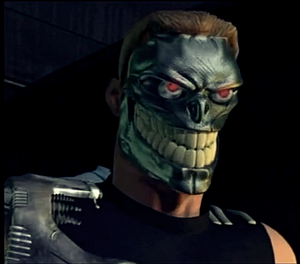 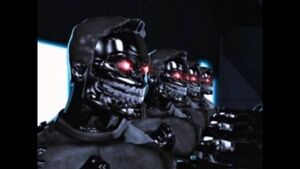 Pyscho's clones
Add a photo to this gallery

Retrieved from "https://villains.fandom.com/wiki/Psycho_(Max_Steel)?oldid=3706241"
Community content is available under CC-BY-SA unless otherwise noted.