Destroy and vandalise as much household property as he can (succeeded).

Psycho Kid (born September 29, 1992) is the main protagonist of the McJuggerNuggets YouTube channel and it's famous series of videos known as the Psycho Series and the graphic novel Psycho-Kid vs. Psycho-Dad, the sequel to the Psycho Series, and The Devil Inside series. Despite being the main protagonist, he commits many questionable actions throughout the course of the series.

He was portrayed by Jesse Ridgway who also portrayed The Devil and Isaac Kalder.

He makes money with YouTube videos and it is his job, but his Dad would never accept this and force him to get a "real" job and if he refuses, he destroys his consoles over and over again.

Eventually, his feud with Jeffrey becomes worse to the point where he hits Jeffery with a beer bottle to stop him from attacking Corn. This leads to Psycho Dad smashing most of his stuff including his car and Theresa divorcing him and moving to Melissa's.

Later, Jesse ends up making amends with Jeffery, but ends up cutting ties with his mother after Melissa corrupts her. His relationship with his dad also becomes worse after Psycho Dad makes him work with his equally abusive brother Chris on a farm after Jesse failed to get a job his father considered acceptable.

In the end of the series, Jesse could not take it anymore, and he decided he will kill his dad.

In the final episode Jesse comes in their house, speaking to the father for the last time which escalated in Jesse shooting him with a pistol. He ends up ruining his newfound bond with Jeffrey in the progress for not only killing their father, but forcing him to film the entire thing.

After of which, Jesse ran out of his home driving his car to escape the murder-case.

Psycho Kid is a lazy undergraduate who has a powerful love for his video games, this is a core source of most of the Psycho videos, leading to either destruction, harm, or a conflict about his video games. Just like his brother and father, he has anger issues, and is very reactionary. He often solves his problems by lashing out on others despite him resenting his father for doing the same.

After being kicked out for destroying baseball trophies awarded to Jeffrey Ridgway Sr. decades prior, life outside The Ridgway Residence slowly visits a darker side of Jesse, as he became hellbent on revenge against Jeffrey Ridgway Jr. to the point of being greedy and very manipulative when he used his family to pull a prank on his brother, which ultimately led to being exiled from his house again & when he manipulated his cousin Tom to pull a second prank on his brother, which led to what Jesse believed was a third banishment from Larry Abraham. He has been heavily criticized for his arrogance and behavior towards friends and family by YouTubers but his Juggies still support him because they can relate to what it feels like to be in a family like his. Not helping was that Jesse got himself in trouble because of his poor decisions.

Despite the immaturity, when he was slapped by Aunt Melissa in A SLAP IN THE FACE!, he handled the situation in a surprisingly mature manner, not retaliating, but instead leaving. This shows that he can show restraint when needed. Then again, given that he chewed out his dad for manhandling Meilssa, it's possible that he did not feel comfortable hitting or verbally attacking a woman.

According to Jeffrey, Jesse has a very rebellious side of him and has issues with authority figures (which he admits but states he only has a problem if it's unjustified) as he is very disrespectful towards his father and is hesitant to do things for him. This is likely caused from his father smashing his belongings which has cause him to to hold almost zero respect for his father. That said, judging from how he sometimes disrespects his mother, Jesse does have a hard time obeying others.

Nearing the end of the series, Jesse was finding it difficult to distinguish reality from fantasy, talking and arguing with an inanimate object which he called Demma and having violent mental breakdowns when residing in the former fan mail room he was forced to record videos in, this was the final straw and ultimately caused his fathers demise.

Jesse essentially became what he had written on the walls of the former fan mail room, and what he called his own father plenty of times: a psychopath. The fact that he almost shot his brother cements this. 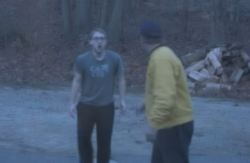 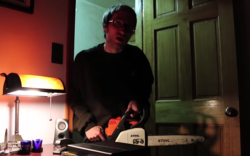 I want to get dad back.

Jesse attempts to attack Jeffrey Ridway Sr., but is stopped by Zachary Cornatzer and Mark Locuson.

Jesse and Larry beat Jeffrey's PS4 with a baseball bat and nunchucks.

Corn did, Corn did that!

YOU MADE ME THIS WAAAAAY! 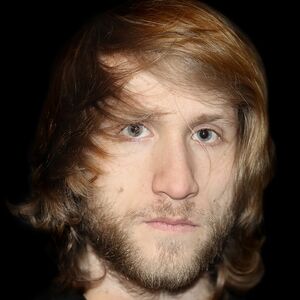 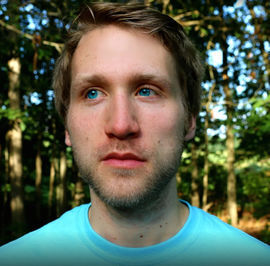 Jesse's second profile picture.
Add a photo to this gallery 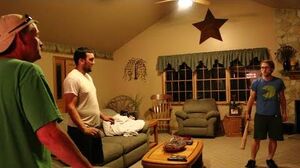 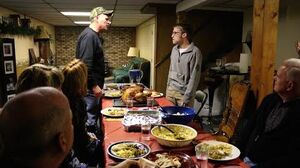 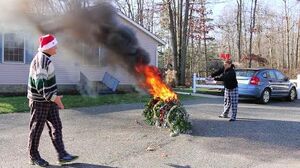 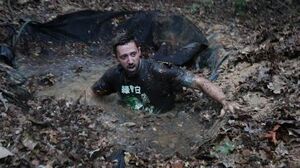 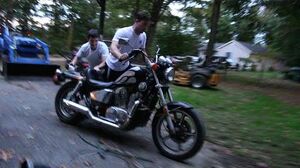 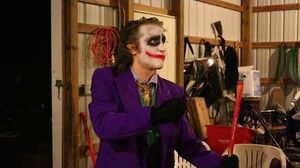 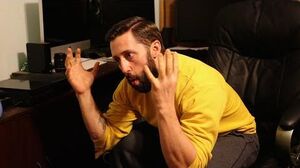 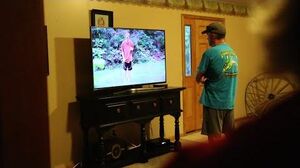 Psycho Dad Watches McJuggerNuggets
Add a photo to this gallery

Retrieved from "https://villains.fandom.com/wiki/Psycho_Kid?oldid=4237783"
Community content is available under CC-BY-SA unless otherwise noted.