Kill as many people as he can.

He was voiced by Doug Stone, who also voiced Amachi in the Naruto series, and Wang Chan in JoJo's Bizarre Adventure.

Psycho Mantis was born in a small village in Russia, prior to the fall of the Soviet Union. His mother died giving birth to him, resulting in him being hated by his father. Psycho Mantis discovered how his father felt after accidentally reading his mind and began to worry that his father would kill him. Eventually, his subconscious became dominant, resulting in the boy using his telekinetic powers to burn down the village. No one survived and the experience left Psycho Mantis burned and scarred, especially on his facial area. He was captured by the Soviets to be experimented on.

Psycho Mantis appears as Tretij Rebenok in Metal Gear Solid V: The Phantom Pain. While his actions seem quite mysterious, it is revealed that the boy at this point is unable to control his powers, and could be easily influenced by others with the most hateful thoughts. On February 26, 1984, Mantis was transported to a research lab from Czechoslovakia via plane. Mantis was influenced by the comatose Big Boss dark thoughts, which crashed the plane, with Mantis being the only survivor. At the lab, he encountered the body of Volgin, and the sheer hatred led to Volgin being revived by Rebenok as The Man on Fire. The two of them burned down the entire facility. The Man on Fire and Rebenok attacked the Cyprus hospital where "Big Boss" was. During the rampage, the two also fought XOF forces, and Rebenok was interchangeably influenced by both Volgin and Venom Snake. Rebenok would later follow alongside Volgin as the latter continued to chase Venom Snake until rainfall would prevent Volgin from continuing his pursuit.

Tretij Rebenok and the Man on Fire would be found by XOF's leader Skull Face, whose lust for revenge dominated Rebenok, allowing Skull Face to also control the Man on Fire. Working as a child soldier for XOF, his psychic powers would be used to control Metal Gear Sahelanthropus. During XOF's battles with Diamond Dogs, Rebenok encountered Venom Snake during the latter's attempt to collect the Honey Bee weapon, using Sahelanthropus to capture Snake at Da Smasei Laman to allow Skull Face to confront him. Later, when Snake attempted to extract Huey, Skull Face, Mantis, and Sahelanthropus intercepted and chased Snake, although he escaped. Later, at the Devil's House, Skull Face ordered the Third Boy to have the Man on Fire to kill Snake, but Mantis was distracted by the dying Shabini, and mercy killed him, briefly usurping Skull Face's control. Continuing to chase Snake, the Man and the Third Boy failed to kill him.

During the climatic battle at OKB Zero, the Third Boy once again pitted Snake against the Man on Fire. However, the boy detected one with more willpower than any of them; Eli, a young Liquid Snake. Forming a kinship with him, he turned on XOF, and attacked them with Sahelanthropus. He and Eli then turned on Diamond Dogs, even though Sahelanthropus was defeated, he stole a vial of the English strain of the vocal cord parasite. Later, Rebenok would help Eli and a group of child soldiers escape Mother Base with the Metal Gear In the cut "Kingdom of the Flies" mission, Psycho Mantis helped Eli set up his kingdom, and when Diamond Dogs destroyed it, he saved Eli by psychically extracted the vocal cord parasites in his throat, and they escaped together.

After the events of 1984, Mantis became a part of the KGB, acting as part of its psychic intelligence division. When the Soviet Union fell, Psycho Mantis went to the US, joining the FBI, where he would delve into the minds of suspected serial killers to get the truth. But during one such interrogation, Psycho Mantis delved too far into one killer's mind, which deeply affected him, causing him to take on the killer's psychotic personality. After leaving the FBI, Psycho Mantis worked freelance and offered his services to the highest bidder. But as he read mind after mind, Psycho Mantis became utterly disgusted with humanity, stating everyone focused on sex. Eventually he joined FOXHOUND, becoming the group's psychic expert and psychological warfare specialist.

21 years later in 2005, Psycho Mantis and the other members of FOXHOUND grew tired of their role as minions of the government. They took over Shadow Moses Island with Psycho Mantis using his powers to brainwash any soldier who did not join them willingly. He later attempted to read Donald Anderson and Kenneth Baker's minds, but they had surgical implants in their brains that made it impossible for him to do so. After Revolver Ocelot killed Anderson in a torture session, Psycho Mantis came up with a plan. They would trick Solid Snake into obtaining the PAL key from Baker and have him activate Metal Gear REX, believing he was actually deactivating it. They had Decoy Octopus disguise himself as Anderson to convince Snake to do so. Psycho Mantis later took control of the mind of a rookie soldier that Snake met in the holding cells, making him shoot at Snake. Soon after, Psycho Mantis appeared to Snake in hallucination caused by psychometric interference from what he had been doing.

As he lay on the verge of death, Snake took off Psycho Mantis' mask so as to hear his last words. He told Snake about his past experiences, comparing them to Snake's and said he had seen that humans could only make each other suffer. Psycho Mantis went on to say that he did not really agree with Liquid Snake's uprising, he just wanted to kill as many people as possible, but Psycho Mantis said that was not so bad compared to Snake and stated that he was even worse than Liquid, saying Snake was true evil. The psychic also told him that when he had read Meryl's mind, he had see Snake meant a lot to her though he did not know if they had a future together. As he came closer and closer to death, Psycho Mantis asked Snake to put his mask back on. It kept him from hearing people's thoughts and in his final moments, he wanted to be on his own. With his telekinesis, Psycho Mantis opened a secret passage that lead to Metal Gear REX's maintenance base.

Just before he died, he said this was the first time he had used his abilities to help someone and it actually felt a little nice. After dying, Psycho Mantis' brainwashing of the Genome Solders started wearing off and they started losing morale.

As Liquid Ocelot began building his forces, remnants of Psycho Mantis' psychic power were harnessed with nanomachines. It played a vital role in creating the Beauty and the Beast Unit, particularly Screaming Mantis. Psycho Mantis' psyche was integrated into her using the nanomachines and hypnosis, letting her use her constant state of fear in battle, but her own psyche was almost completely ripped out.

Using Screaming Mantis as a medium, Psycho Mantis’ powers were used to control the other Beauty and the Beast Corps so they could be effective in battle. So in essence, Psycho Mantis was the real leader of the Beauty and Beast Unit. 9 years later in 2014, Snake infiltrated the Outer Haven, where he faced off against Screaming Mantis, the last Beauty and the Beast Unit member. After taking her down, her suit reformed and began floating in the air as Psycho Mantis' spirit appeared. He demonstrated his psychic powers to Snake once again when the Sorrow showed up, sending the psychic's ghost back to the grave.

Psycho Mantis is an extremely powerful psychic, declaring himself the most powerful telepath and psychokinetic in the world. He is able to take control of people's minds to manipulate them like puppets and has demonstrated the ability to generate hallucinations. But Psycho Mantis cannot help hearing other people's thoughts unless he wears a gas mask. 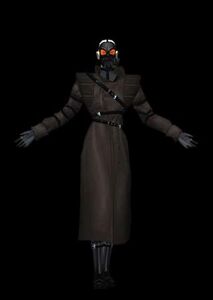 Psycho Mantis in The Twin Snakes. 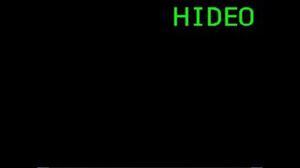 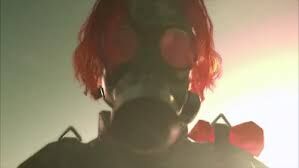 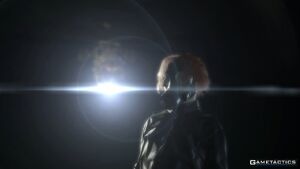 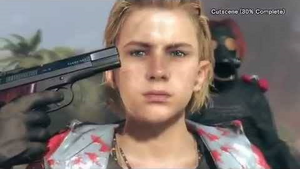 Young Psycho Mantis alongside Liquid Snake, who is about to shoot himself before Mantis stops him.